Here in 1771, an armed rebellion of backcountry farmers called Regulators battled with royal governor William Tryon's militia. The spark for this conflict was growing resentment in the Carolina colony against the taxes, dishonest sheriffs, and illegal fees imposed by the British Crown. In response, the Regulators were formed and began to fight back. Though the rebellion was crushed, a few years later their tactics became a model for the colonists fighting the British in the American Revolutionary War.

Admission is free
Donations are appreciated

Guided tours of the Allen House are provided upon request. We ask that groups make reservations in advance.

Historic Structures
The John Allen House (1780) is furnished with pieces from the period. The site also features a smokehouse. 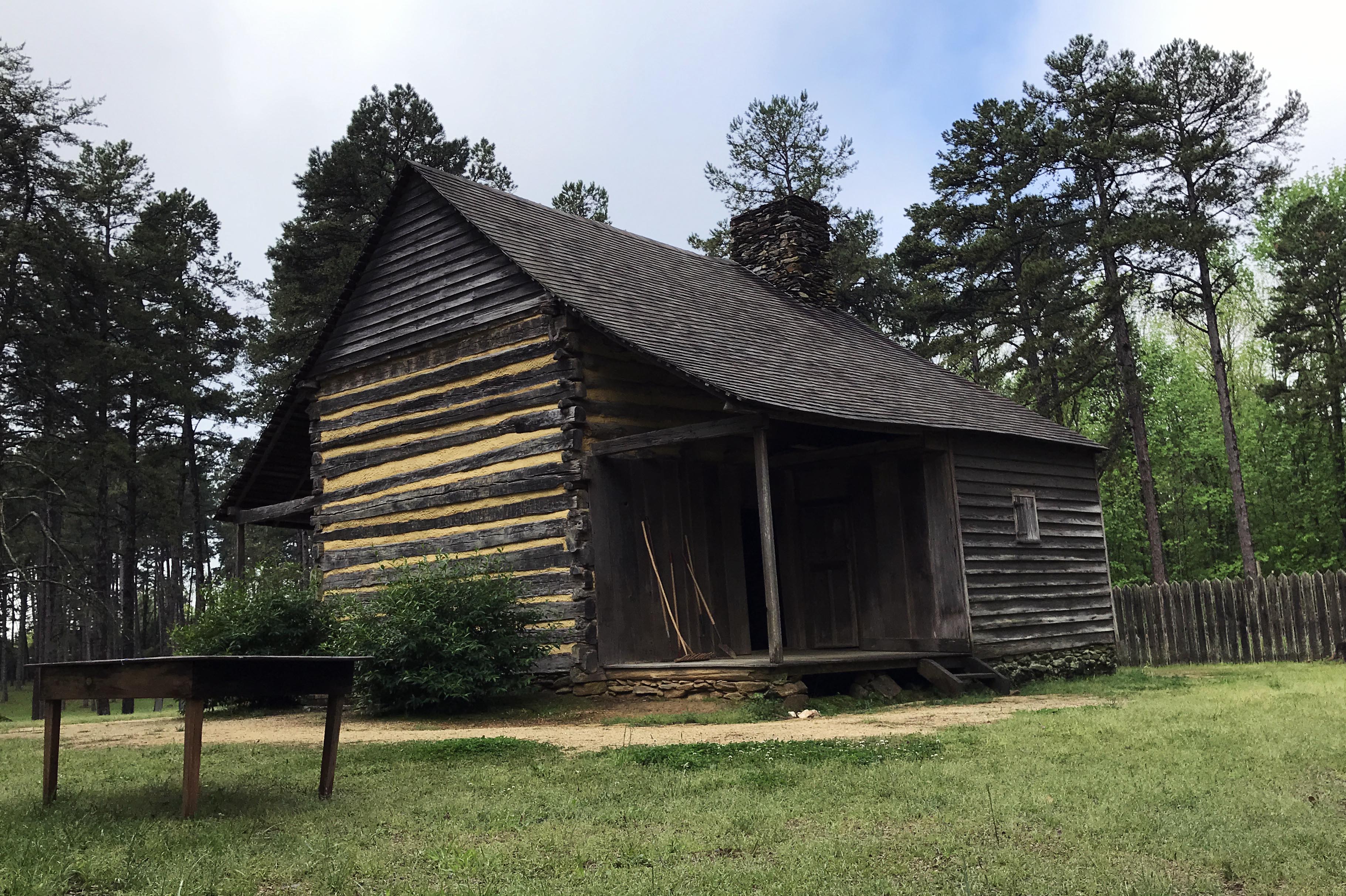 Visitor Center
The visitor center houses exhibits and the twenty-five minute audiovisual program The War of the Regulation, relating the history of the Battle of Alamance and the North Carolina backcountry in the eighteenth century.

Trails, Monuments, Outdoor Exhibit
On the grounds is a three-quarter-mile nature trail, the James Hunter Monument, and the 1880 granite column commemorating the battle. Colored pennants mark the battle positions and Regulator campsite on the battlefield. 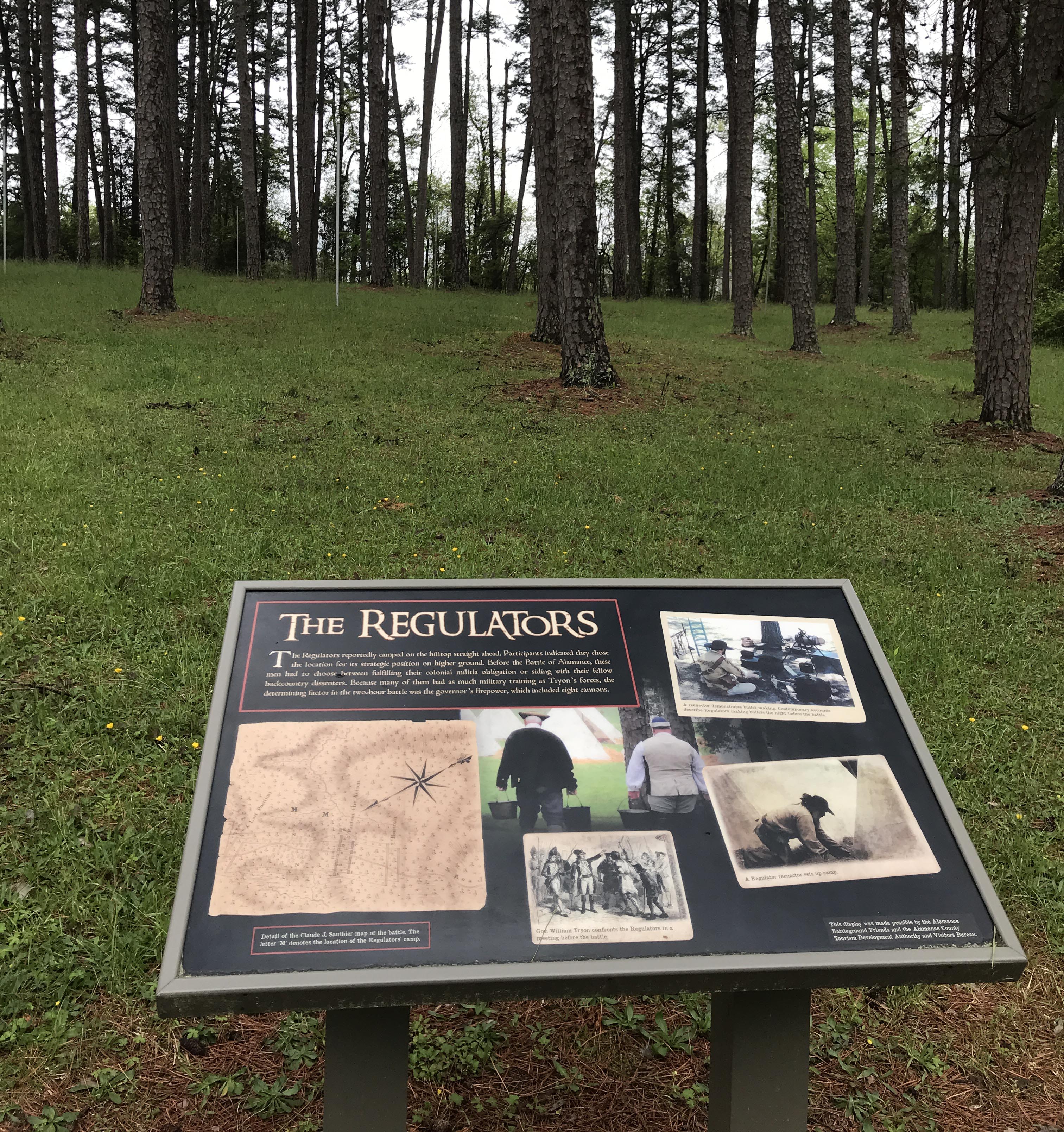 Handicapped Accessibility
The site’s visitor center and restrooms are accessible to all visitors. Assistance may be needed for tours of the Allen House. The house stands eighty yards from the visitor center and has two steps to access the porch.

Gift Shop
A sales desk is operated in the visitor center with books and souvenirs related to the colonial era.

Events are held annually to commemorate the Battle of Alamance (May 16, 1771) and offer unique glimpses at colonial life. Scheduled groups can request special demonstrations performed by costumed interpreters. Some of these involve hands-on opportunities.