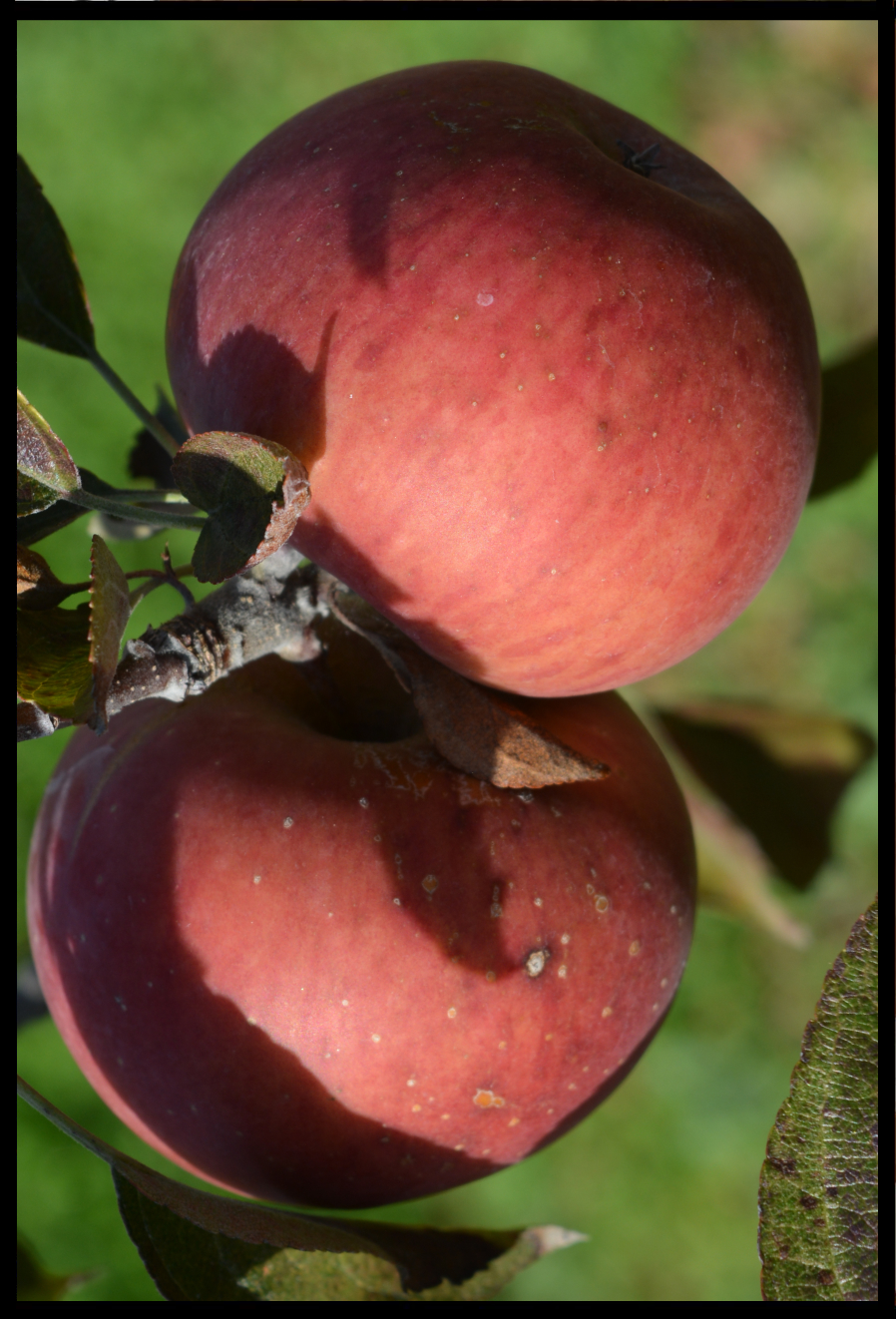 History: This apple was exhibited at the 1914 meeting of the Georgia Horticultural Society where the tree was described as being very resistant to fungus diseases. The apples were prized for cider and apple butter. 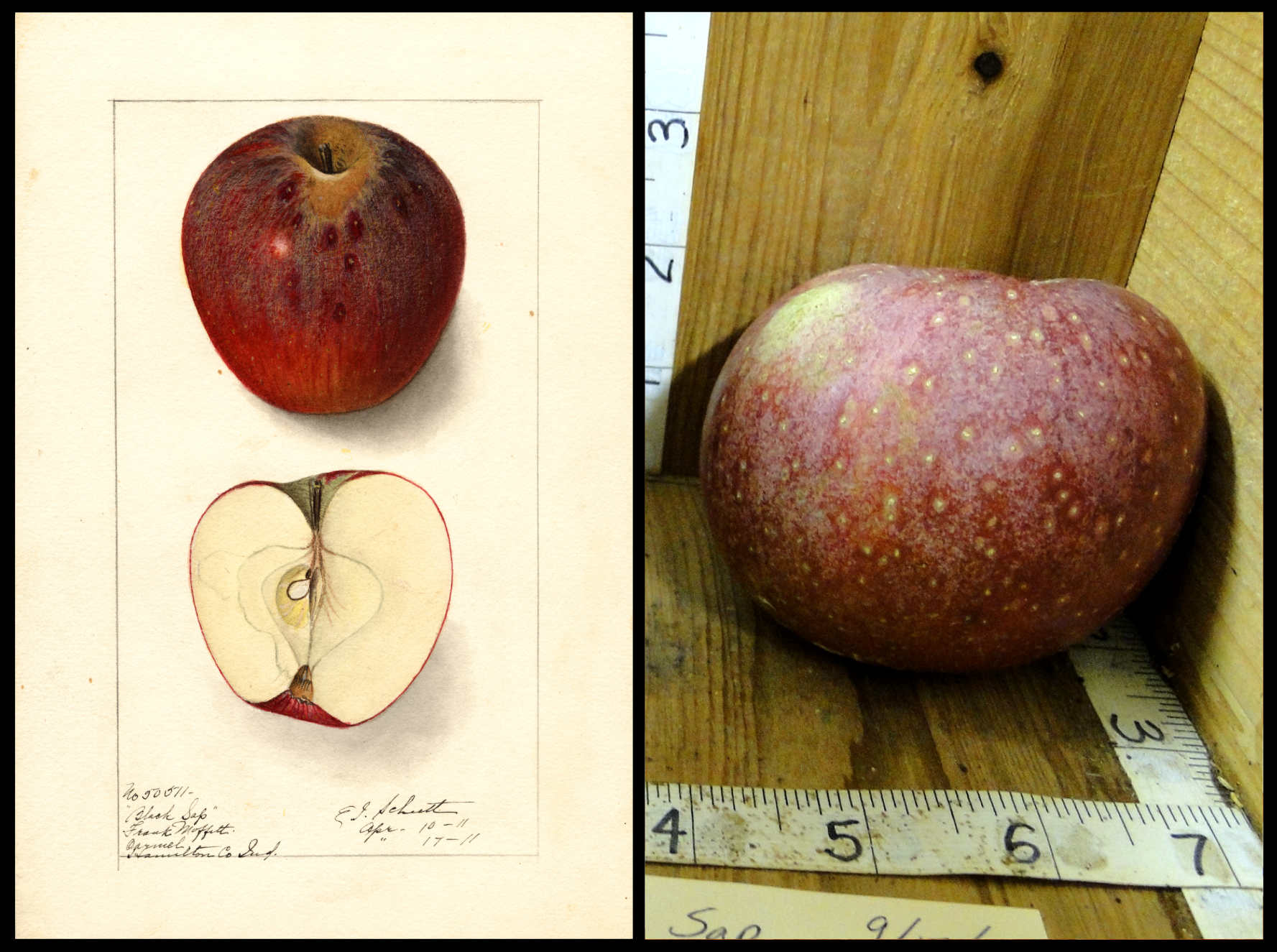 History: Black Sap fruits well in much of the South. In 1896 a prominent Tennessee orchardist and nurseryman called it “the finest apple grown in Middle Tennessee.” It was highly praised in a 1908 USDA bulletin as observed in orchards in both Virginia and north Georgia. 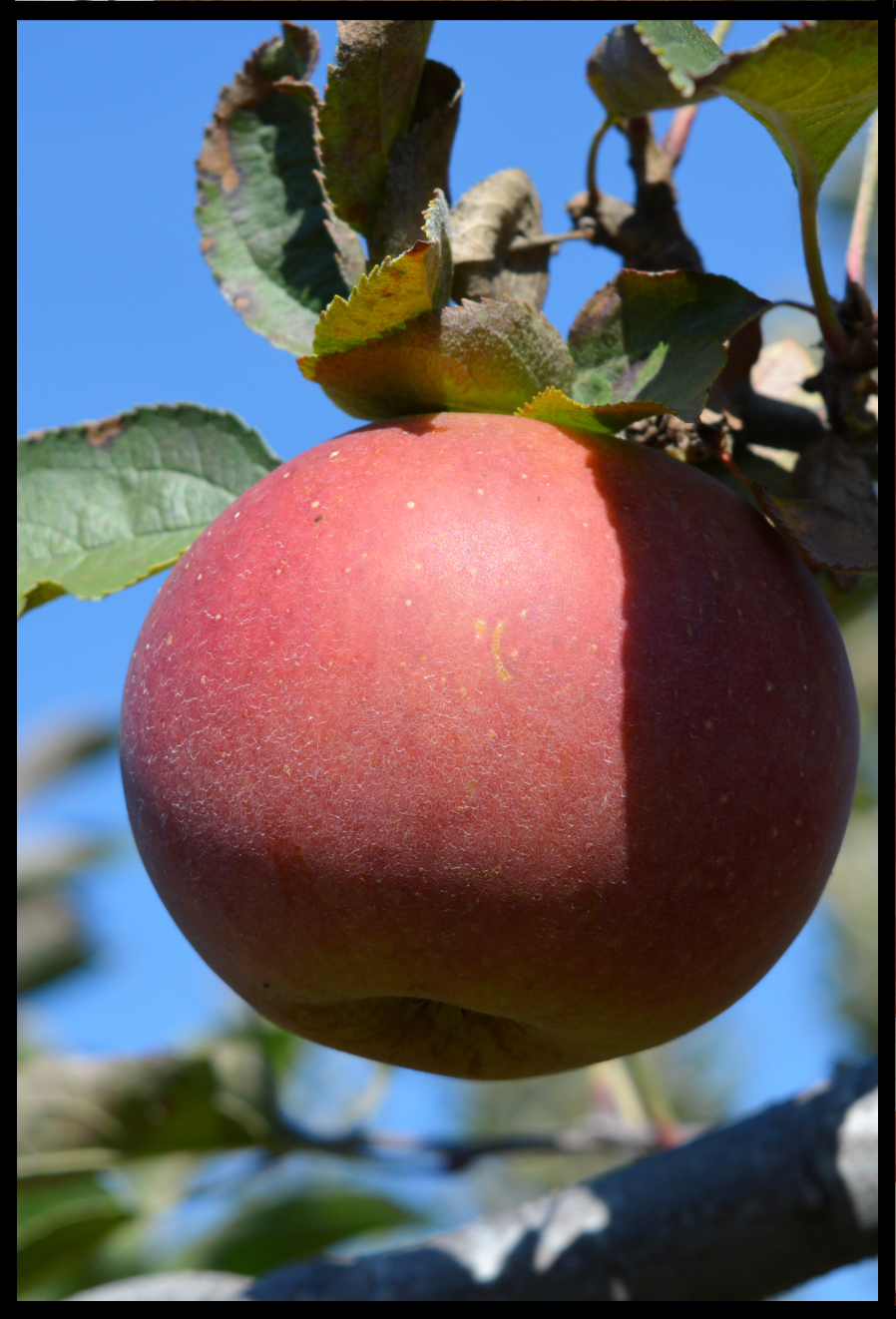 History: Starting in 1884, there was debate over Paragon versus Mammoth Blacktwig regarding the burning questions: Are these the same apple and, if not, which came first. People began looking back to find the origins of thse two apples to see if those origins somehow converged into a single “mother tree,” a common progenitor of these two apples which were so remarkably alike. Sorting through the trees’ histories, there is no common origin for Paragon and Mammoth Blacktwig. They are both apparently seedlings of Winesap.  The close resemblance of the fruit of Paragon and Mammoth Blacktwig fooled even the experts. It also resulted in nurseries so mixing up these two varieties that no one today can be absolutely sure which apple is which. This was Lee Calhoun's favorite apple, and is Jason Bowen's favorite as well.

Description: These descriptions are taken from old publications and are provided to let the reader compare Mammoth Blacktwig (Arkansas) and Paragon. 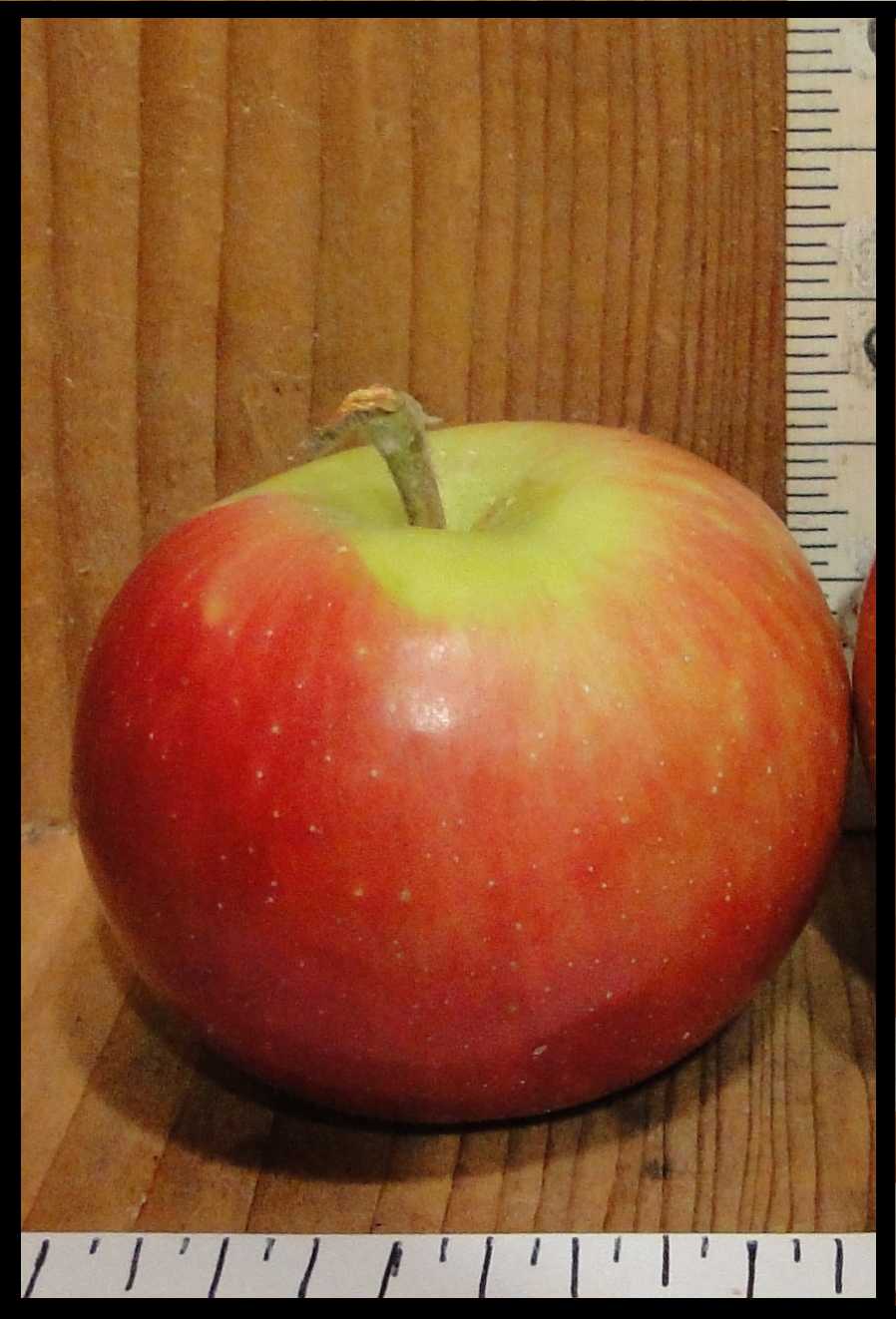 History: A modern apple, one of very few developed in the South in the past fifty years. It was bred at the USDA Experment Station in Byron, Georgia and released in 1982. It has not become popular, commercially or in the backyard, for several reasons. It tends to be a biennial bearer and ripens late July/August when it quickly becomes mealy. It is said to have good frost tolerance at blossom time. 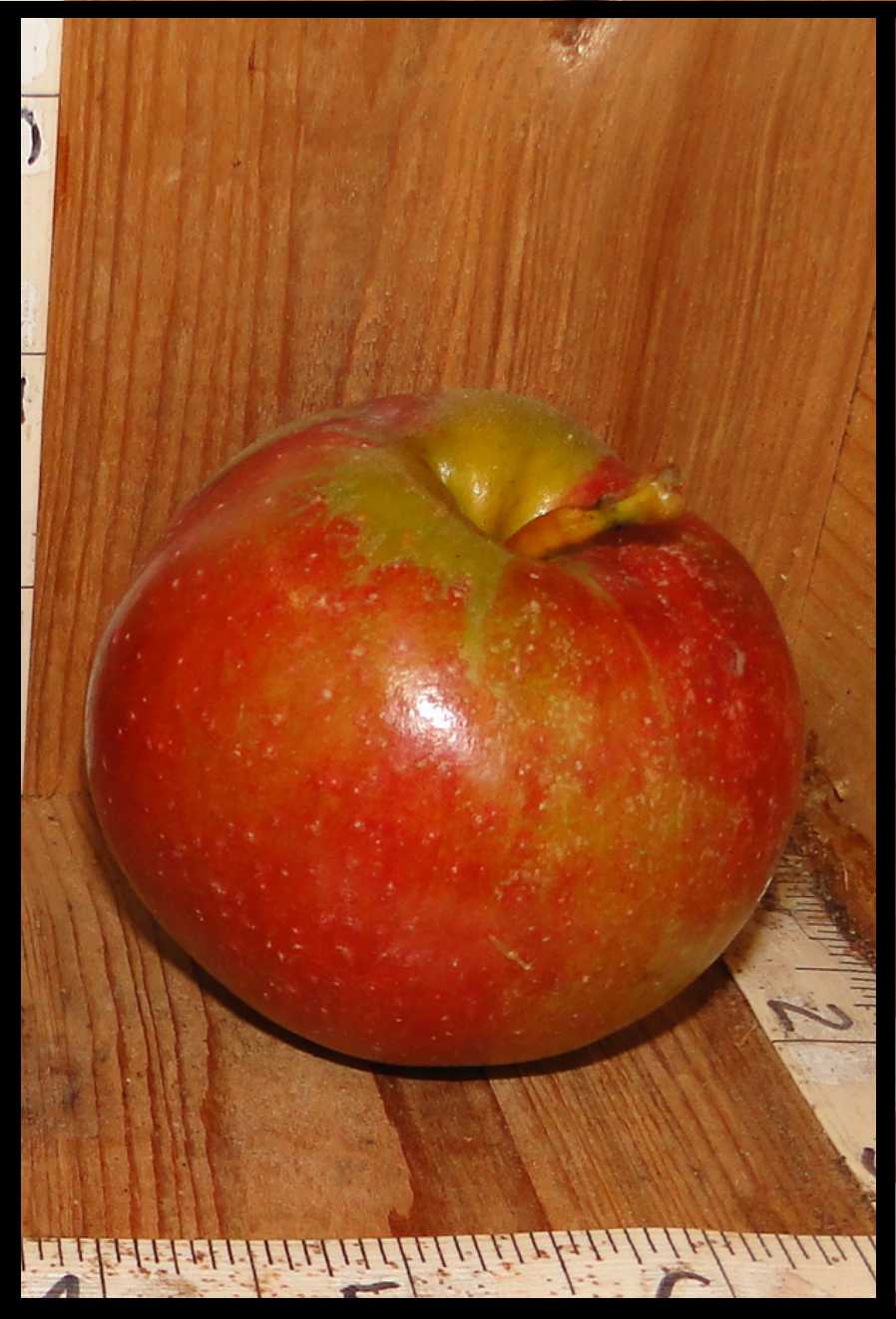 History: The late Maurice Marshall, a nurseryman in Pinnacle, North Carolina, found this apple somewhere in Virginia in the mid-1990s. It is strikingly beautiful and a delicious eating apple. 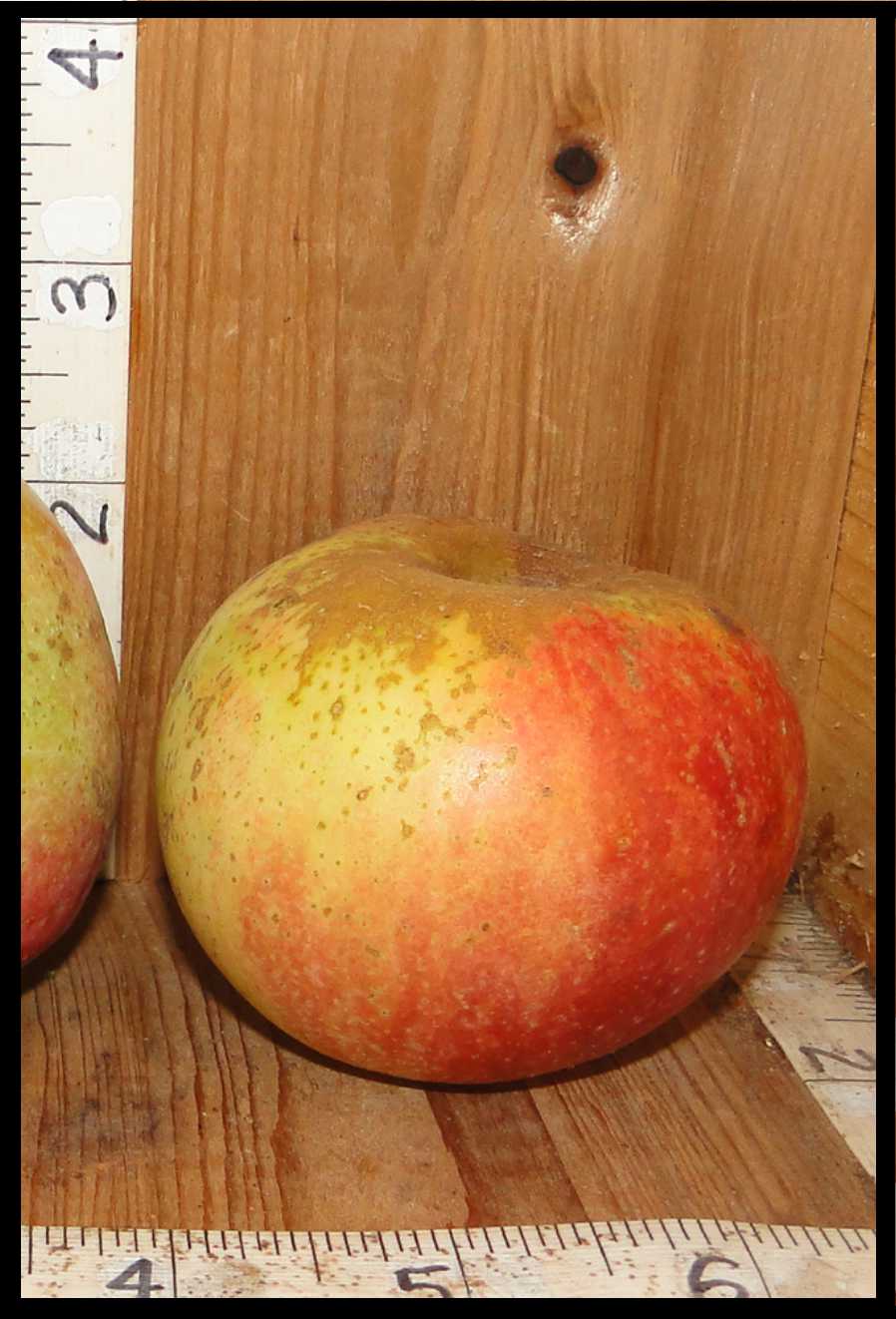 History: This old apple, once used for drying and pies, was widely grown near Concord, North Carolina, where several trees still exist. Scions were provided by Jack Rankin of Concord. A Boger apple is grown around Columbia, Tennessee, but appears to be a different apple. 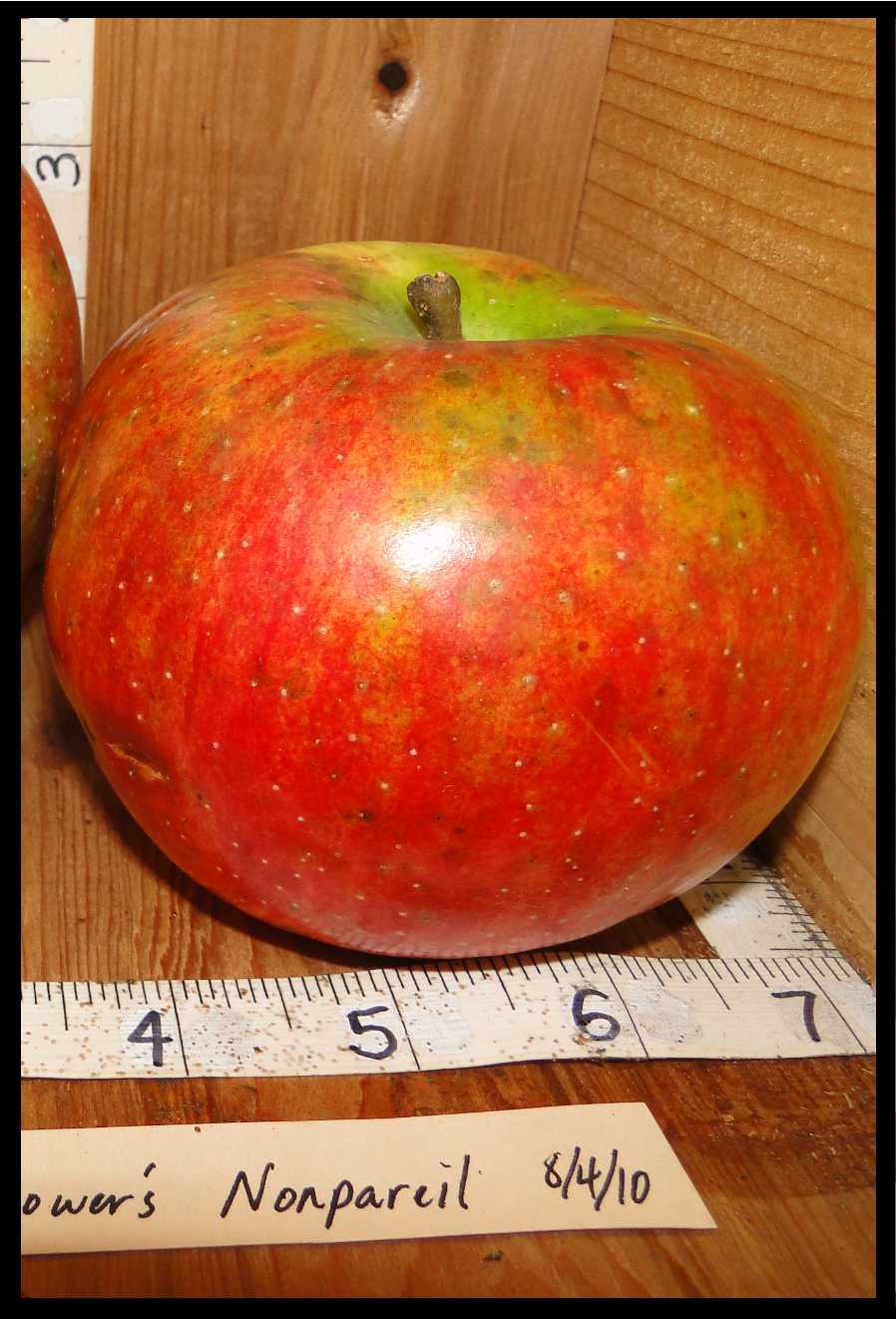 History: Bower’s Nonpareil originated near Harrisonburg, Virginia. It was listed under the name Big Green and described as a new variety in the 1870 catalog of the Forest Nursery, Fairview, Kentucky. Downing (1900) says the tree bears annually but has larger crops on alternate years. 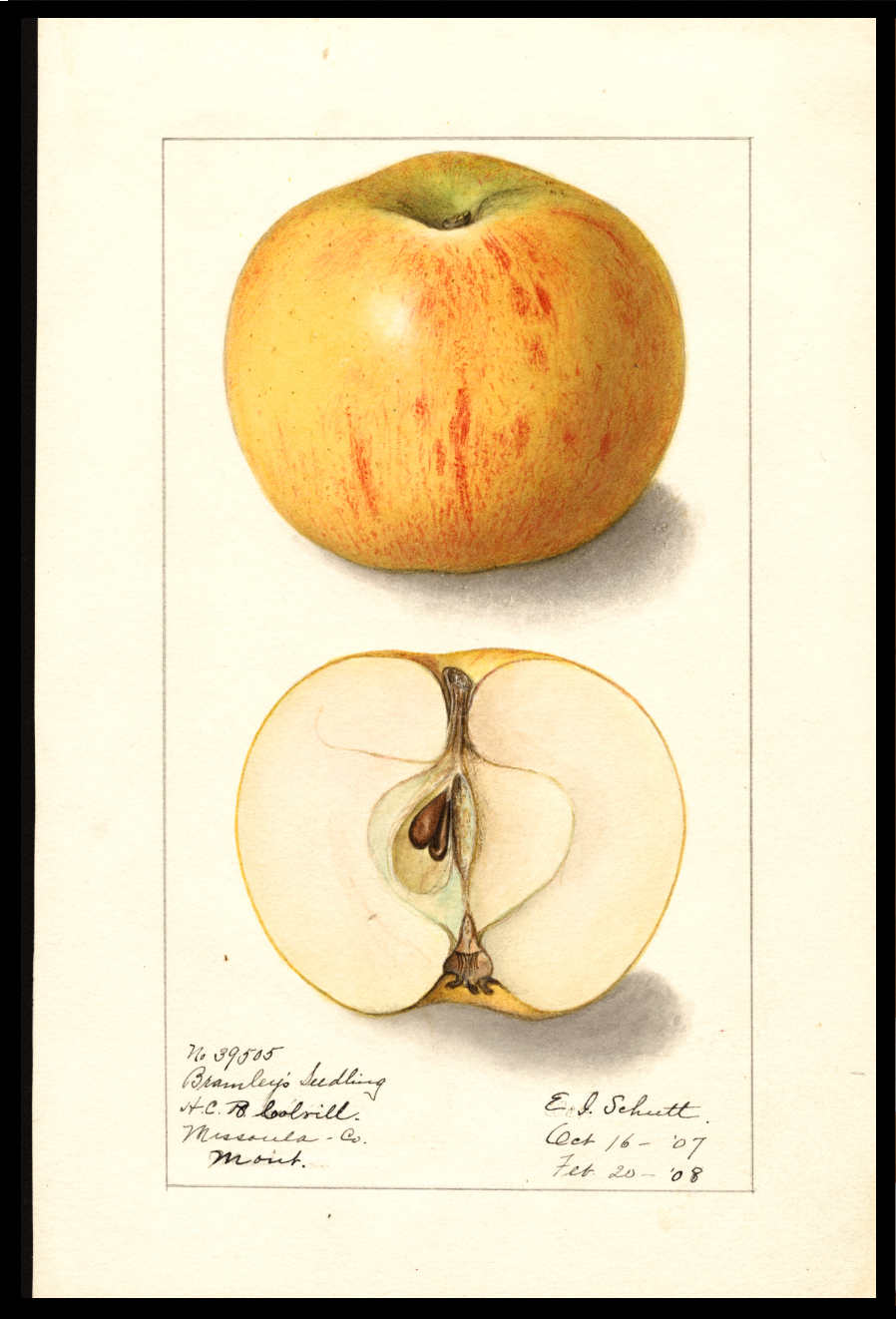 An old English variety dating to the 1700’s from Southwell, Nottinghamshire. Today in Southwell there is a public house known as “The Bramley Apple.” Long considered by many apple enthusiasts as the “world’s best cooking apple”, Bramley’s Seedling quickly gained favor in this country for its tangy, sharp flavor and outstanding cider-making qualities. Fruit is very large and greenish-yellow in color with light red striping. Harvested from October through November and considered a fair keeper. 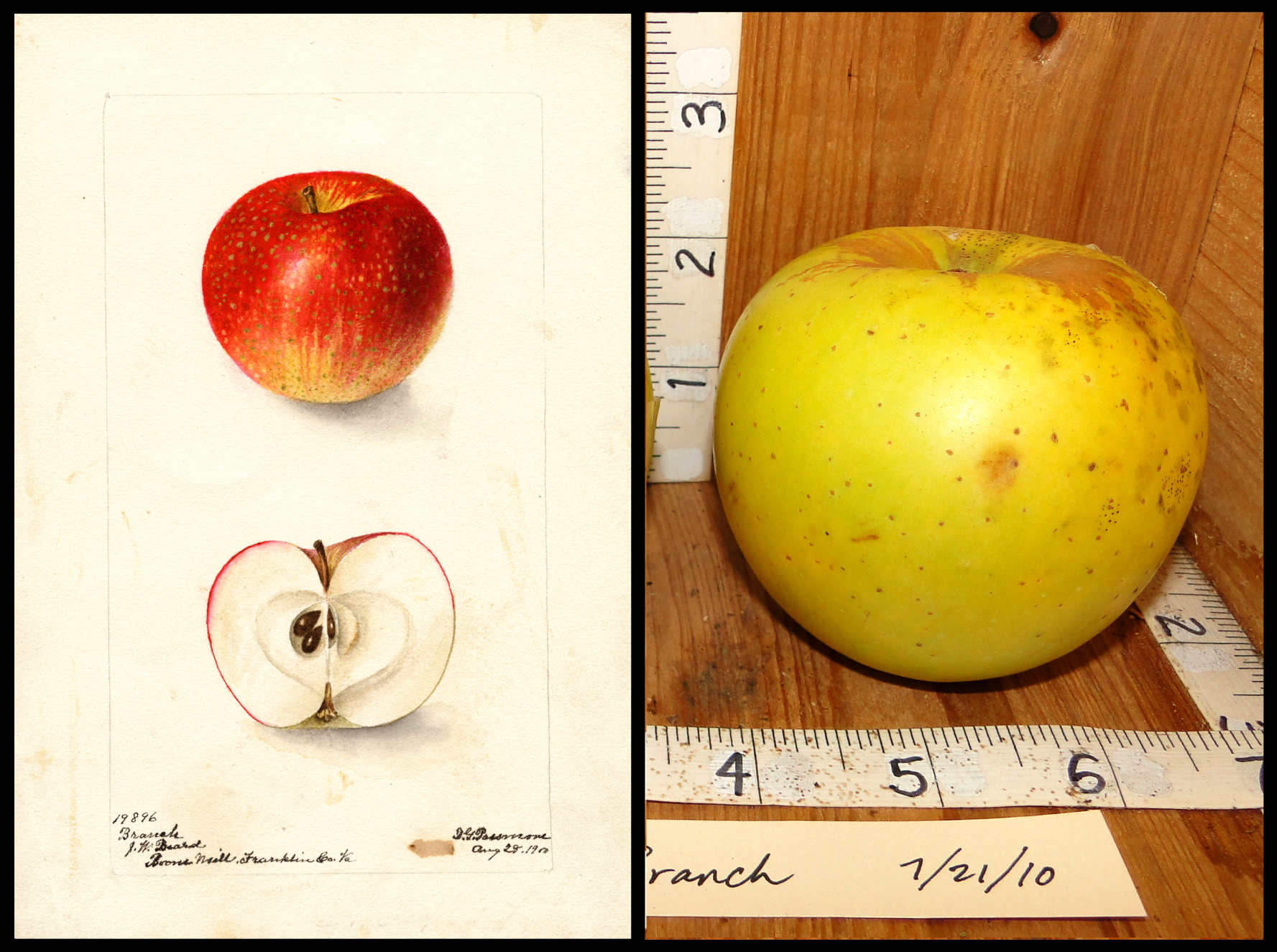 History: This is a local apple from Brunswick County, North Carolina, which lies on the coast near the South Carolina line. Branch is adapted to the warmer areas of the coastal pains. Doris Redwine of Ocean Isle Beach, North Carolina found this old variety which she enjoyed in her childhood. 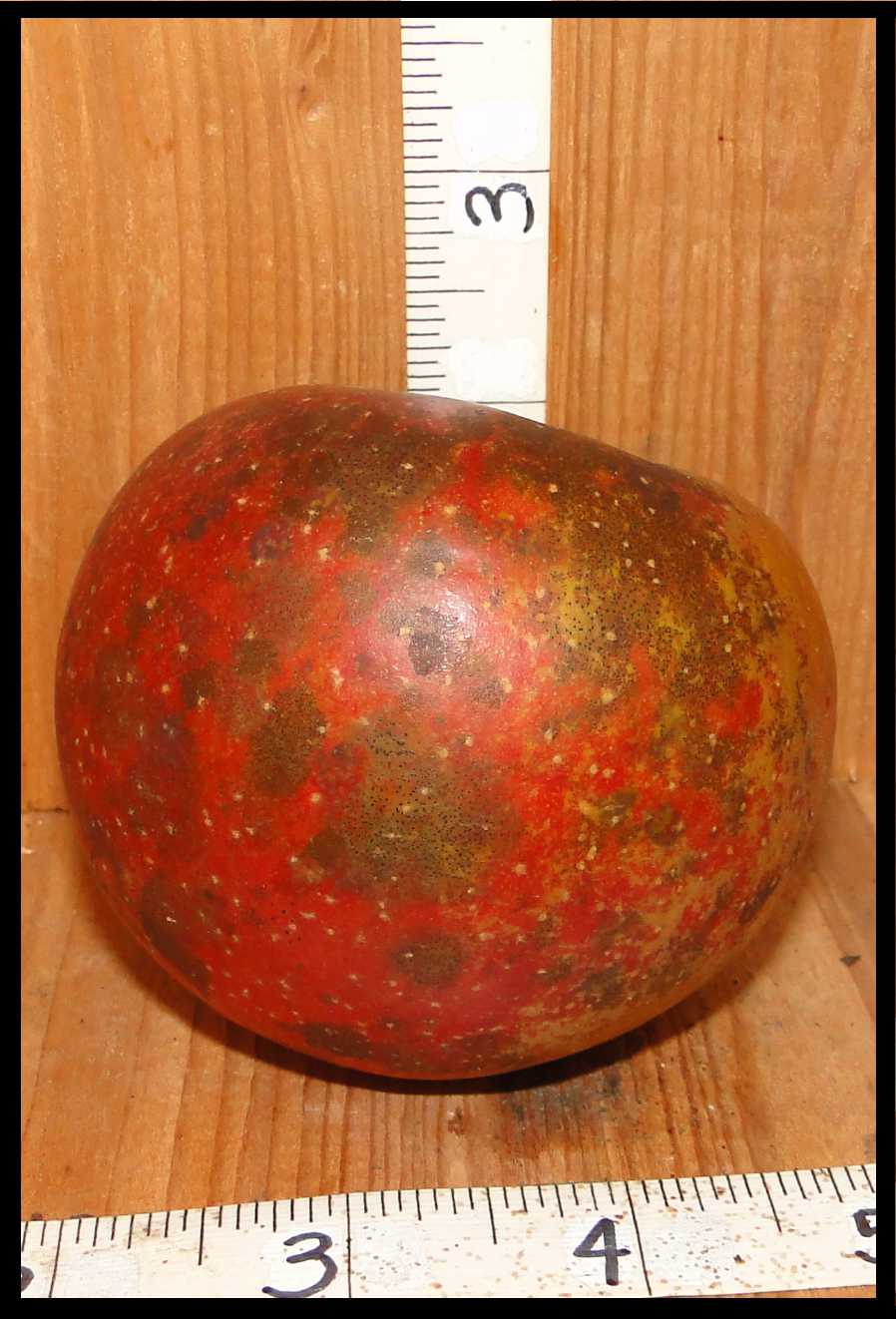 Description: A dull red with lemon yellow in color. Round and a little bit pointed but not conical. Very juicy with a most unusual aromatic flavor. Yellow flesh, will keep until June. An excellent commercial variety that is still grown commercially in the Brushy Mountains of Alexander County, North Carolina. Ripens October. A weeping type. 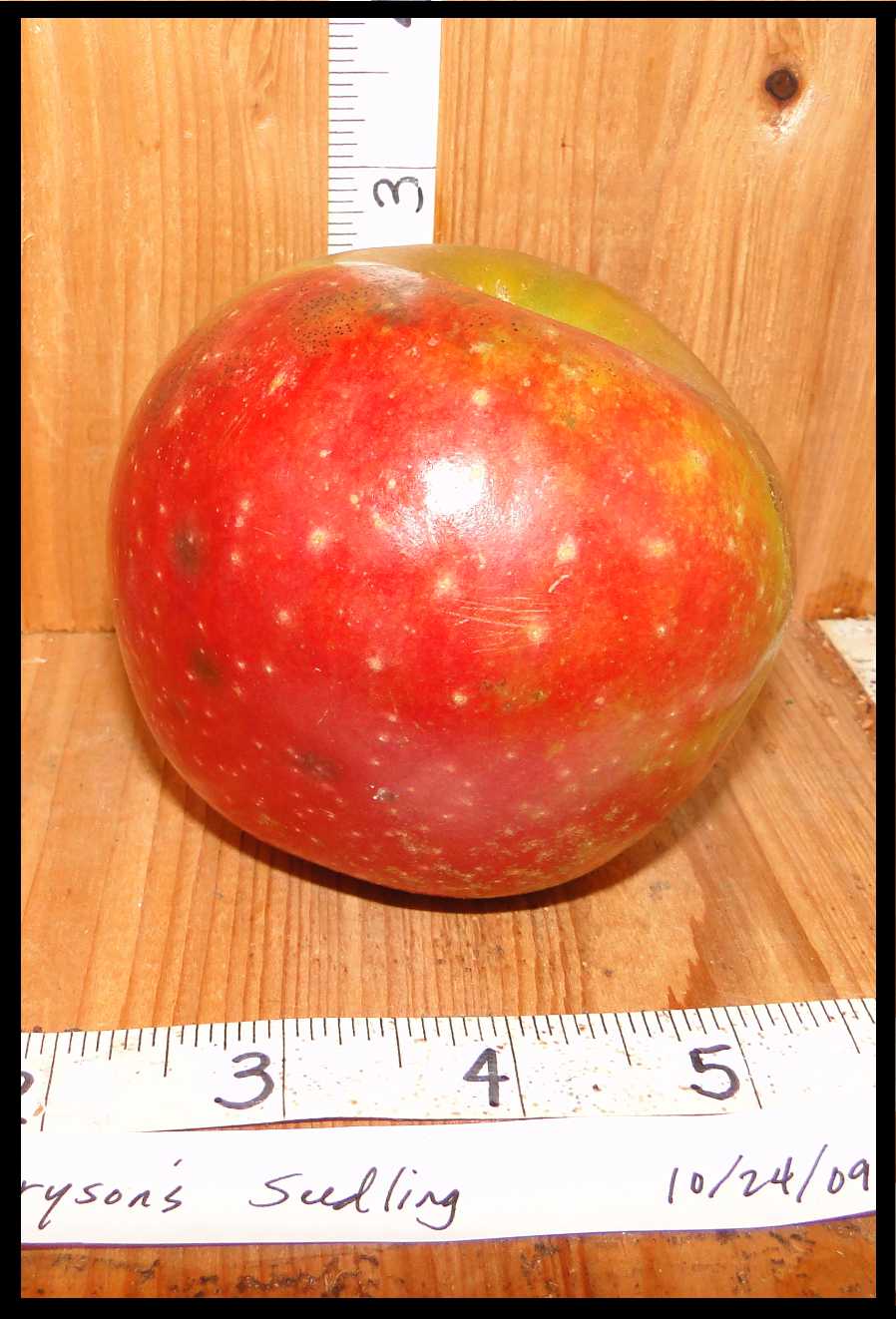 History: From the 1904 catalog of the Maryland Nursery Company, Baltimore, Maryland: “Very fine, large, red, winter apple; one of the best growers and keepers, especially for the South. Originated in Jackson County, North Carolina. Samples of fruit received in February were sound and in fine condition.” 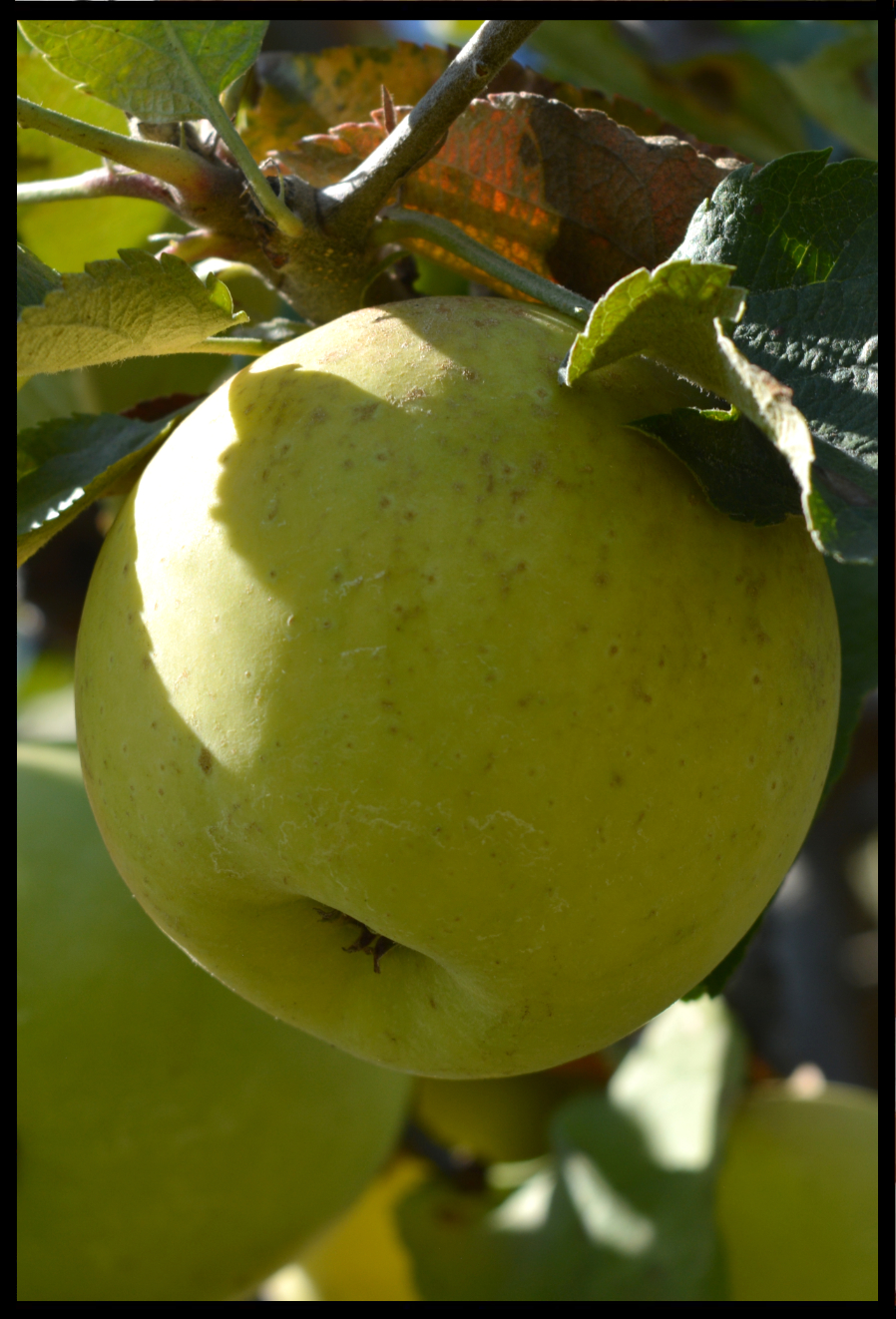 History: Listed but not described in the 1928 catalog of the Ideal Nursery and Orchard, Smithville, Tennessee. Listed as extinct in the first edition of Lee Calhoun’s book, but a single old tree has been found by Tom Brown at the home of Hershel Green in Watauga County, North Carolina. 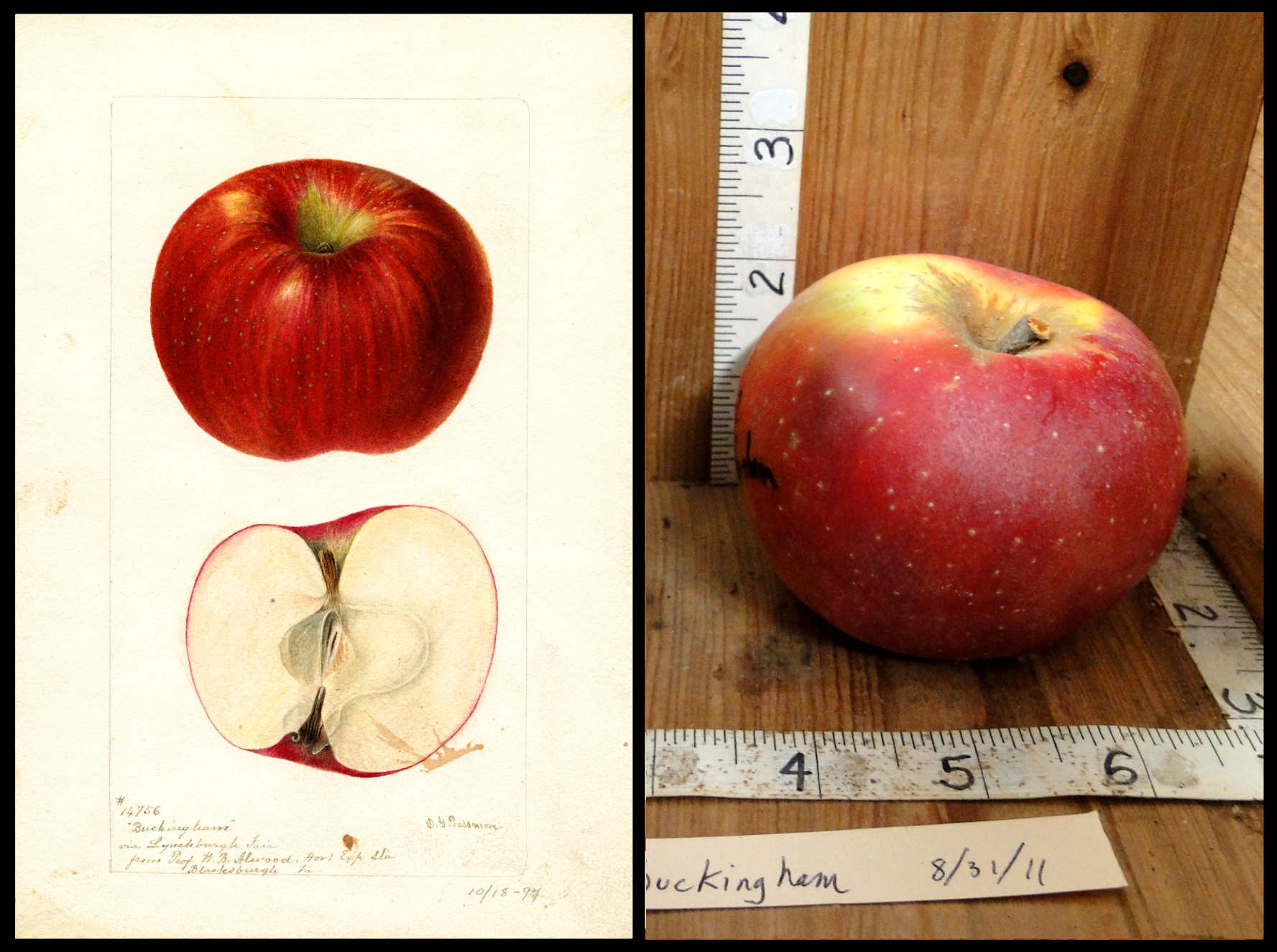 History: Buckingham is the quintessential southern apple. It was grown for two hundred years all over the South where it was valued for the large size and high flavor of the fruit and the vigorous productiveness of the tree.  In 1777, Colonel John Byers was growing an apple he called Queen in his garden in Louisa County, Virginia. It was locally called Byer’s Apple or Byer’s Red. There is good reason to believe this apple was the Buckingham.  Probably this apple made its way south into Surry County, North Carolina, carried by settlers who called in Buckingham because they had acquired it in Buckingham County, Virginia. About 1795, a settler named Edward Dornaby moved from Virginia to Mercer County, Kentucky, and started a nursery there. He is believed to have introduced Buckingham west of the Appalachians under the name Queen. It spread from Kentucky into Missouri and Indiana as Queen or Kentucky Queen, while simultaneously it spread from North Carolina into Tennessee and thence into Illinois under the name Buckingham. 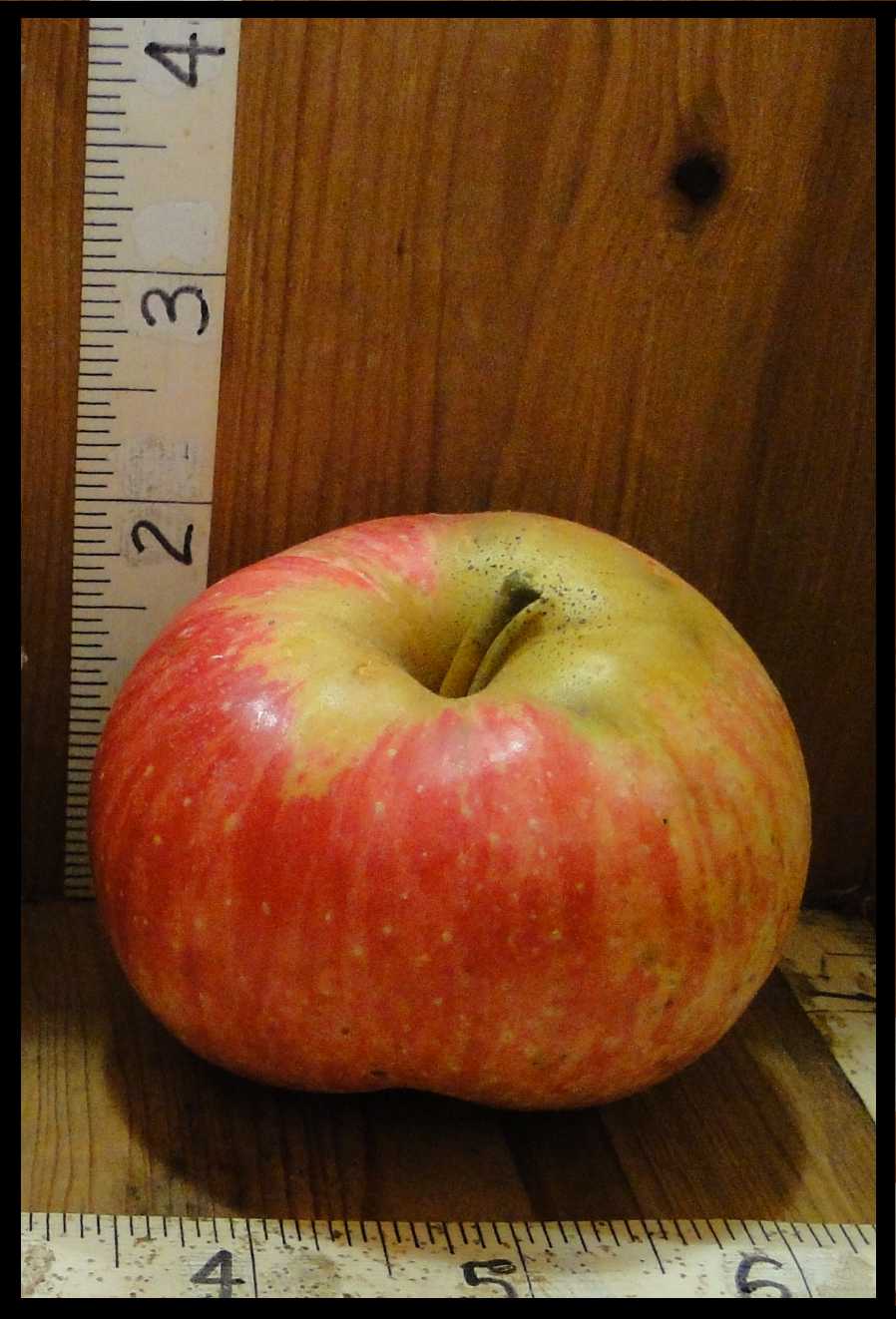 History: Daniel Dixon, Jr. of Lowgap, North Carolina had the only known tree of this variety. He said it originated long ago as a seedling in Harford County, Maryland. Dr. Dixon described the fruit as “a real good cooking apple and also good to eat raw.” 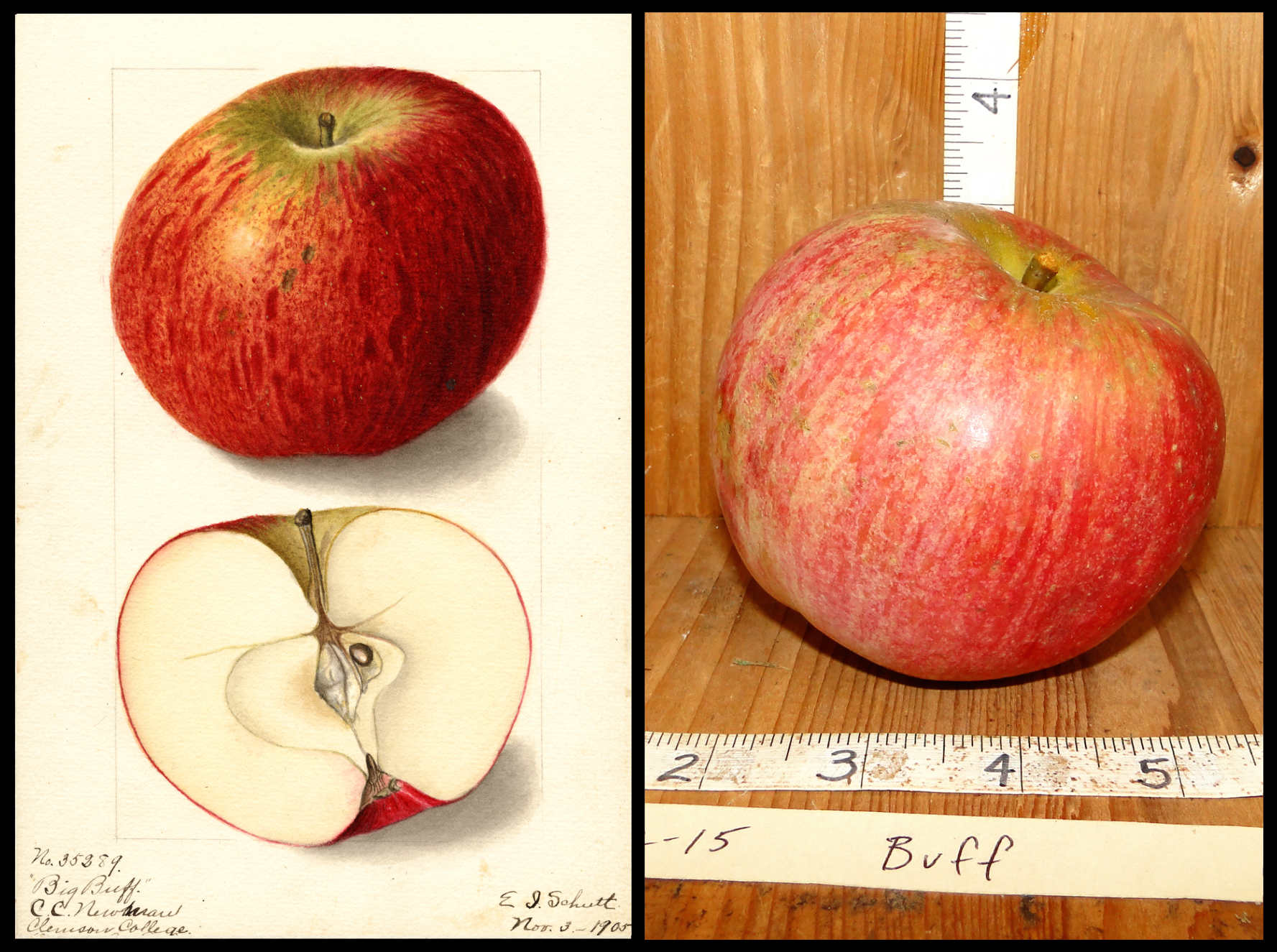 History: In the May 1853 Western Horticultural Review magazine, the following history of Buff is given: “A well known apple which originated in Haywood County, North Carolina. The original tree was found growing on the farm of a German man by the name of Buff. It was a seedling tree raised by the Cherokee Indians. Many fine varieties have been grown by them as they know of no other way of propagating fruit than from the seeds.”

Buff has long been esteemed in western North Carolina for cooking, drying, and making apple butter. The quality of Buff has been described as very good under favorable conditions and when well ripened but otherwise “indifferent.” 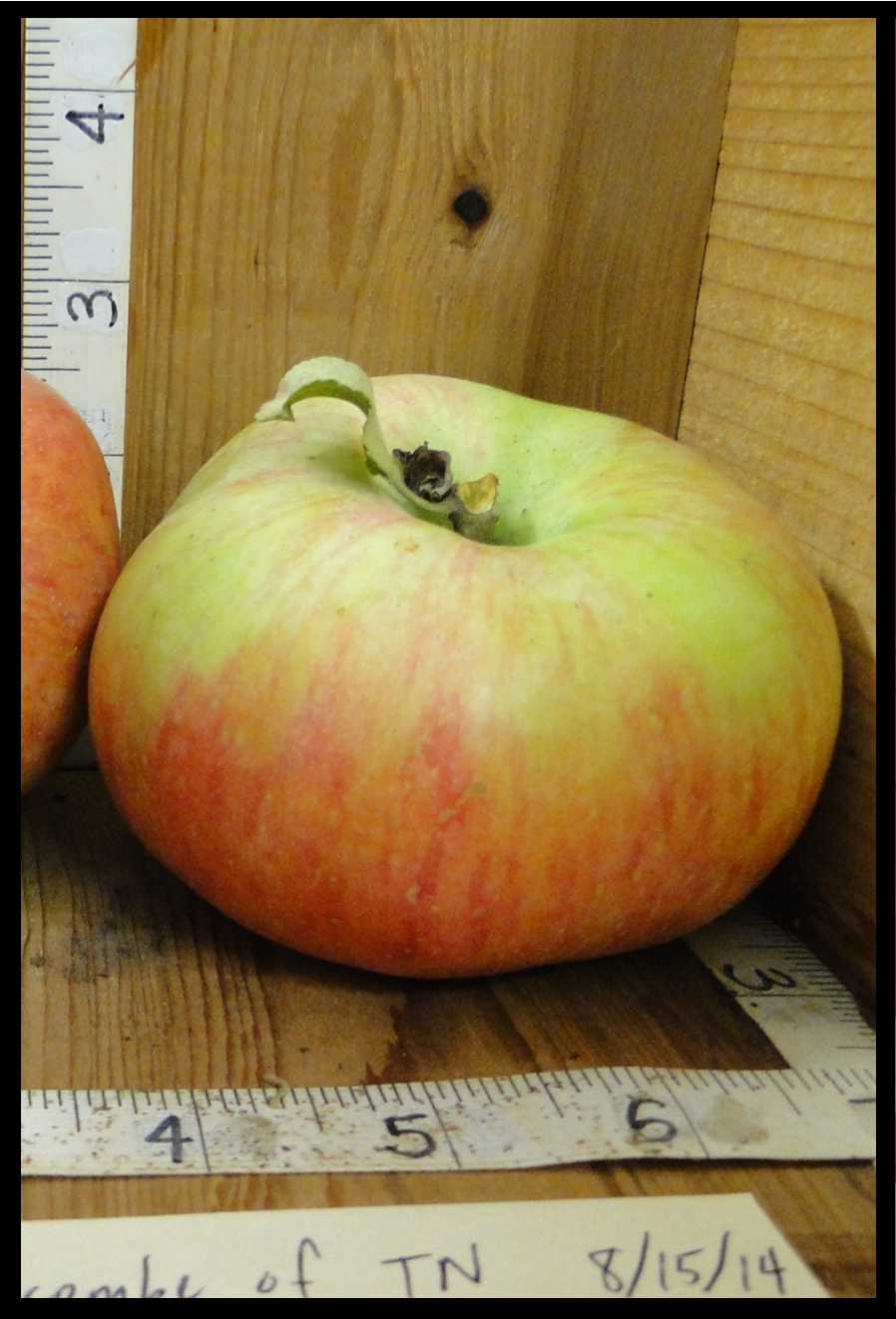 History: When an apple has as many synonyms as Buncombe, you can be sure it is an old variety once grown over a wide area. In 1867 Warder called it “a favorite southern apple, widely diffused through the South…”  Lee Calhoun grafted Buncombe scions from two different sources in Tennessee that produced identical fruit. The fruit does not in any way resemble the descriptions in old apple references. The description above is for the fruit as currently being grown. 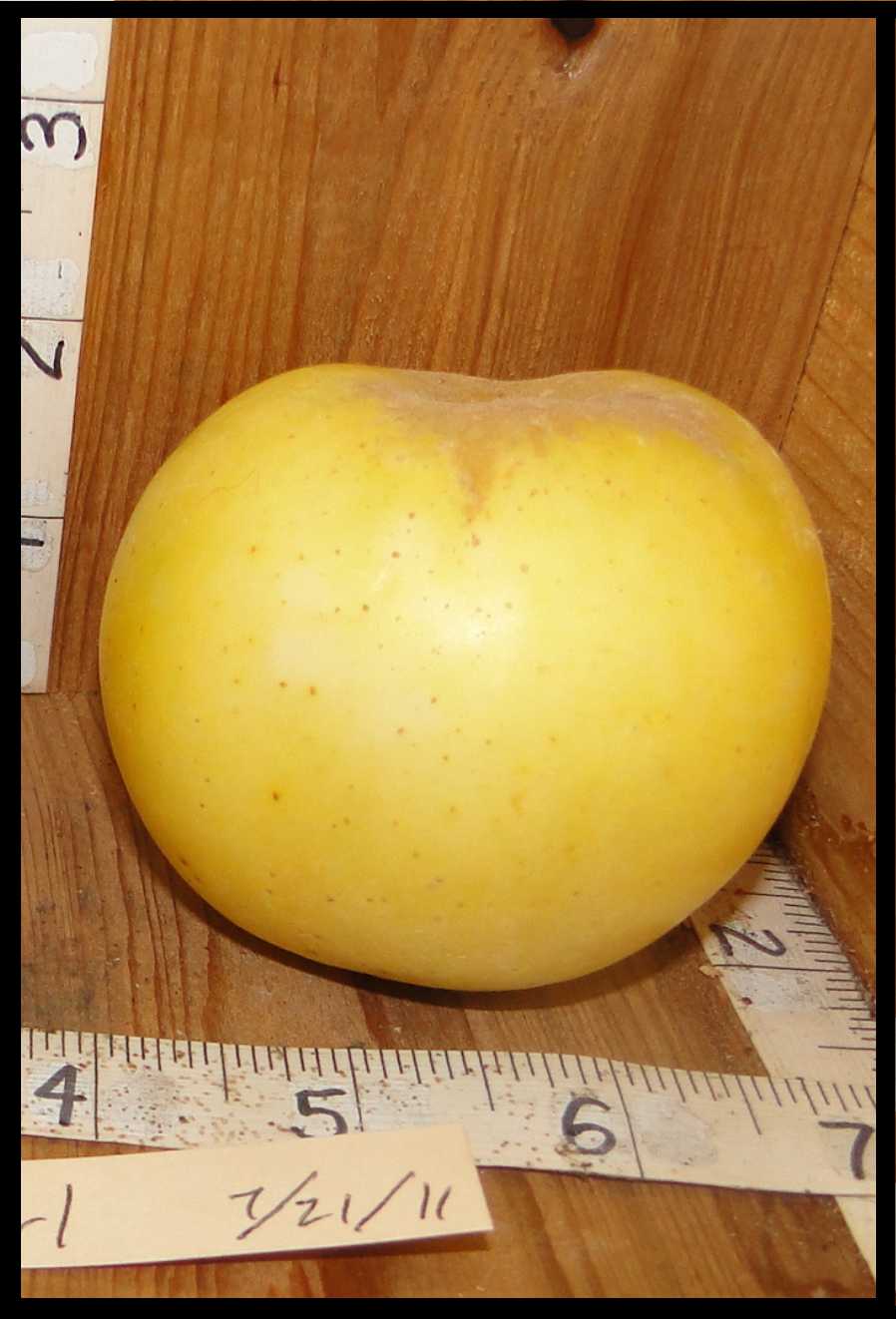 History: Burl is a local apple still grown by Herbert Childress in his extensive preservation orchard in Dunnville, Kentucky. He describes it as follows: “A late summer yellow apple, tart, spicy flavored, aromatic. A good all around apple.” 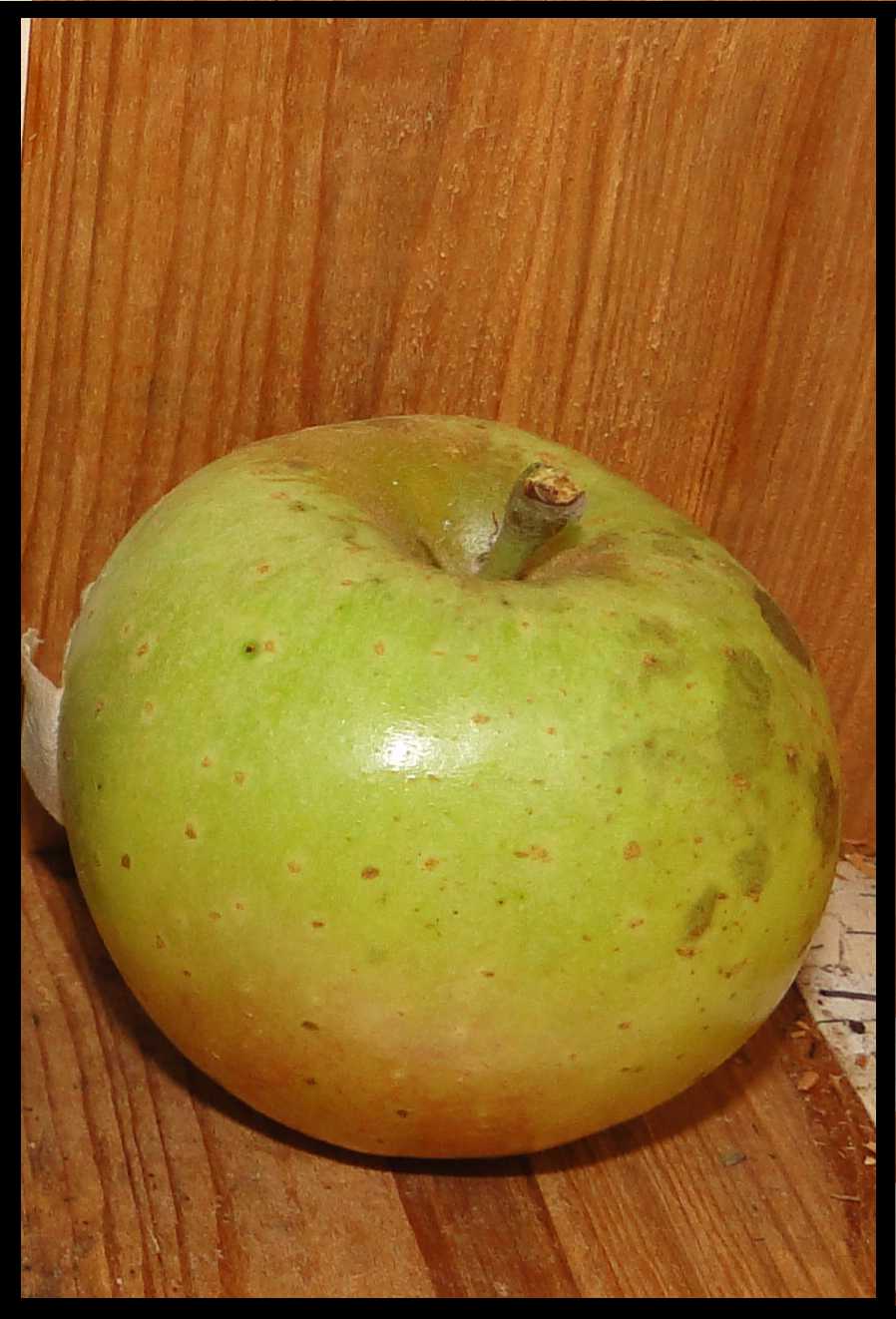 History: An old apple named Burning Green that is grown in Mitchell County, North Carolina.  It is probably the same apple as Burner Green, mentioned in 1868 by the Illinois Horticultural Society. 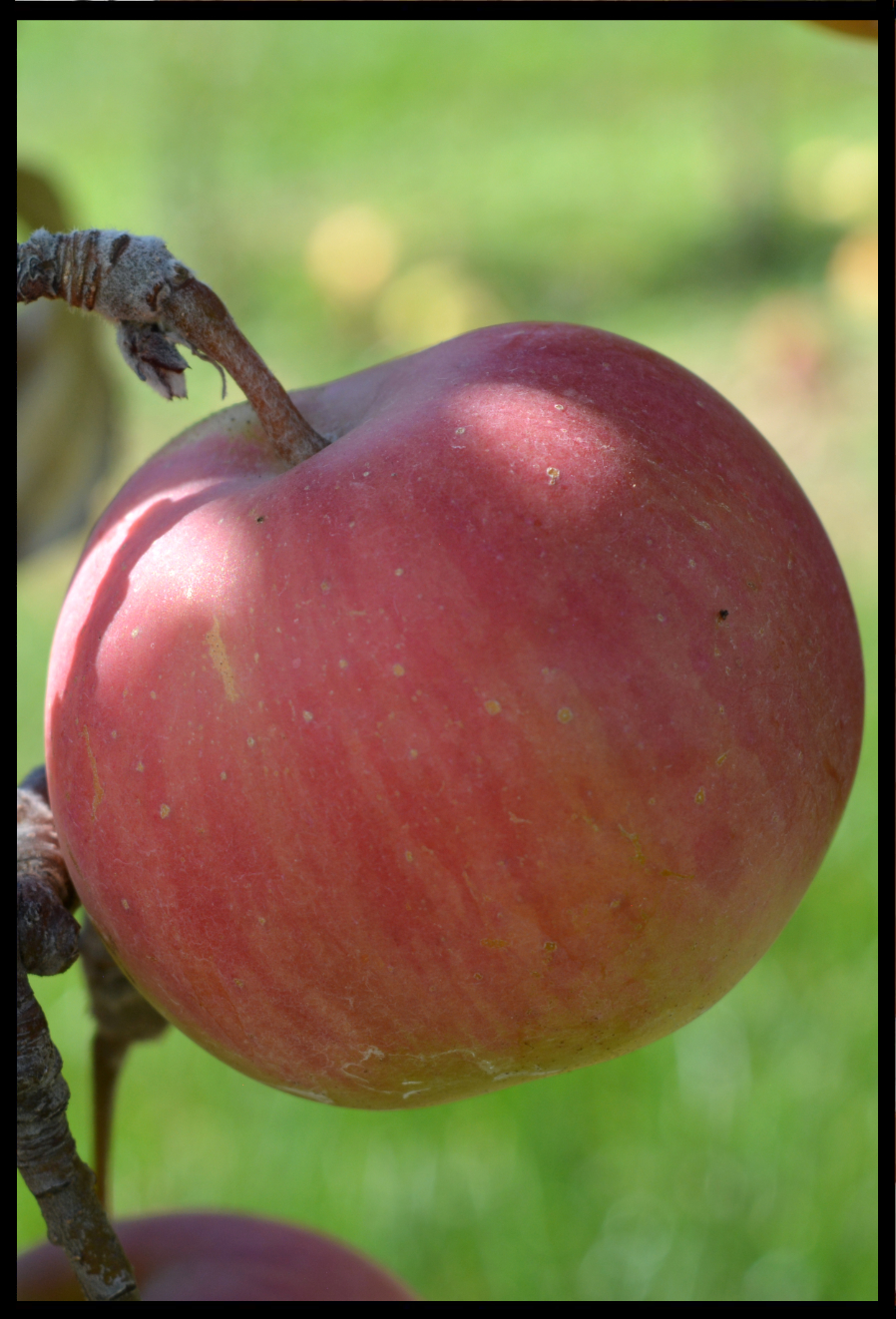