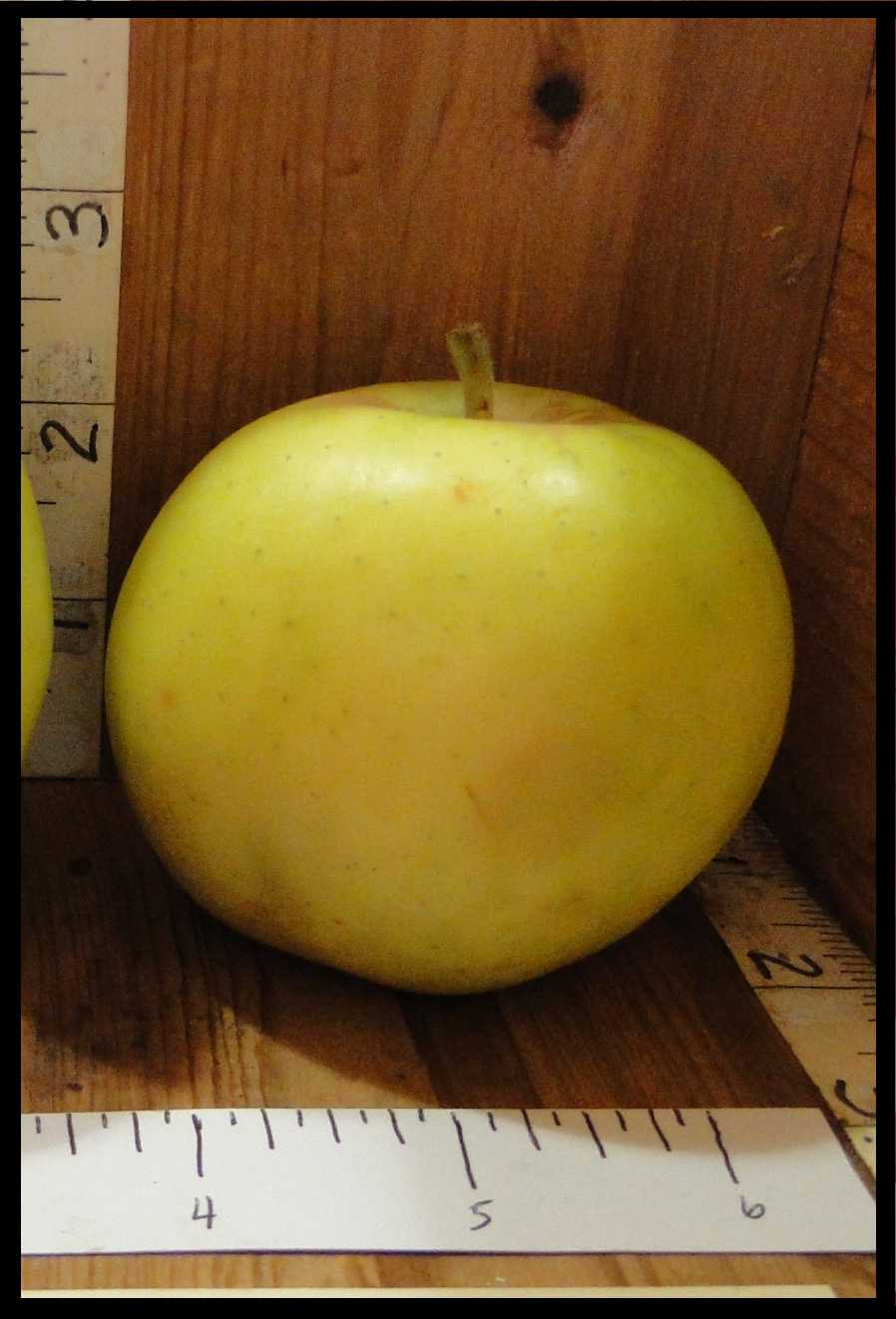 History: Popular at one time in Floyd County and around Roanoke, Virginia, but very rare now. Mrs. Harriet S. Allen from near Floyd, Virginia, said the apples are good for canning and make excellent apple preserves and apple marmalade. 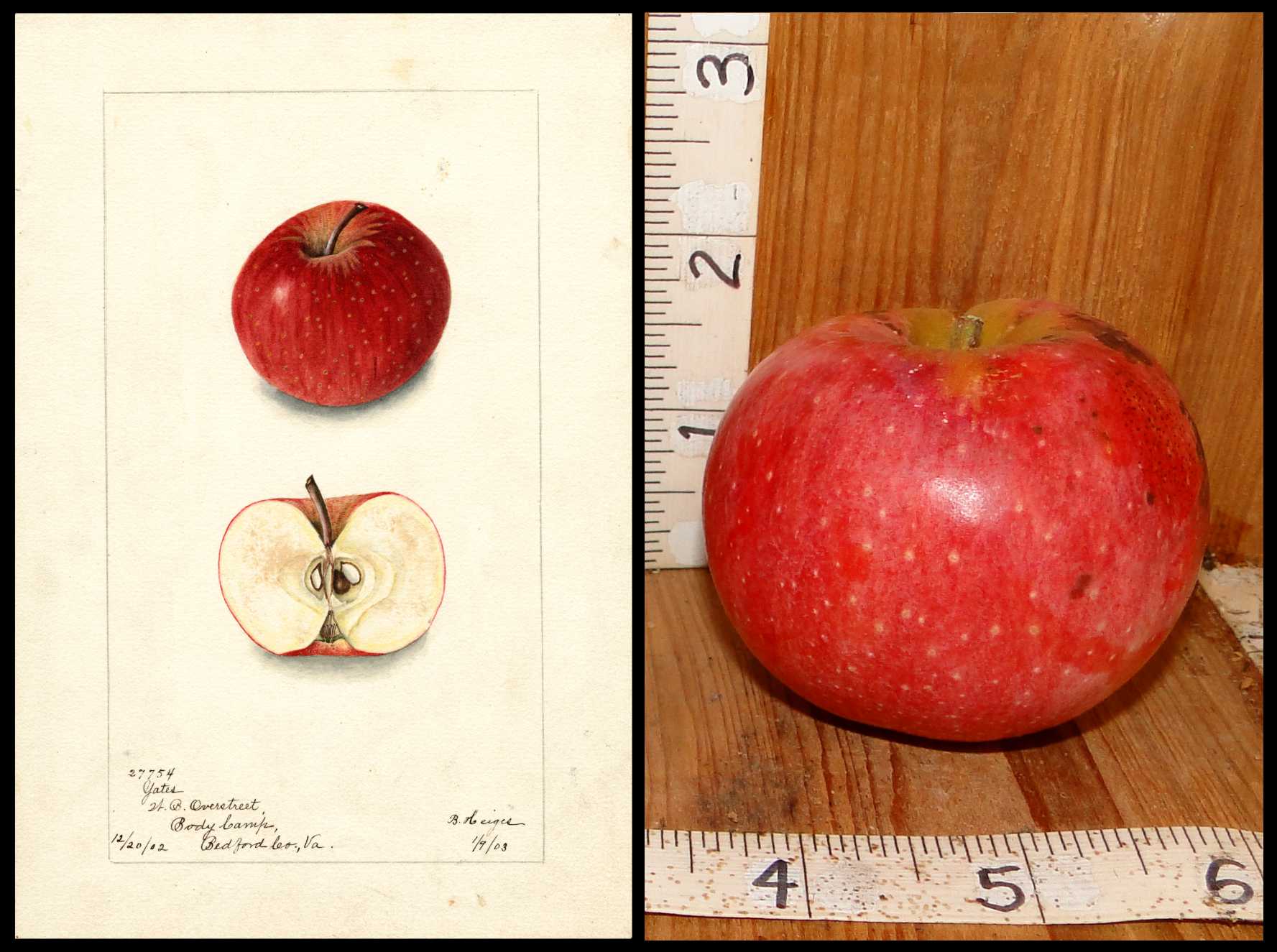 History: Yates is among the elite of southern apples, being sold continuously by southern nurseries for 130 years and still listed by several nurseries. Yates originated about 1844 with Matthew Yates of Fayette County, Georgia, and was often called Red Warrior in the South. 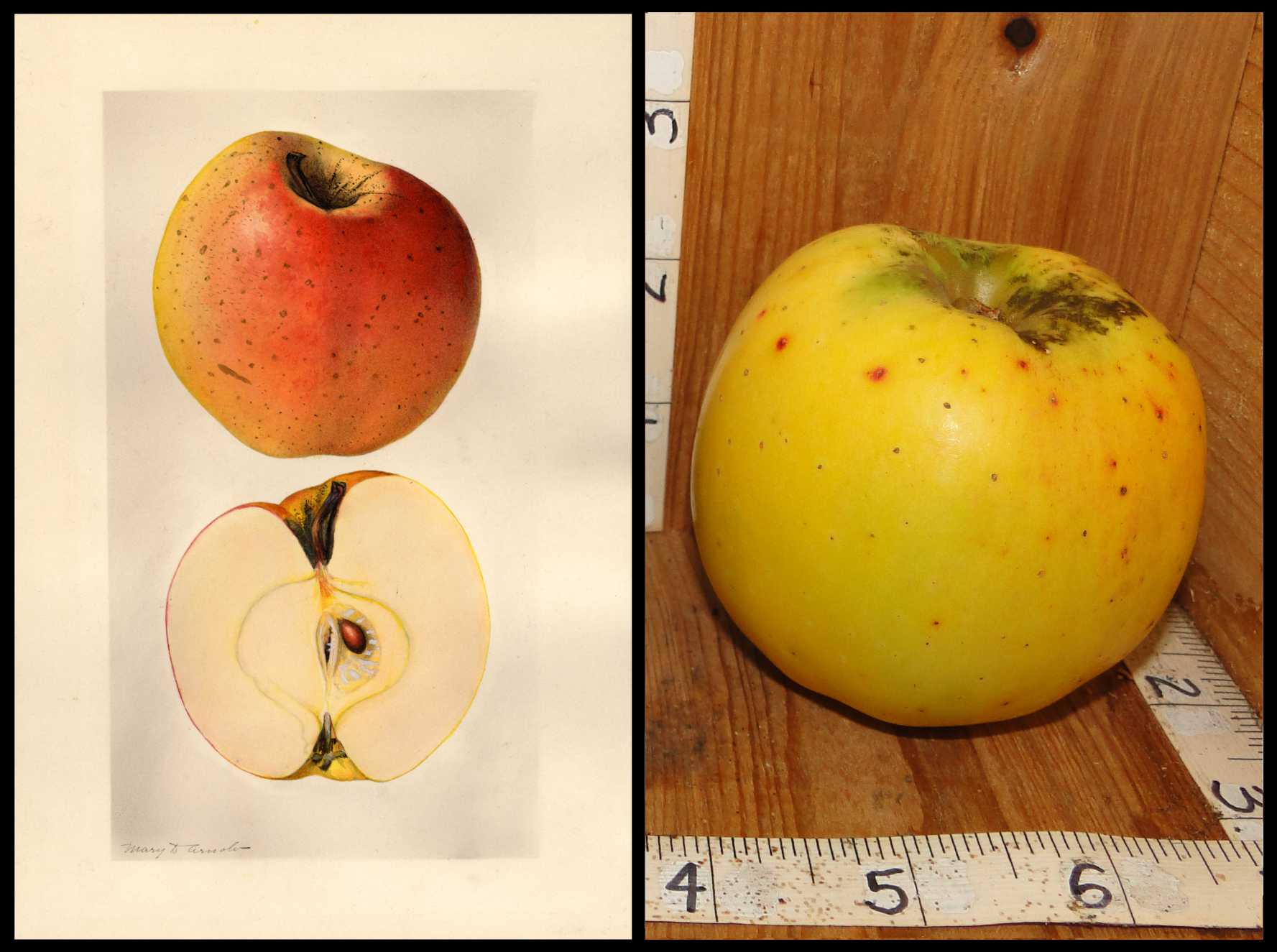 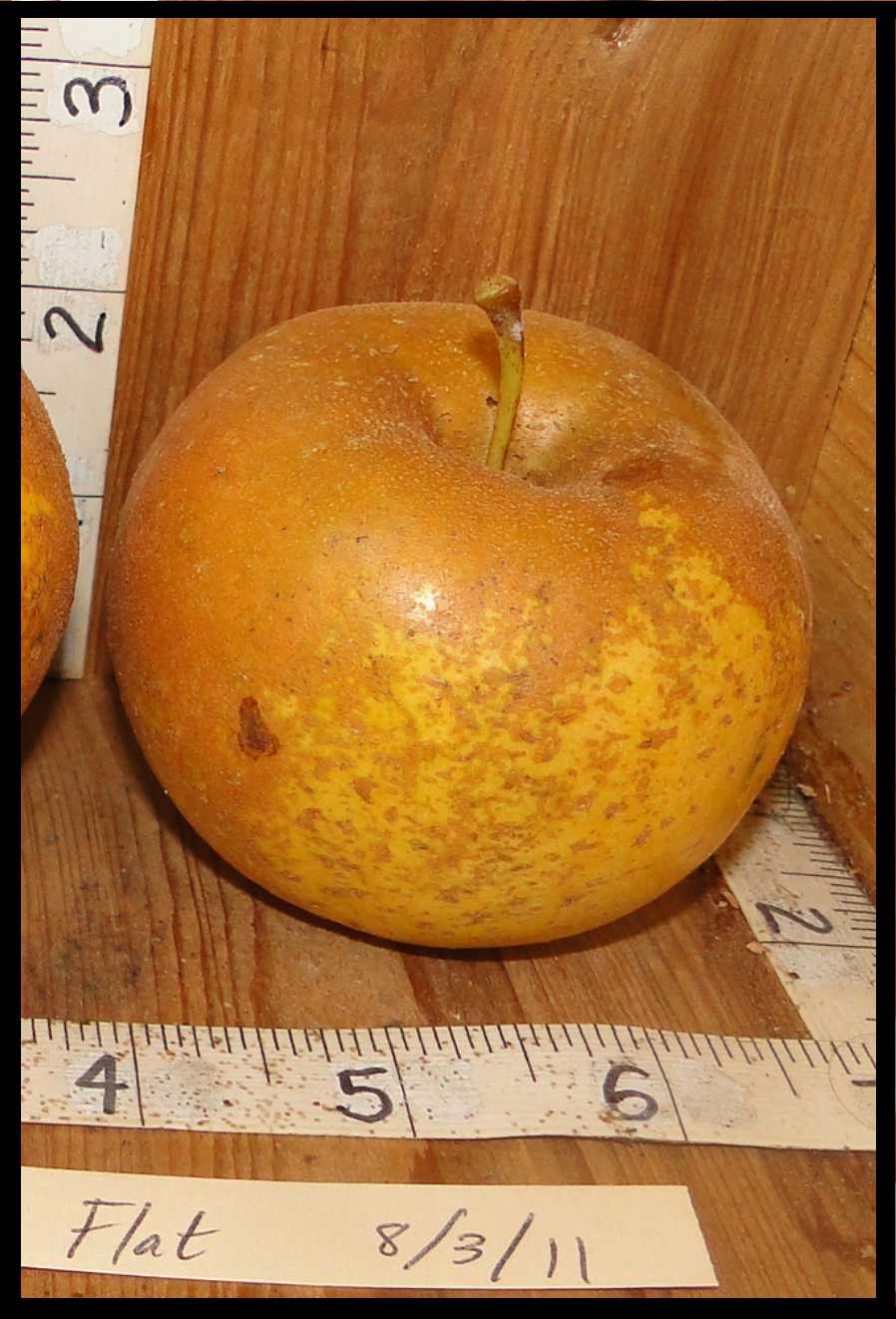 History: This old Virginia apple is not mentioned in any pomological references or nursery catalogs. Lee Calhoun first encountered this apple when Roy Wood of Stuart, Virginia, sent him some apples. Later, Lee found a tree in the heritage orchard at the Eli Whitney homestead near Steele’s Tavern, Virginia. Harriet Allen, who lived near Floyd, Virginia, called this apple Yellow Flat and remembered that it was used mostly to make apple brandy. She recalled that if you had several Parmer trees in your orchard, neighbors knew you were making illegal brandy. 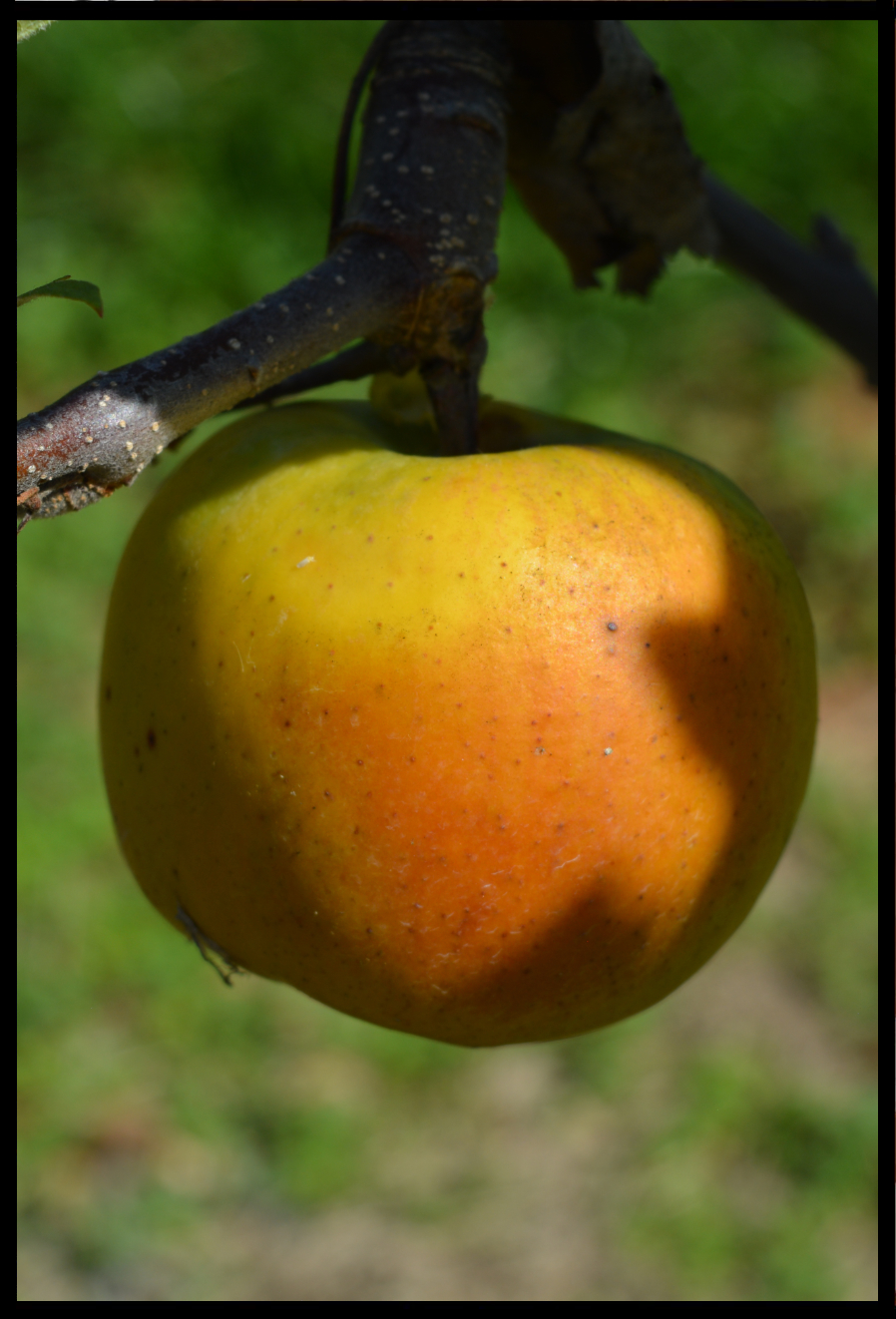 History: The original Newtown Pippin tree stood on the farm of the Moore family near Newtown Village, Long Island, New York. It is family tradition that this tree was brought from England and planted about 1666 by the first member of the Moore family in America. Thomas Sorsby’s nursery in Surry County, Virginia, advertised Newtown Pippin trees for sale in 1761. Some Newtown Pippin apples were sent to Benjamin Franklin while he was in London in 1759. The quality of these apples so astonished the British that a demand for their import quickly developed. By 1800 southern-grown Yellow Newtown Pippins, known as Albemarle Pippins, became important in the export trade. 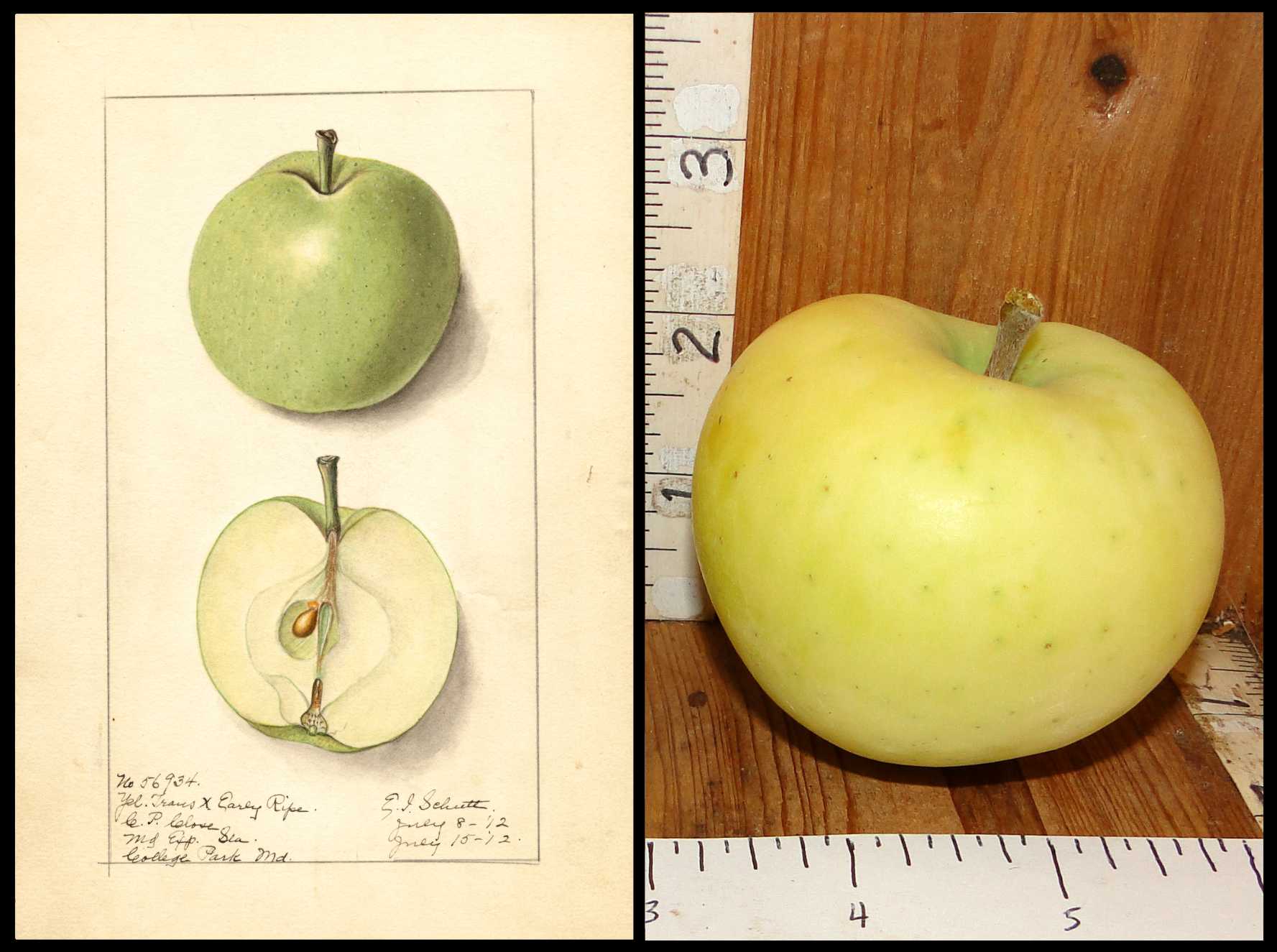 History: Of the hundreds of Russian apple varieties brought to the United States in the late 1800s by the USDA, this apple caught on with southerners better than any other.  Yellow Transparent was imported into this country by the USDA in 1870 from St. Petersburg, Russia (although it originated in the Baltic region) in the search for cold-hardy apples for the Great Plains. 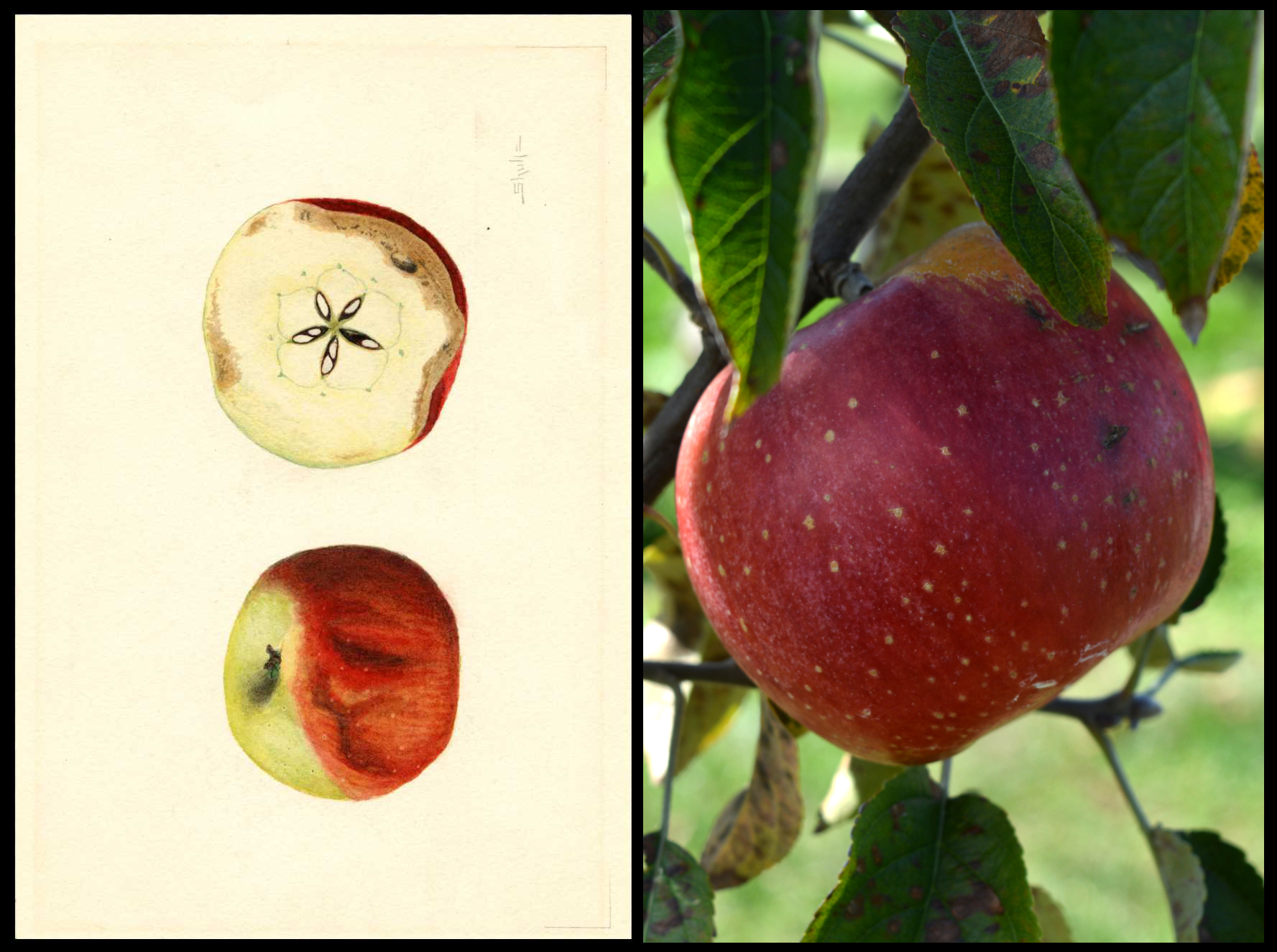 History: If you use store-bought apple sauce, canned apple slices, or cider vinegar, the chances are good that they have been made from York Imperial apples grown in Virginia or Pennsylvania. York Imperial originated as a chance seedling that grew up by a turnpike near York, Pennsylvania, on the farm of a Mr. Johnson. A local nurseryman named Jonathan Jessup began grafting and selling trees about 1820 under the name of Johnson’s Fine Winter.  About 1850, the famous pomologist Charles Downing suggested the apple be named York Imperial. In 1871 the American Pomological Society publicized the merits of York Imperial and it began being sold by many nurseries, becoming the leading variety in Maryland, Pennsylvania, Virginia, and West Virginia by 1895.

Back to Main Menu