Here you can see and interact with information ordinarily only encountered in our museum and historic structures.

Visits to Town Creek usually begin with the orientation film "The Mystery of Town Creek."  Click the film title to view this 20 minute film.

Other virtual and interactive offerings can be found on the Digital Resources page.

The mound was the first feature to be excavated at the site, beginning in 1937. It marked the birth of scientific archaeology at Town Creek and began a fifty-year program of investigation and interpreatation by the UNC-Chapel Hill Research Labs of Archaeology.

To the right, you can see a view of the mound before excavations began in 1937. Field rows can be seen in the foreground.  Click this image to access a short slideshow of images from the mound excavation. 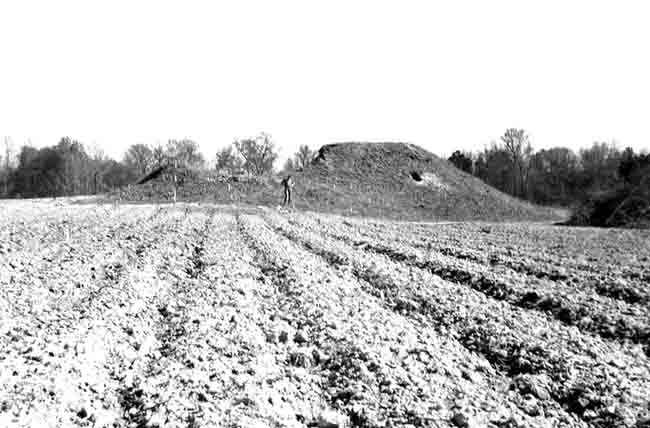 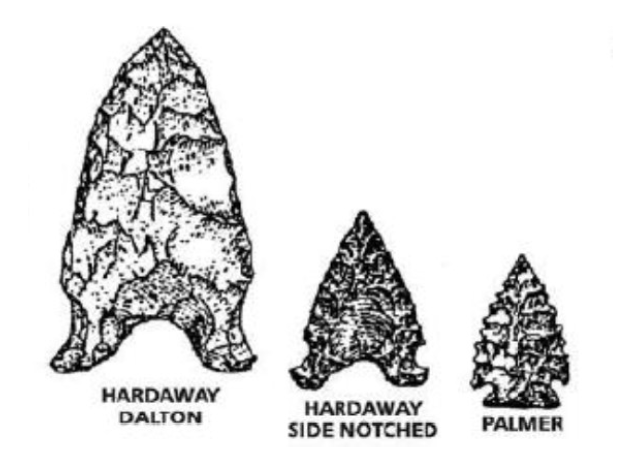 The first Americans arrived on this continent by crossing a land bridge that once connected modern day Alaska with Siberia. These first people moved regularly, from place to place, following herds of big game that they hunted with spears. They also gathered wild plants to supplement their diet. Over thousands of years, they spread throughout North and South America, including North Carolina.

Learn more by clicking the image to the left.

As many big game species became extinct, American Indians began to use a variety of local resources. They hunted smaller game, fished, and gathered fruits, nuts, berries, roots, and shellfish. These people moved often to take aadvantage of seasonal resources. New tools, such as the spear thrower (Atlatl) and ground-stone implements appeared.

Learn more by clicking the image to the right. 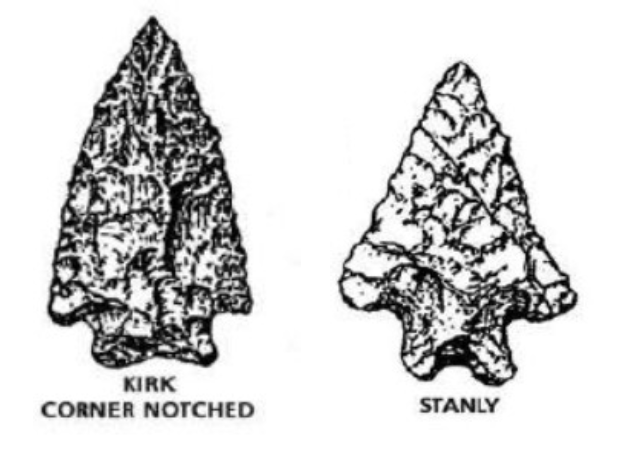 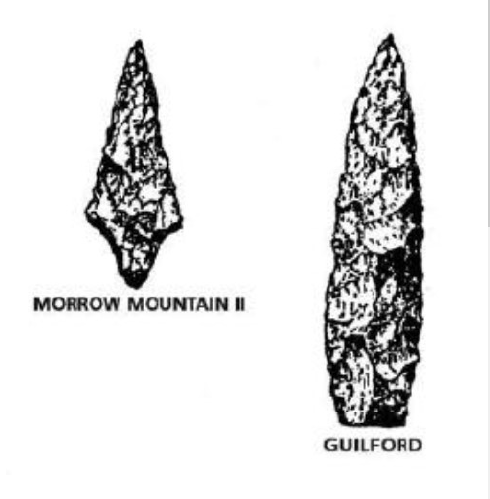 Gradually, American Indians stopped moving in search of wild foods and began settling in permanent villages located near rivers. The villagers still gathered some wild foods, but they also planted gardens of squash, gourds, corn, beans, and tobacco. Pottery was constructed from river clays and hunting was performed with bows and arrows.

Learn more by clicking the image to the left.

Around 1,000 years ago, a new cultural tradition arrived in the Carolina Piedmont. Those American Indians practiced extensive agriculture and traded with tribes for shells and copper. They built large civic/ceremonial centers, some surrounded by stockade fences. Town Creek was one such center.

Learn more by clicking the image to the right. 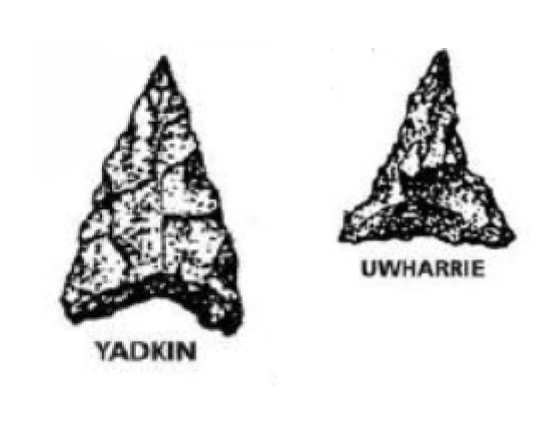