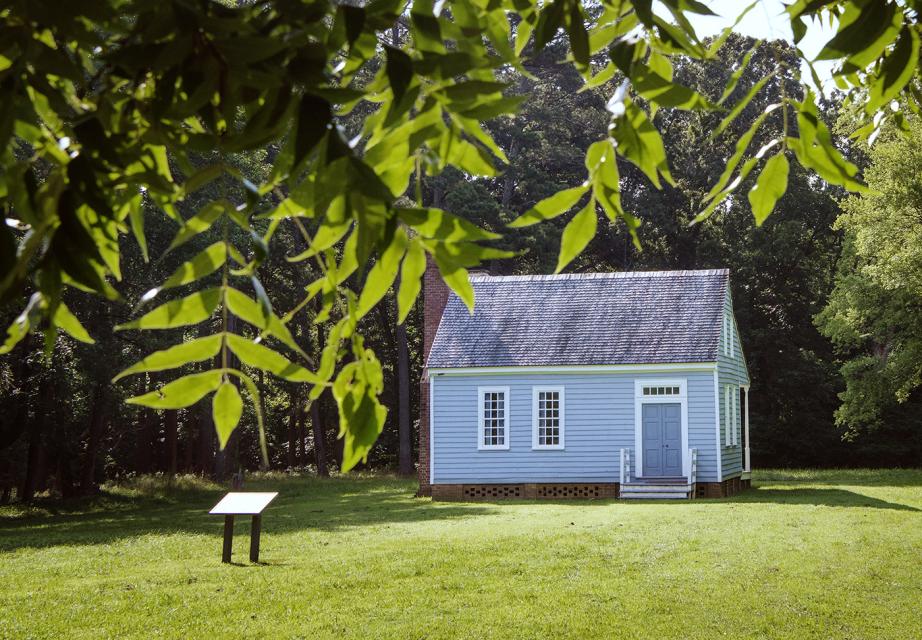 For the Historic Halifax #TrueInclusion campaign, would like to share more information about Miles Howard. Miles Howard was born enslaved around 1800. He was sold as a child in 1811 to Halifax Attorney Thomas Burgess for $295 by Benjamin Marriner. Miles trained as a barber and a musician, and was emancipated in 1818, becoming a Free Person of Color. Also around 1818, Miles married his first wife, Matilda, who was enslaved at the time. Miles was forced to purchase his wife from a “Mr. Burt”, in order to marry her. According to law, because Matilda was enslaved, so too were her children, although their father was free. The Howards remained in Halifax, and Miles was finally able to emancipate three of his children in 1838. By the time Howard passed away in 1857, he owned multiple real estate plots and town lots. His holdings included briefly owning the Burgess Law Office, now a restored building at Historic Halifax. 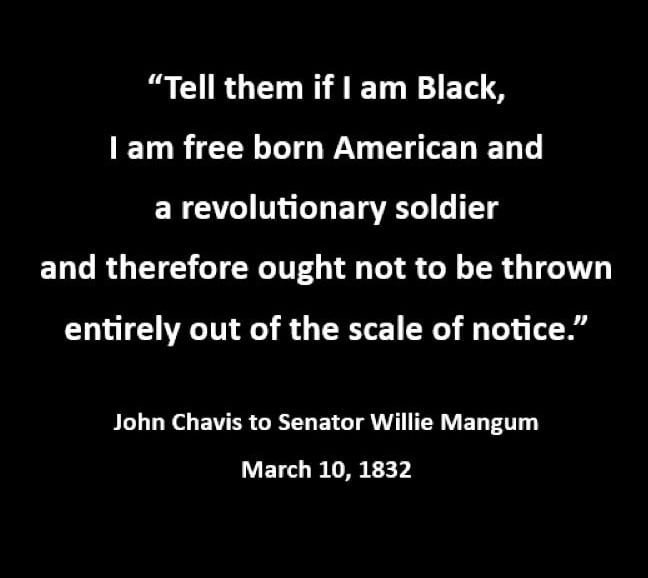 Little is known for certain about John Chavis’s early years. His name appears as an indentured servant on the 1773 inventory of Halifax, North Carolina attorney James Milner. We do not have record of the terms of his indenture, as such, the particulars of exactly how Chavis entered into the status of Free Man of Color remains unclear. During the American Revolution, the State of Virginia required all free born males, over the age of 16 to sign an Oath of Allegiance to Virginia and the United States; indentured servants were excluded from this requirement. On December 20th 1778, John Chavis took the Oath of Allegiance in Mecklenburg, Virginia. He would enlist in the 5th Virginia Regiment of the Continental Army and served three years in the American Revolution.

After the war, Chavis attended Princeton University, then Washington University (later Washington and Lee University). Chavis became arguably the first African American Presbyterian minister in the United States and served as a minister in Virginia and North Carolina. He would go on to open an integrated school in Raleigh that taught both black and white students in the same classroom. John Chavis would serve as a teacher to many of Raleigh’s prominent families. Students attributed to Chavis include Priestly H. Mangum (brother of former North Carolina State Senator Willie P. Mangum); Charles Manly (former North Carolina Governor), the sons of former North Carolina Supreme Court Chief Justice Leonard Henderson; and Abram Rencher (former United States Congressman and New Mexico Territorial Governor). Chavis would receive pressure from the parents of some of his white students to segregate the school, and in 1808 he put an ad in the Raleigh Register announcing that he would began teaching white students during the day and black students at night.

In response to the 1831 Nat Turner's Rebellion, North Carolina placed additional restrictions on African Americans. New laws stripped free African Americans of their right to vote, teach, receive an education, meet in public, and minister without the presence of a white supervisor. Despite having served as a teacher for the leading families of Raleigh, John Chavis would be forced to close his school and leave the ministry. The Presbyterian Church provided Chavis $50.00, a kind of quasi-retirement payment, until his death in 1838. Chavis Park and Chavis Heights, both in Raleigh, pay homage to John Chavis, African American preacher, educator, and Revolutionary War soldier.

Today is the Preakness Stakes, part of the “Triple Crown” of horse racing. As we continue this installment of our #TrueInclusion campaign, we wanted to share more information about Austin Curtis.
Curtis was a veteran of the American Revolution, though we have little details of his service. When the British occupied Halifax in May 1781 on their march to Yorktown, they stole livestock, especially horses, from Halifax citizens. Lord Cornwallis stayed at the home of Willie Jones, but he did not confiscate the horses because Curtis successfully hid and protected all horses under his care.
Willie Jones filed a petition to the NC General Assembly to emancipate Curtis on December 5, 1791, writing of Curtis, “by his attachment to his Country during the War by his fidelity to his Master (the said Willie Jones) and by his Honesty and good Behavior on all Occasions, has demonstrated that he deserves to be free." The Assembly granted the petition and changed Curtis’ last name to “Jones.” His family later reversed their surname to Curtis.
After being emancipated, Curtis accumulated wealth and notoriety as a free man of color. He became nationally renowned as a horse breeder and trainer. In 1832, Judge William Williams, secretary of the Nashville Jockey Club, wrote, “. . . Austin Curtis, a man of color indeed but one of judgment, skill and courteous manners. He knew how 'to get the length into them,' or to bring out their game. Under his auspices the fame of Collector grew, and the powers of Snap Dragon were developed.” (Collector and Snap Dragon were both racehorses bred and trained by Curtis.)
Curtis purchased freedom for several of his children before he died in 1808, and left the family well provided for. His obituary was featured in the January 5, 1809 edition of “The  Raleigh Minerva" which was rare for a person of color: “DIED, On the 10th ult., at Halifax (n.c.) AUSTIN JONES, a colored man, aged about so years- well known for many years past, as keeper of race horses; in the management of which useful animals, he particularly excelled. -His character was unblemished; his disposition mild and obliging- his deportment uniformly correct and complaisant- he possessed the esteem of many—the respect and confidence of all who knew him.”