Sharing Our History And Our Stories
The Division of North Carolina State Historic Sites is committed to sharing the stories of members of traditionally marginalized communities whose lives have intersected with our historic sites. We launched the #TrueInclusion initiative to highlight the broad interpretive work already happening at our sites and emphasize our continued goal of sharing an inclusive narrative from the mountains to the coast. 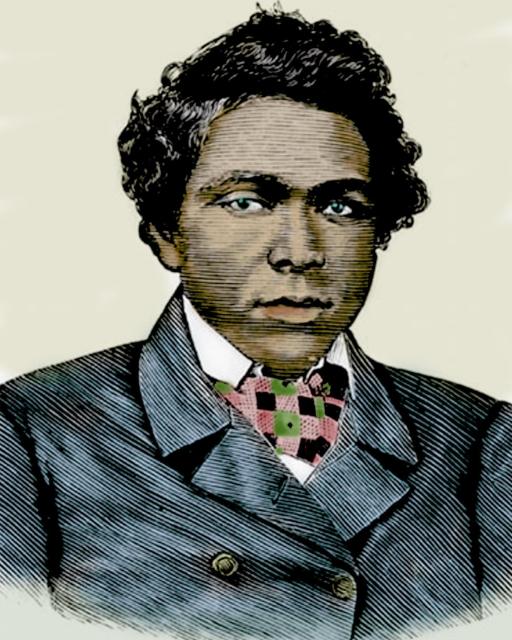 Abraham Galloway was born into slavery in 1837 in Brunswick County, NC, the son of Hester Hankins, a seventeen-year-old enslaved woman and John Wesley Galloway, a white ship captain. After escaping slavery in Canada in 1857, Galloway returned to North Carolina in 1862 to become a spy for the Union during the Civil War. By early 1863, Galloway had become eastern North Carolina’s most important spokesman for the rights of African Americans, and when the war ended, he traveled across North Carolina, advocating for equal rights and helping to organize the 1865 Freedmen’s Convention.

Known for his fiery oration and his passion when speaking on equality and political rights, in 1867 Galloway said, “There is a bright future before us - the day of rejoicing is at hand - Let us stand united - let there be no divisions. Let us shout that we are a people, and that our freedom is not a bar to our advancement. Let the work go on, and be hopeful, for the Great Jehovah still hears the prayers of the downtrodden.” New Hanover County chose him to attend the 1868 state Constitutional Convention and elected him to two consecutive terms in the North Carolina Senate, where he supported women’s suffrage and labor rights. He died unexpectedly of fever at the age of 33 in 1870 and was still serving in the state senate at the time of his death. Six thousand people attended Galloway’s funeral, an event the Christian Recorder, a newspaper, called “the largest ever known in this state.” 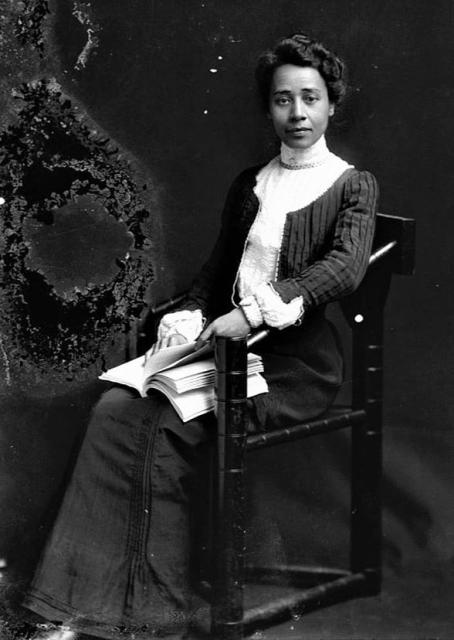 Dr. Anna Julia Haywood Cooper. Cooper was born enslaved on August 10, 1858, in Raleigh, NC. Her mother was Hannah Stanley, an enslaved Black woman, and her father was most likely George Washington Haywood, her mother’s enslaver. Cooper was freed from enslavement in 1865, when the 13th Amendment was ratified by the North Carolina State Legislature at the Capitol. At an early age, she showed extraordinary promise and intellect. By the age of eight Cooper was a “pupil teacher” at Raleigh’s St. Augustine’s Normal and Collegiate Institute, a school opened for the education of free Black people. In 1881 Cooper, who already knew Greek, Latin, and mathematics, was admitted to Oberlin College, where she earned her B.A. and M.A. degrees.

In 1892, Cooper founded the Colored Women’s League of Washington. Later, she helped open the first branch of the Young Women's Christian Association (YWCA) that catered to Black women. In the 1890s, she wrote and published her landmark text A Voice From The South, in which she argued that the moral, political, and economic advancement of Black women would aid in advancing American society as a whole. Cooper eloquently stated that “a bridge is no stronger than its weakest part, and a cause is not worthier than its weakest element. Least of all can woman’s cause afford to decry the weak. We want, then, as toilers for the universal triumph of justice and human rights, to go to our homes from this Congress demanding an entrance not through a gateway for ourselves, our race, our sex, or our sect, but a grand highway for humanity.” As an American folklorist, Cooper observed society and the intersecting issues of race and gender. At the age of 67, Cooper earned her Ph.D. from the Sorbonne in Paris, France. Dr. Cooper spent her life as an educator, an activist, and an outspoken feminist. She died in 1964 at the age of 105. Her funeral service was held at St. Augustine’s Chapel, and she was laid to rest in Raleigh’s City Cemetery, a half mile east of the State Capitol. 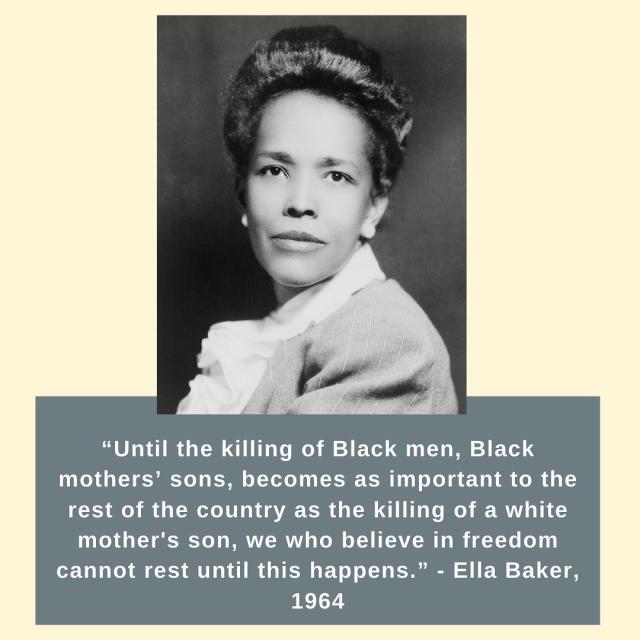 In the next installment of our True Inclusion campaign, we wanted to share more information about Ella Baker. Baker was born on December 13, 1903 in Virginia and moved to North Carolina at the age of eight. When she was fifteen, Baker began attending Shaw University in Raleigh, just blocks from the Capitol. She graduated from both high school and college at Shaw.

Baker moved to New York City and then worked for the Works Progress Administration. In 1938, she began working with the national office of the National Association for the Advancement of Colored People (NAACP), starting as a field secretary and eventually rising to the position of a director of NAACP branches. In 1957, Baker moved to Atlanta to help organize the newly formed Southern Christian Leadership Conference (SCLC) and their voter registration program.

After witnessing the sit-ins led by North Carolina A&T University students in Greensboro, Baker recognized an urgent need to organize young people and students to engage in civil rights activism. In April of 1960, she returned to Shaw University to speak at a youth leadership conference. At this conference, Baker helped form the Student Nonviolent Coordinating Committee (SNCC), an organization designed to harness the power of student-led protests. With Baker’s assistance and direction, SNCC organized the Freedom Rides in the summer of 1961, sending activists into the South on interstate buses to challenge segregation. As Freedom Riders came through North Carolina, and as more sit-ins and voter registration drives were held in the state by SNCC and other groups, Governor Terry Sanford was pressured to reevaluate his formerly quiet stance on civil rights protests. In 1963, Sanford called 150 Black civic leaders to the State Capitol to discuss growing civil rights concerns.

Ella Baker spent her career - which spanned five decades - challenging racist, classist, and sexist notions about who should and could lead the Black freedom struggle. Her work organizing SNCC, coordinating voter registration drives, empowering community leaders, and building local grassroots movements increased the reach and impact of the Civil Rights Movement. By forcing Americans to confront racial injustices and pursue a more democratic nation, Baker and other activists compelled reluctant NC politicians to speak out on civil rights issues, leading to changes in legislation and increased Black [and/or minority] representation in government. Baker once said, “Remember, we are not fighting for the freedom of the Negro alone, but for the freedom of the human spirit, a larger freedom that encompasses all mankind.” Ella Baker died on December 13, 1986 in New York City. 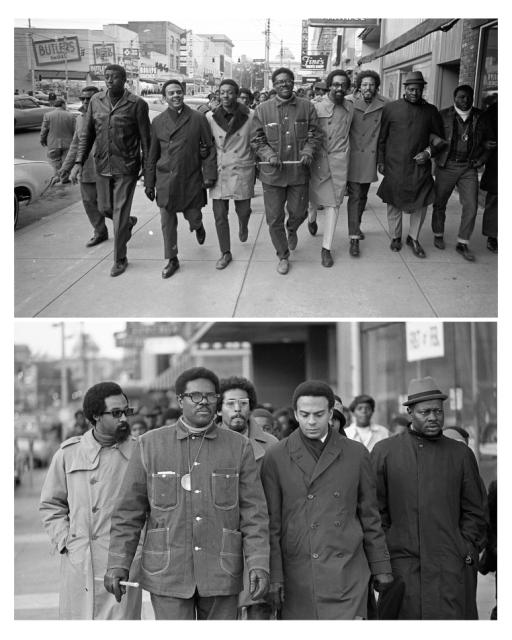 As we continue to share the stories of African Americans associated with the NC State Capitol, we wanted to share more about Golden Asro Frinks. Frinks was born in Wampee, SC on April 26, 1920 and moved with his family to Tabor City, NC when he was nine. When he was seventeen, he moved to Edenton, NC.

After serving in World War II, Frinks briefly lived in Washington, D.C., where he witnessed organized protests. In 1954, he returned to Edenton, where he began his long career in civil rights, and in 1956, with a movement to desegregate public facilities in town. He went on to lead dozens of communities in North Carolina toward desegregation with non-violent tactics. In 1963, after meeting with Dr. Martin Luther King, Jr., Frinks was chosen as a field secretary in the Southern Christian Leadership Conference (SCLC). While working for the SCLC, he led movements for the civil rights of both African Americans and American Indians in North Carolina. Often called “The Great Agitator,” Frinks was known to inspire others and lead them to victory with his brash and wild style of speaking and rousing a crowd. In 1977, Frinks stopped working with the SCLC officially, but continued to support their activities. Golden Frinks died in Edenton on July 19, 2004.

His home in Edenton, NC - the Golden and Ruth Frinks Freedom House - is currently being stabilized and renovated as part of a multi-year project through the National Park Service and @nchistoricsites. #TrueInclusion

These photographs show the Hyde County Civil Rights and School Protest March in 1969. The march was from Swan Quarter to Raleigh, and the protest led to the desegregation of public schools and the protection of historically Black school buildings in Hyde County. Frinks is in the foreground of the first image and in the middle of the second, wearing glasses and holding something in his hands. The Capitol’s dome is visible in the background, as the protesters marched through downtown Raleigh. Images from the News & Observer Collection, State Archives of North Carolina. 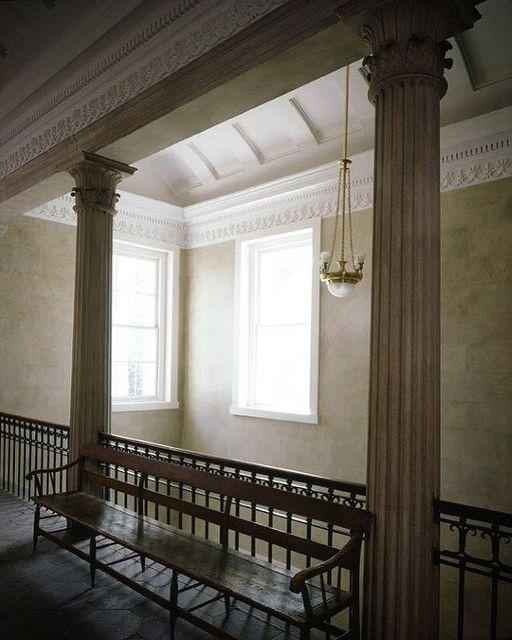 In the next installment of our #TrueInclusion campaign, we wanted to share more about Glasgow Saunders. In 1834, the "Report of the Commissioners Appointed to Superintend the re-building of the State Capitol" listed Glasgow as an enslaved worker involved in the building's construction. Glasgow’s labor was valued at a dollar per day, double that of most enslaved workers. Because enslaved people typically were not allowed to pocket their earnings, it is likely that Romulus Saunders, Glasgow’s enslaver, received the income from Glasgow’s work.

It is possible that Glasgow lived at Elmwood, Romulus Saunders's home located off Hillsborough Street near the Capitol, but much of his life remains unknown. We do know that Glasgow was a respected and well-known member of the local community. In 1856, Mary Walker – an enslaved woman who secured her freedom by escaping from the Cameron family – dictated in a letter that Glasgow could be trusted to help her make contact with her mother in Raleigh. She also noted that Glasgow was one of the "colored deacons of the Baptist Church" in downtown Raleigh.