A Brief History of the Historic Site 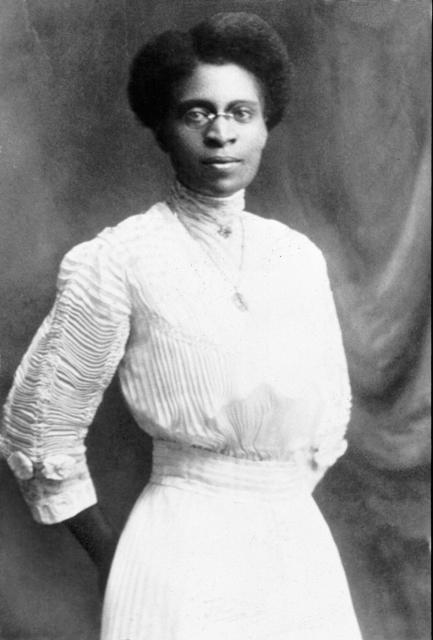 "In a little white church, which was school and church combined, my life's work began."

Charlotte Hawkins (1883-1961), born in Henderson, North Carolina, was a northern-educated granddaughter of formerly enslaved people. She returned to her home state as a teacher in 1901, and the following year established the Alice Freeman Palmer Memorial Institute in Sedalia, near Greensboro. The African American boarding school evolved from an agricultural and manual training facility to a fully accredited, nationally recognized preparatory school. More than 1,000 students graduated during Brown's 50-year presidency. She died in 1961. Ten years and three administrations later the school closed its doors.

"I sit in a Jim Crow car, but my mind keeps company with the kings and queens I have known. External constraints must not be allowed to segregate mind or soul."

Bennett College purchased the Palmer campus, but in 1980 it sold 40 acres of the main campus with major surviving buildings to the American Muslim Mission. The Muslims attempted to establish a teacher's college for a short time, but on much of the campus the decay which began in 1971 continued unabated.

In late 1982 Mrs. Maria Cole, a niece of Dr. Brown's, visited friend and schoolmate Marie Gibbs of Greensboro. Together they returned to the campus where both had been students and expressed a joint desire for recognition of Brown's social and educational contributions. Immediately Gibbs and others began sponsoring meetings of Palmer alumni and enlisting support. They met with North Carolina's Division of Archives and History to explore ideas.

State Senator William (Bill) Martin soon joined the cause. He secured passage of a special bill in the 1983 General Assembly which allowed for planning by Archives and History of the state's first African American state historic site. This site would be a memorial to Dr. Brown. In 1984 the legislature approved an additional $67,000 to continue the study. Shortly after state planning and research began, citizens organized the Charlotte Hawkins Brown Historical Foundation, Inc., a nonprofit society headed by Gibbs and later by Dr. Harold Webb.

In 1985, the foundation and others convinced the legislators to appropriate $400,000 for land acquisition and initial restoration of the Palmer campus. After lengthy negotiations, Archives and History purchased from the American Muslim Mission 40 acres containing the heart of the campus. The site is a memorial to Charlotte Hawkins Brown and will link her work at Palmer to the larger themes of African American education and women's history in North Carolina, the South, and the United States as a whole.

In November 1987, the memorial officially opened as a state historic site. By that time the Carrie M. Stone Teachers' Cottage had been restored as a visitor center featuring exhibits and an audiovisual program. Today, Canary Cottage (Brown's home) was stands furnished and restored and serves as a historic house museum. Visitors can tour the home on a guided tour with site staff. The remaining dozen or so buildings make up the historic landscape of the school.