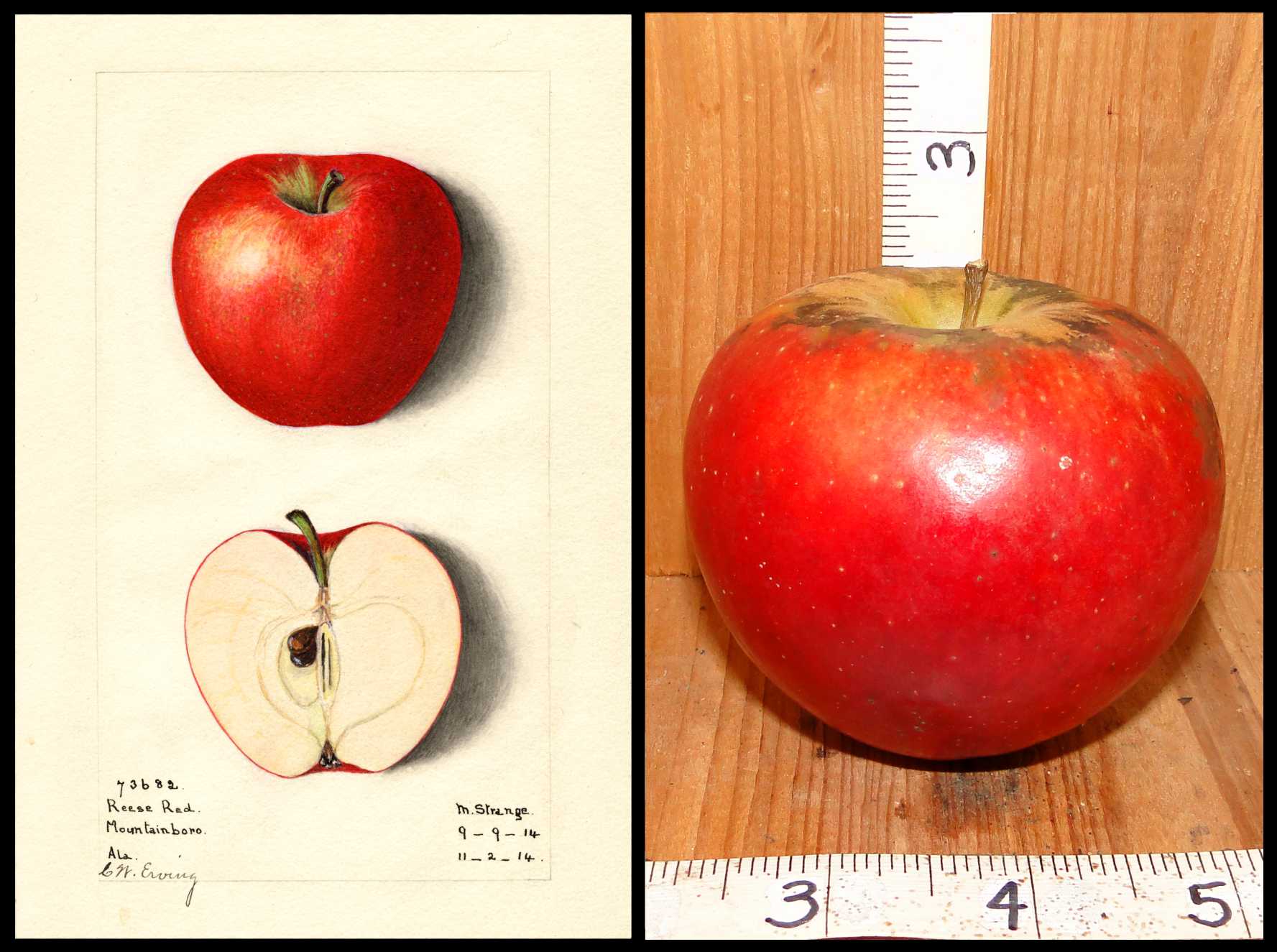 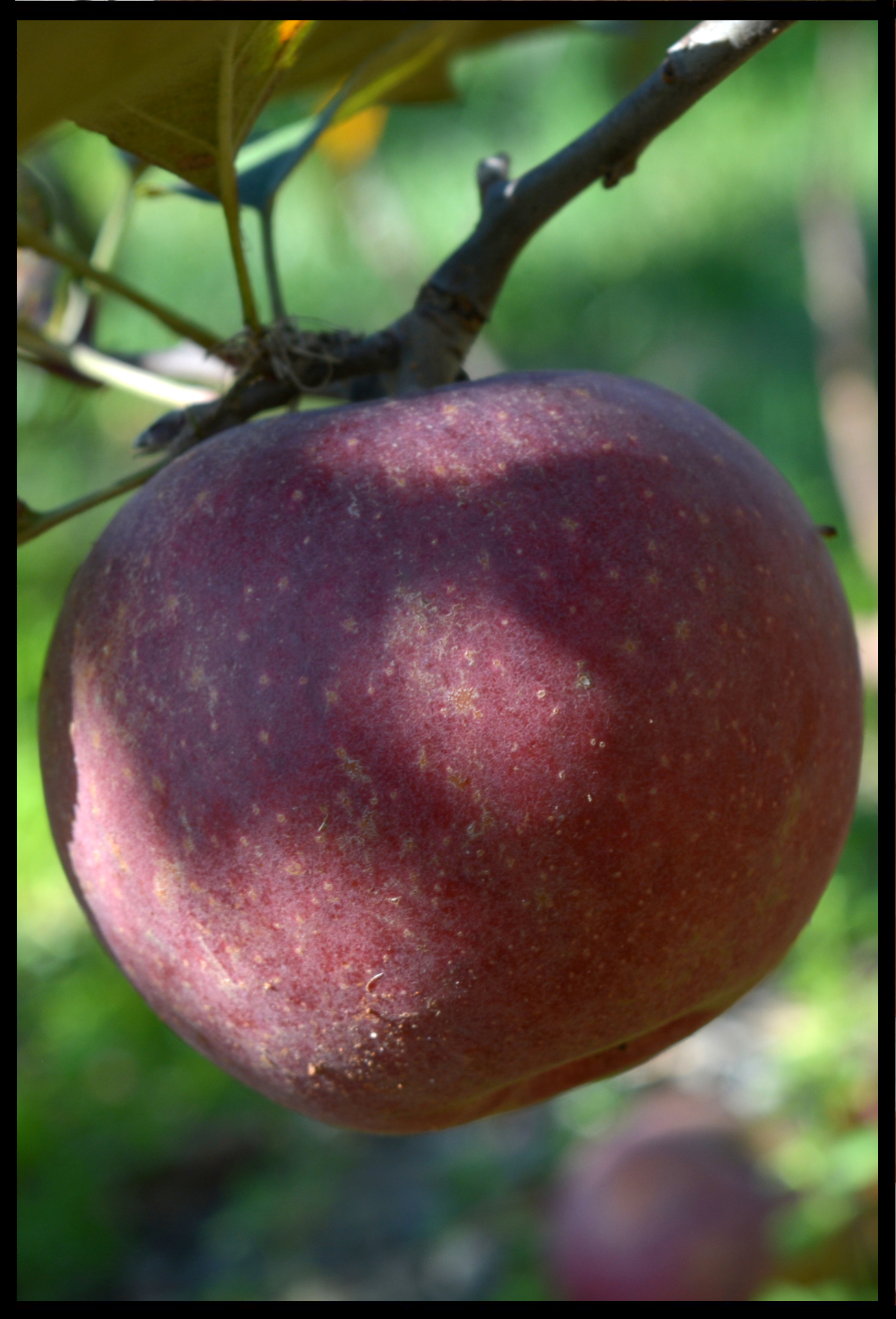 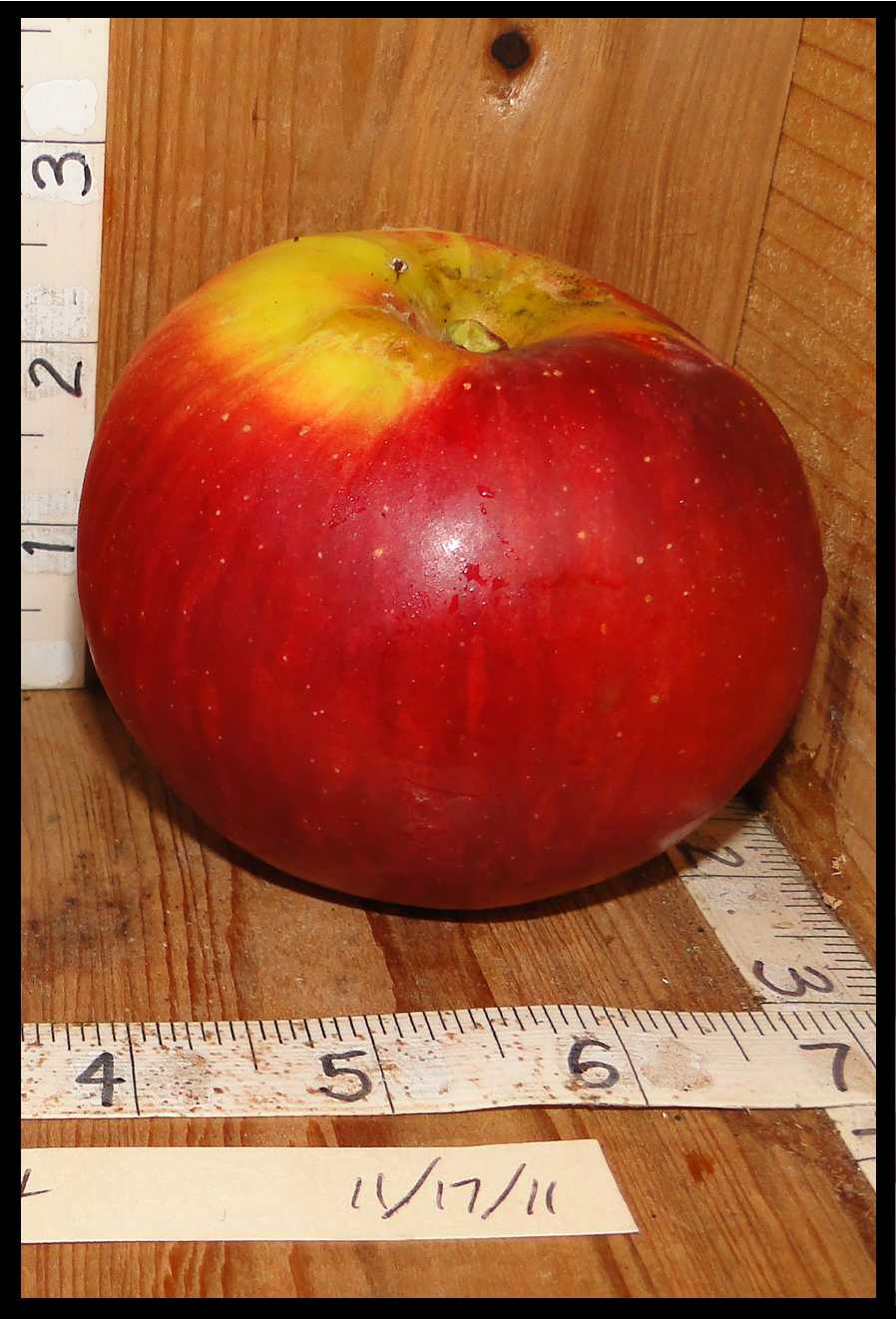 History: The Tennessee apple hunter Don Stocker found Regent trees several places in his state. It is not a very old apple but is rare in the South. Regent originated as a cross of Red Duchess x Delicious made in 1924 at the University of Minnesota Fruit Breeding Farm. 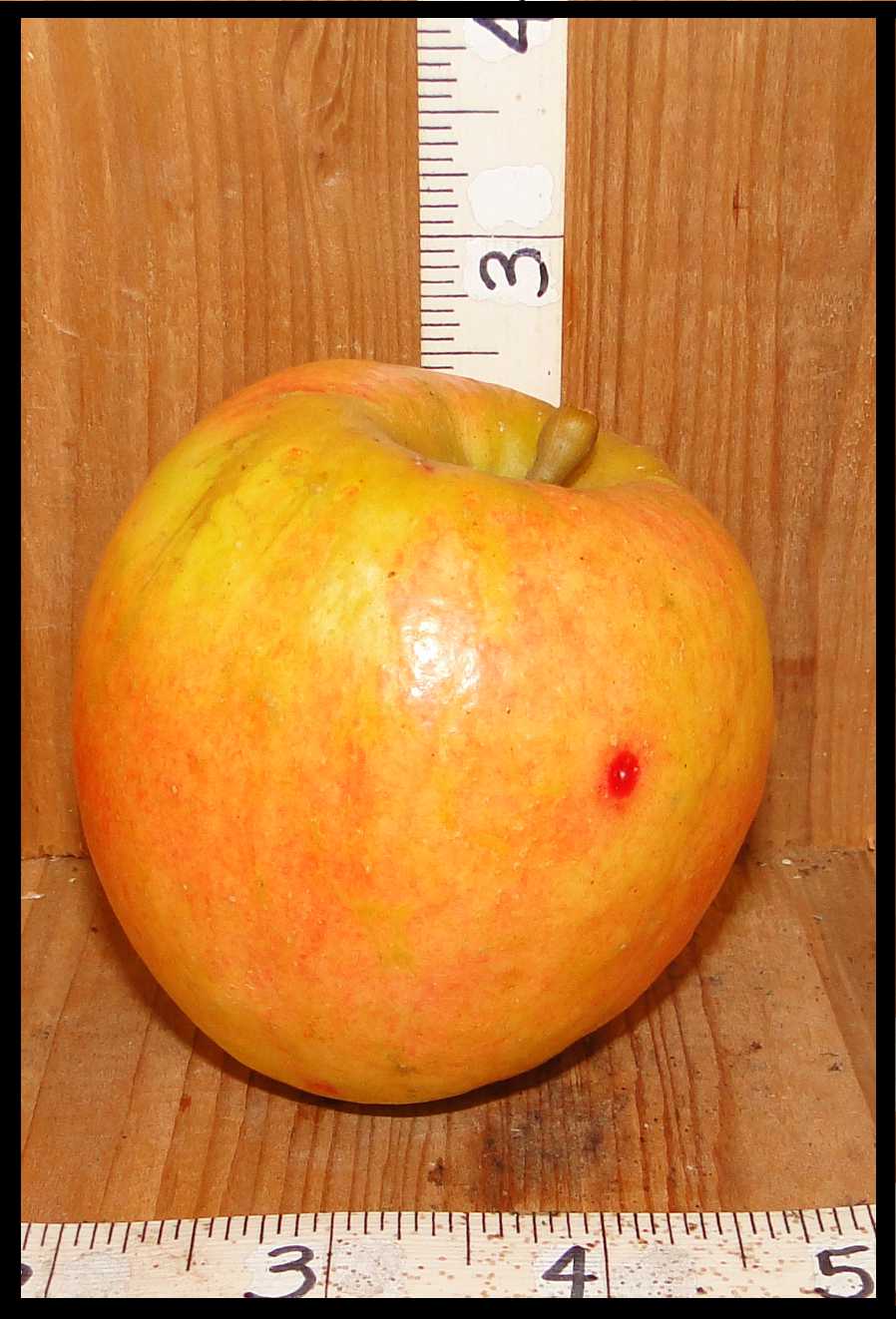 History: The southern apple is not old, but its quality and adaptability to warmer areas of the South make it worthy of preservation. It originated in 1972 in Houston, Texas (Zone 9) and is named for Rev. Herman T. Morgan (b. 1894), the Methodist minister who first grew this apple. It is believed to be a seedling of Granny Smith. 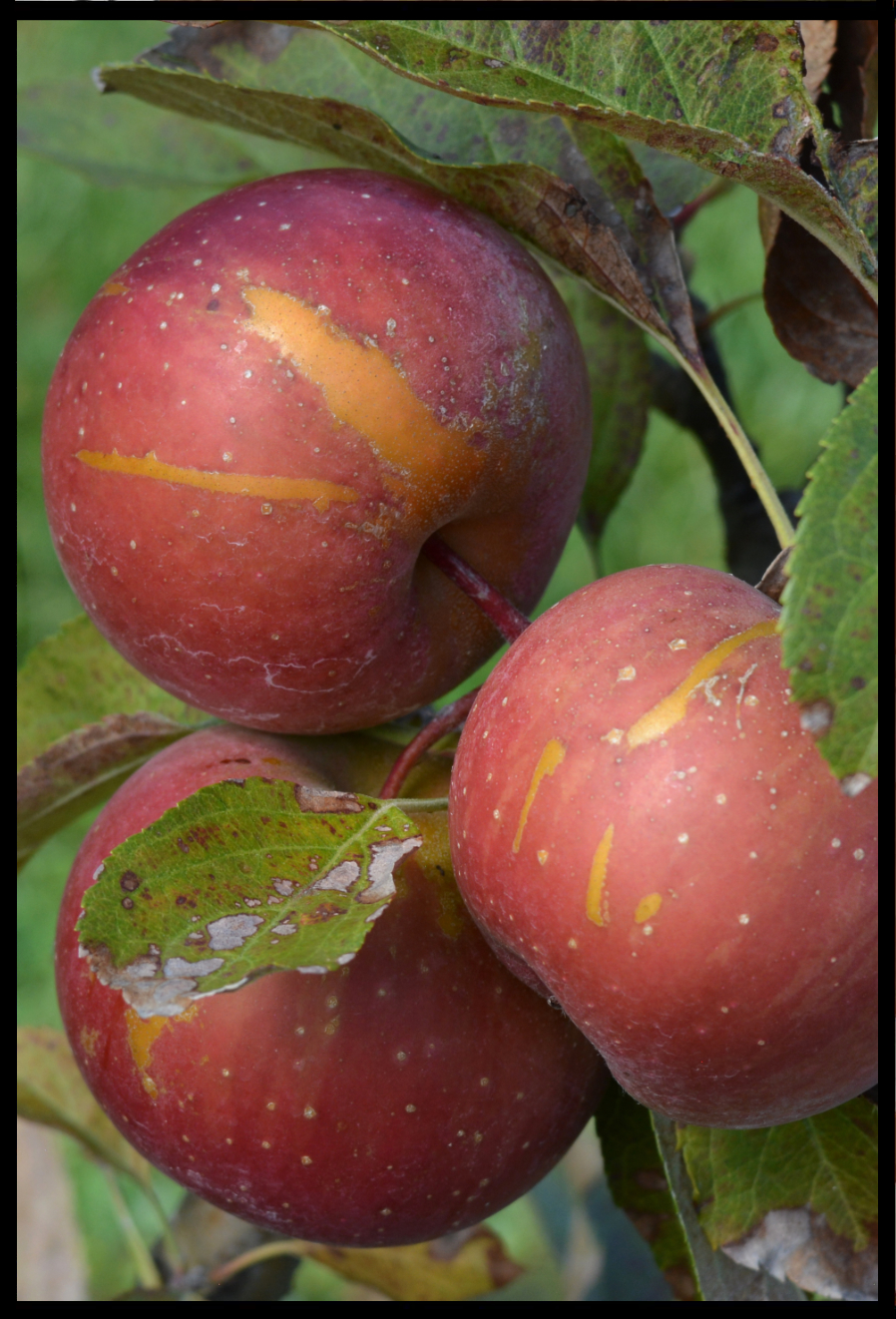 History: The family who shared the remaining Rexrode Beauty tree tells the story of an ancestor who walked thirty miles from Elkins to Buckhannon, West Virginia, to obtain scions. 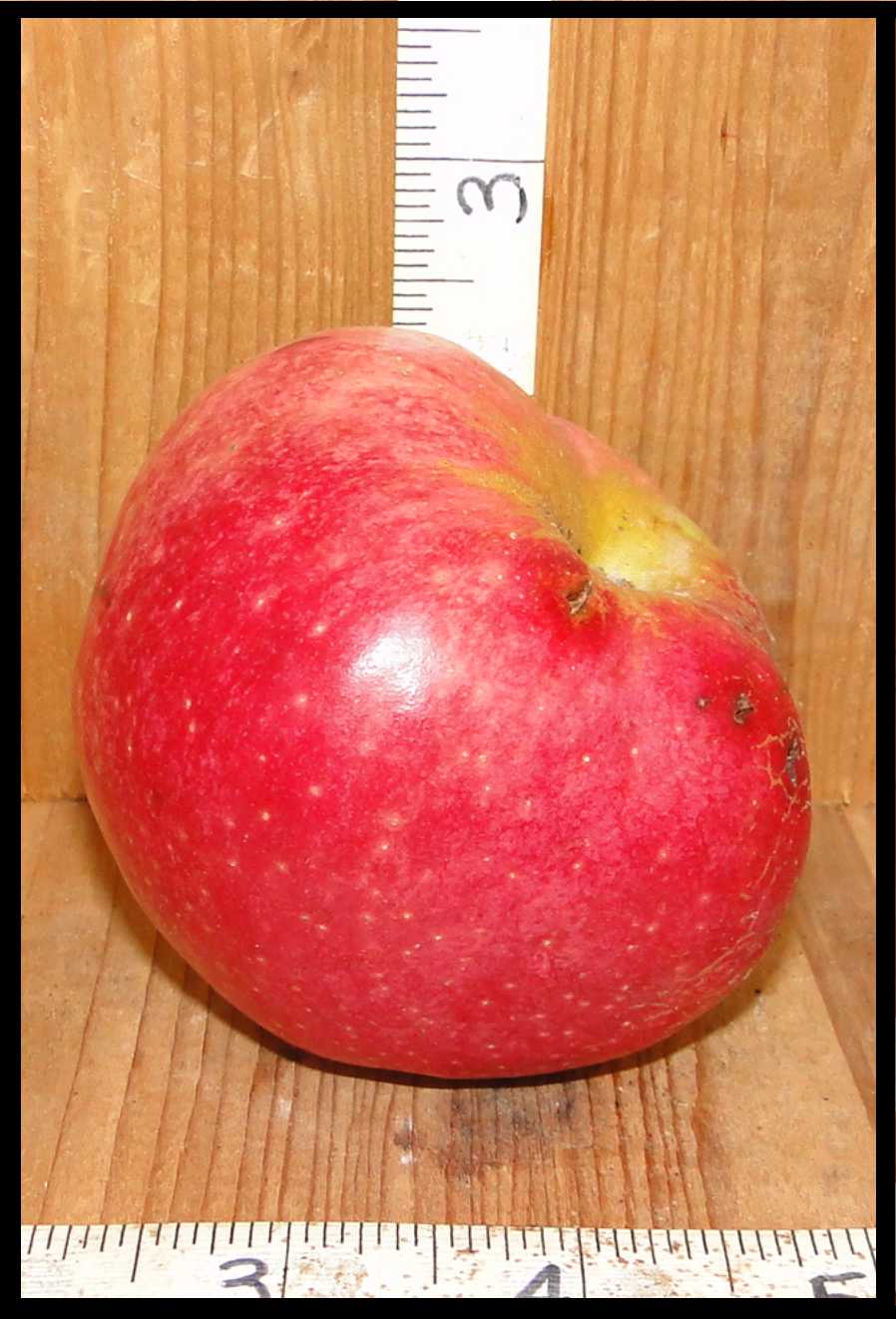 History: This variety was bred by Dr. George D. Oberle at VPI. A cross of Red Rome x Schoharie introduced in 1967. 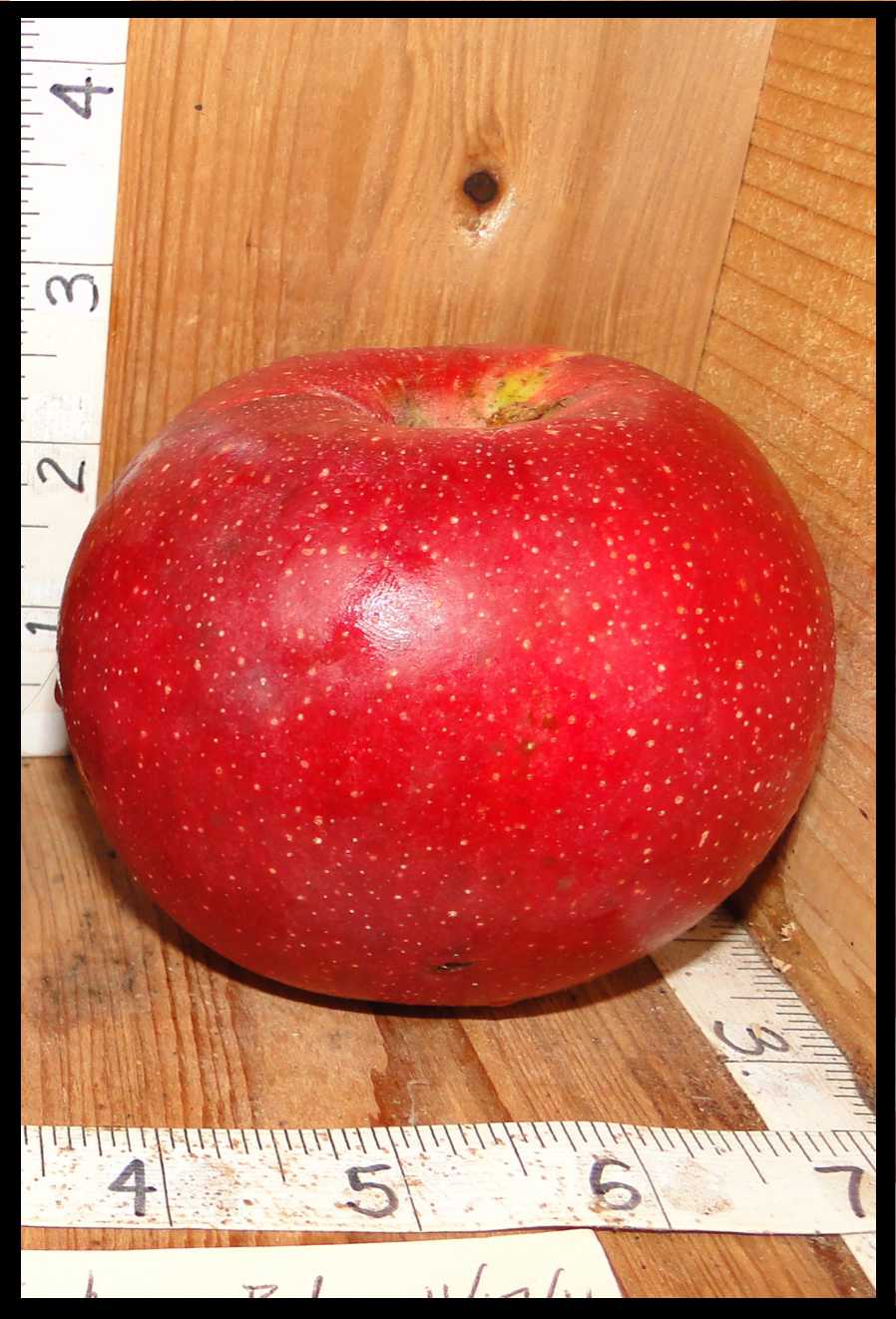 History: First mentioned as having been planted in a North Carolina orchard in 1843 where the fruit was valued for its keeping qualities. An 1874 letter from Joshua Lindley, the prominent North Carolina nurseryman, states that Hallum was the original name, being the name of the originator in Rockingham County, North Carolina. 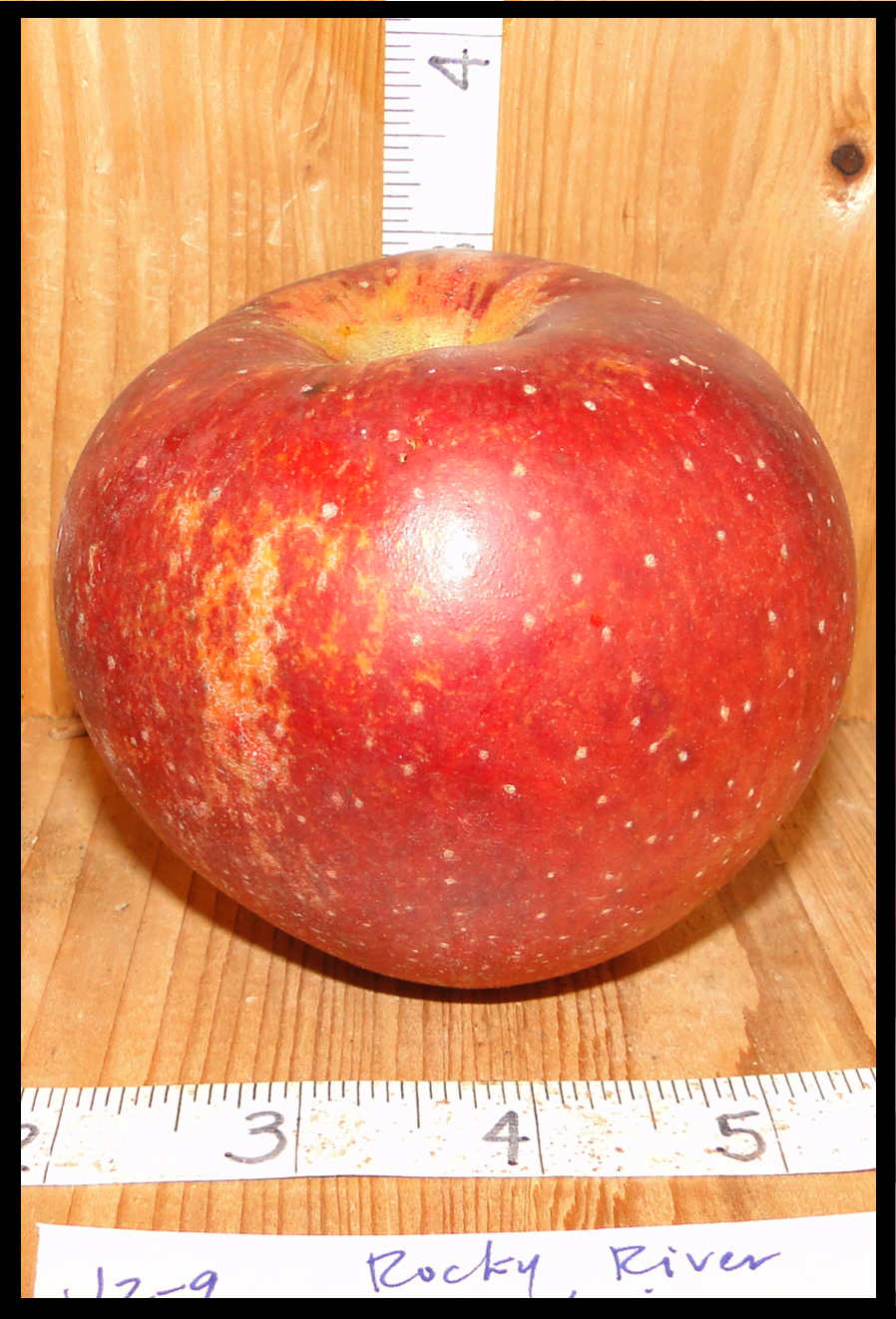 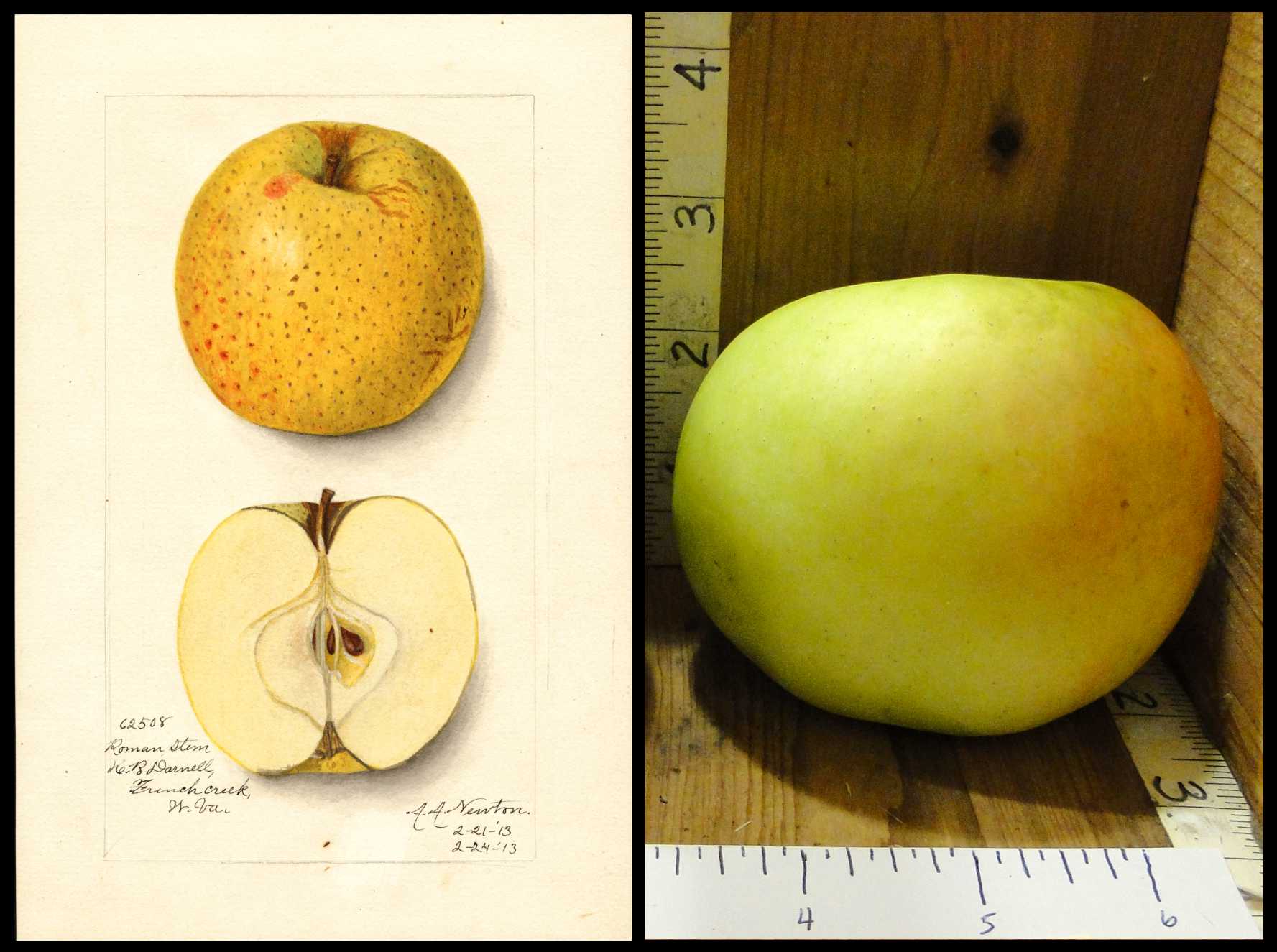 History: This apple originated in New Jersey before 1868 and was sold by a nursery in Arkansas in the early 1900s. 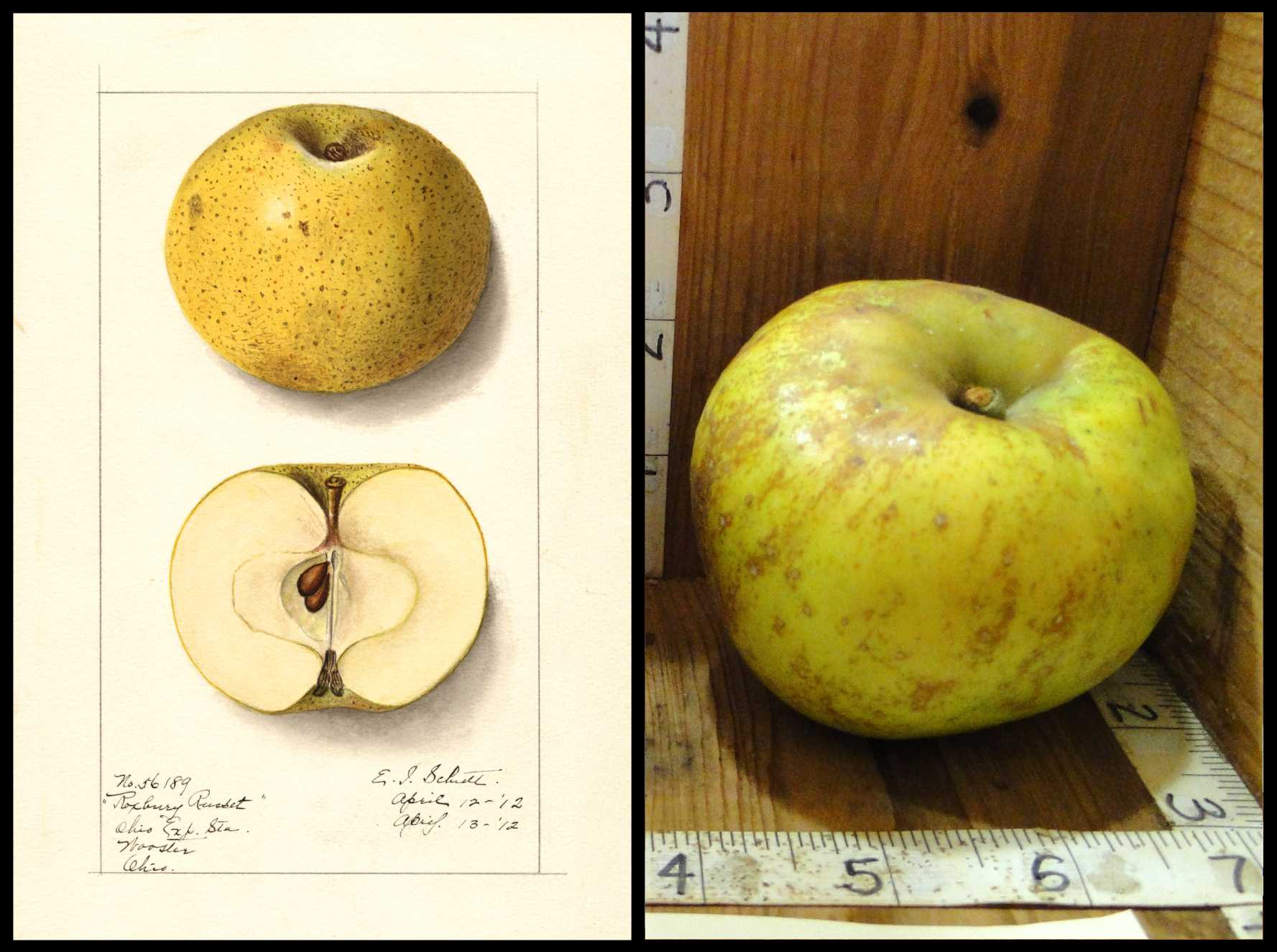 History: Roxbury Russet is the oldest American apple, originating in Roxbury, Massachusetts, within twenty years of the arrival of the Pilgrims. It was taken to Connecticut in 1649, and in the late 1700s was introduced into the Ohio Valley under the names Putnam Russet, Marietta Russet, and other synonyms. Although not of southern origin, Roxbury Russet was a widely grown russet in the South. Old trees are still encountered in the mountains of North Carolina and Virginia. 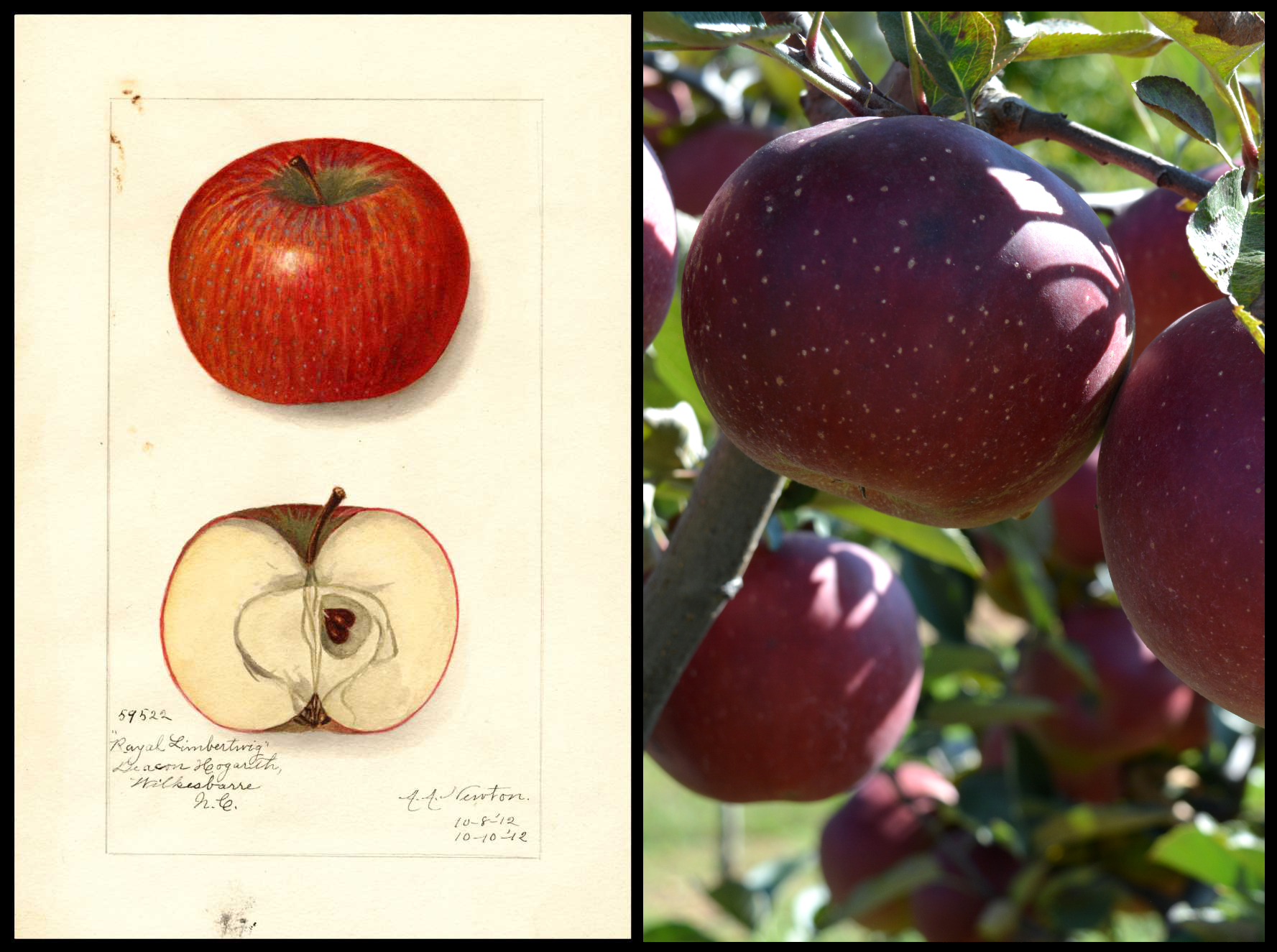 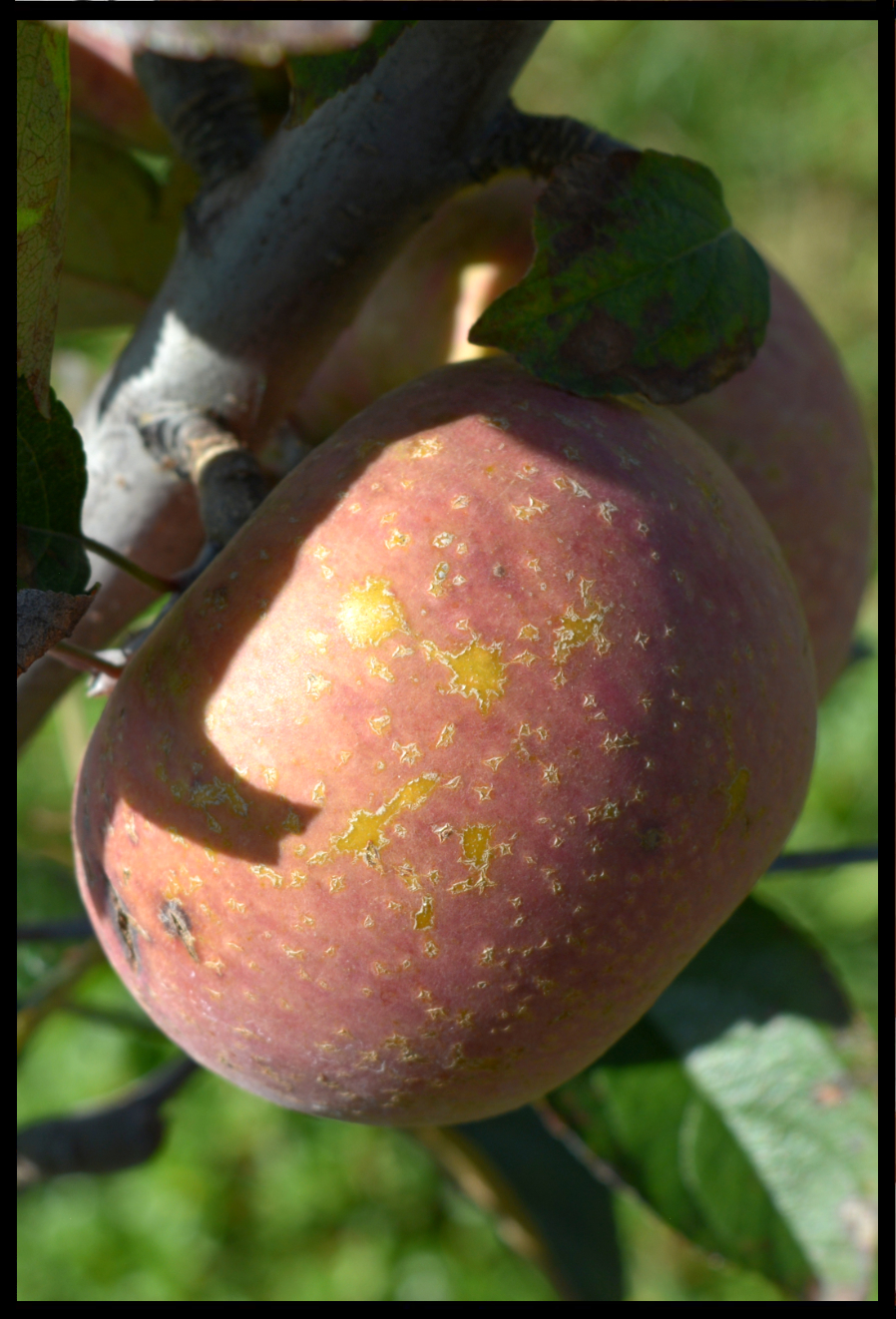 A very obscure Limbertwig from the collection of the late Robert Dudney of Gainesboro, Tennessee. Ruby Limbertwig is like many of the fine Limbertwig varieties which arose in very remote areas of the Appalachians. Though extremely popular within their area of origin, they were rarely listed in regional or local nursery catalogs and so have incomplete or unknown histories. Ruby Limbertwig is an especially attractive apple with the distinctive earthy, musky flavor typical of Limbertwigs. Fruit is medium, roundish with rich, ruby-red skin. Ripens in October and is a good keeper. 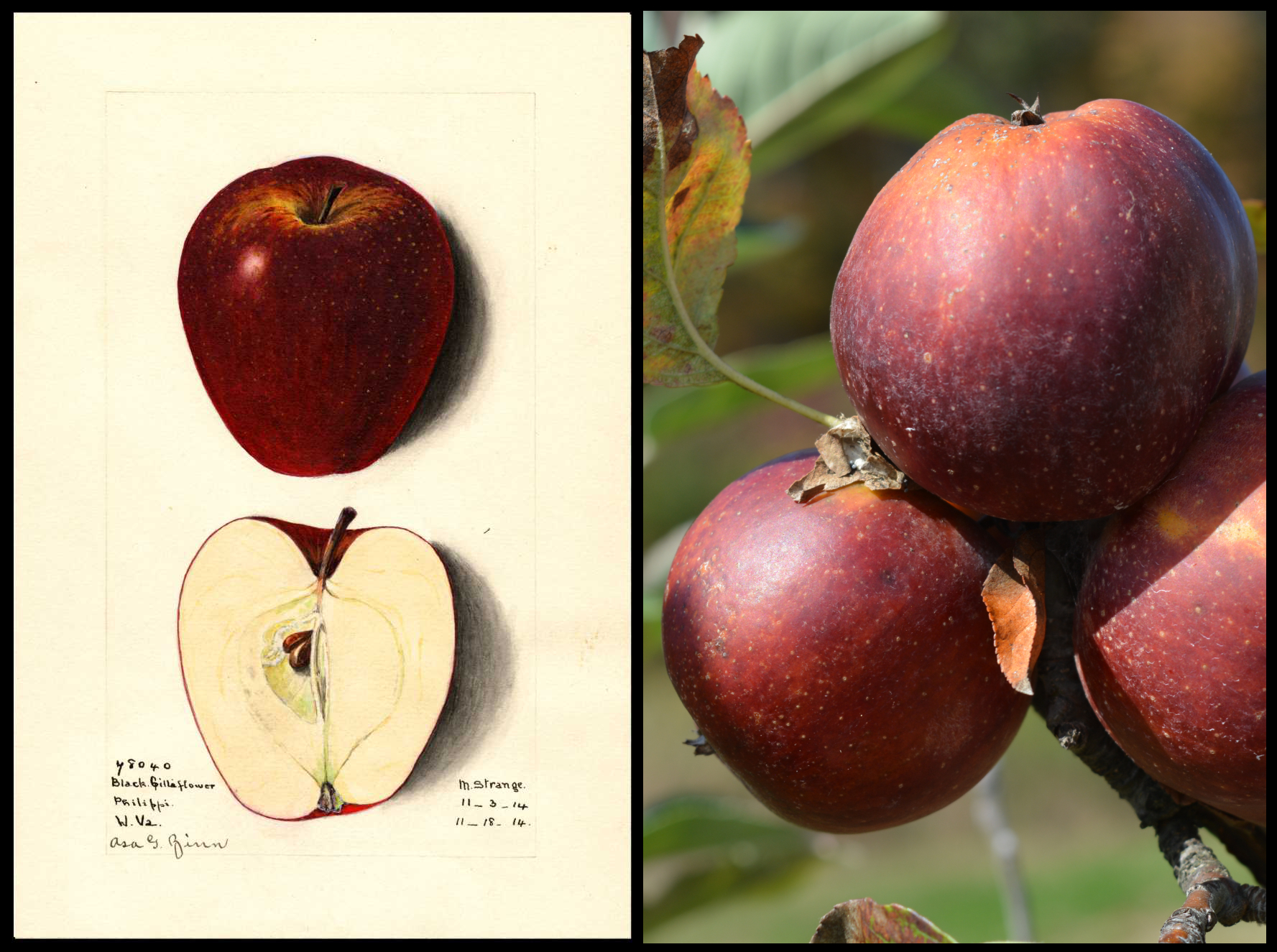 History: This is a very old variety known in Connecticut in the early 1700s. Perhaps its most distinctive feature is the shape of the fruit, being very oblong and tapering down to a narrow point at the blossom end. 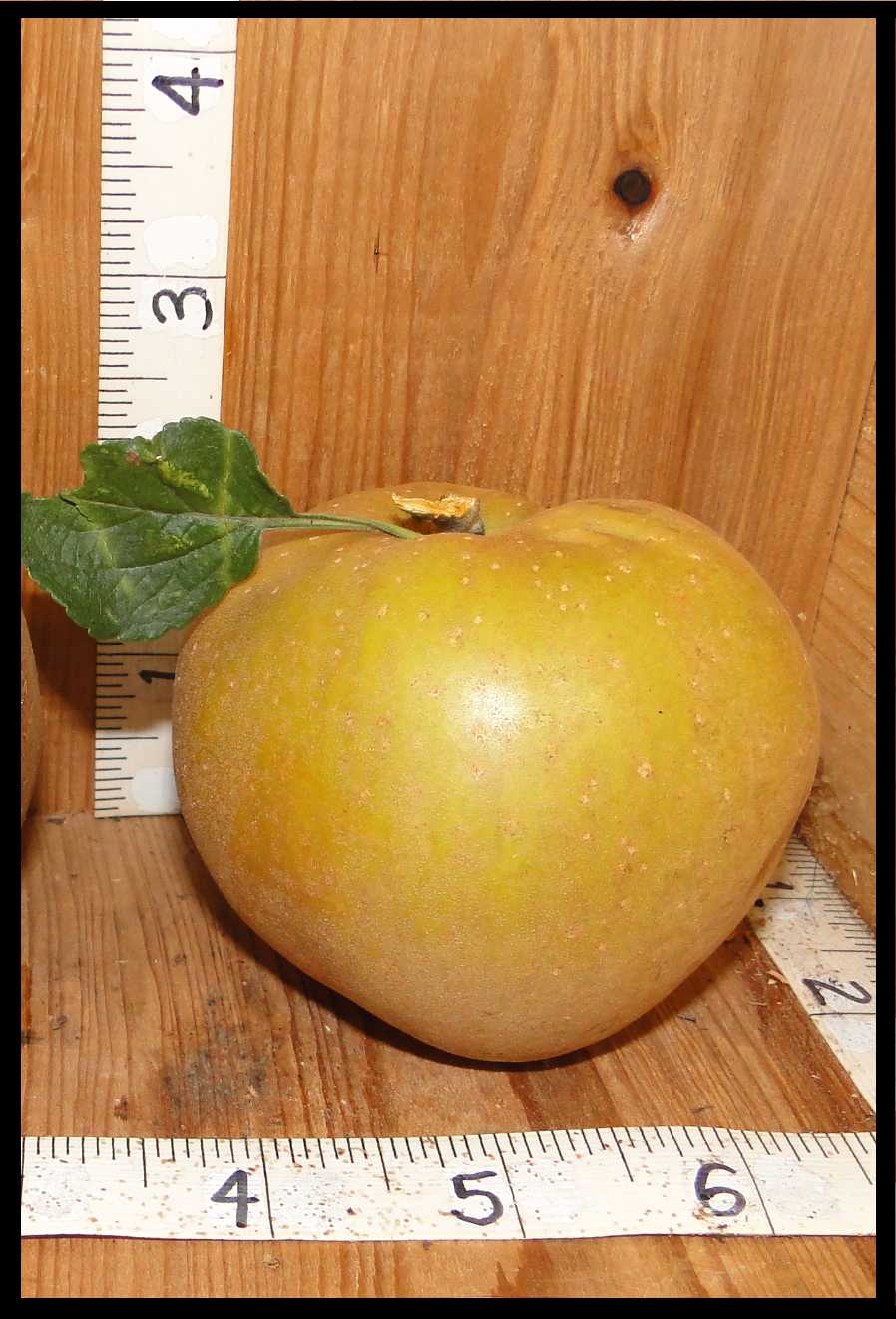 History: None of the old pomological references lists or describes an apple named Rusty Coat, and the only southern catalog listing is by a 1916 Tennessee nursery. A listing of apple trees planted in 1843 at the Snow Hill plantation near Durham, North Carolina, includes Rusty Coat.  Lee Calhoun found an old apple tree near Andrews Store in Chatham County, North Carolina, called Rusty Coat by its owner, and which is listed here as Rusty Coat (Andrews).