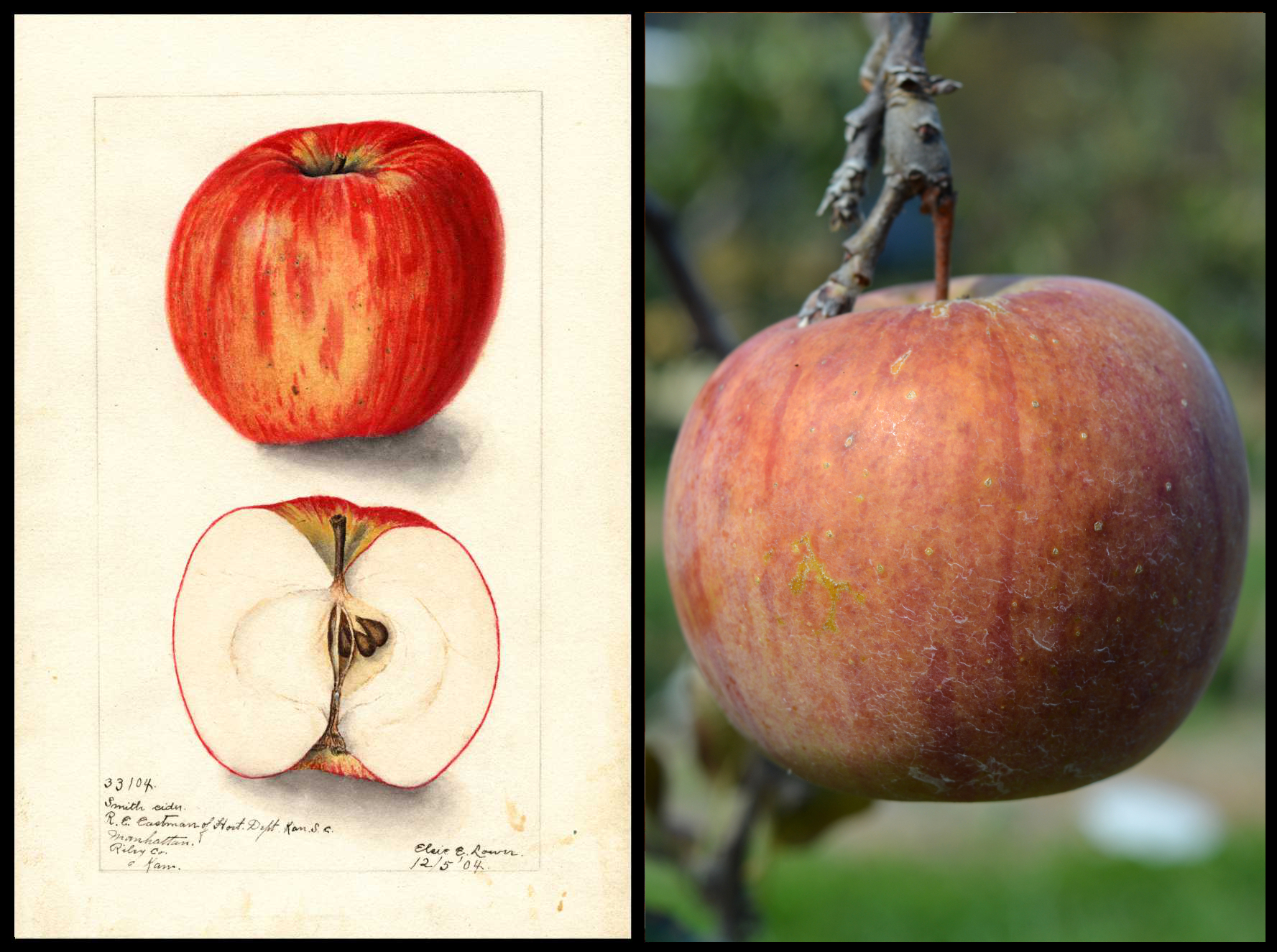 History: Despite its name, this is not exclusively a cider apple but is also good for cooking and fresh eating. As early as 1857 it was recommended that the word “cider” be dropped from its name because it gives a false impression.  Smith’s Cider supposedly originated in Bucks County, Pennsylvania around 1776. 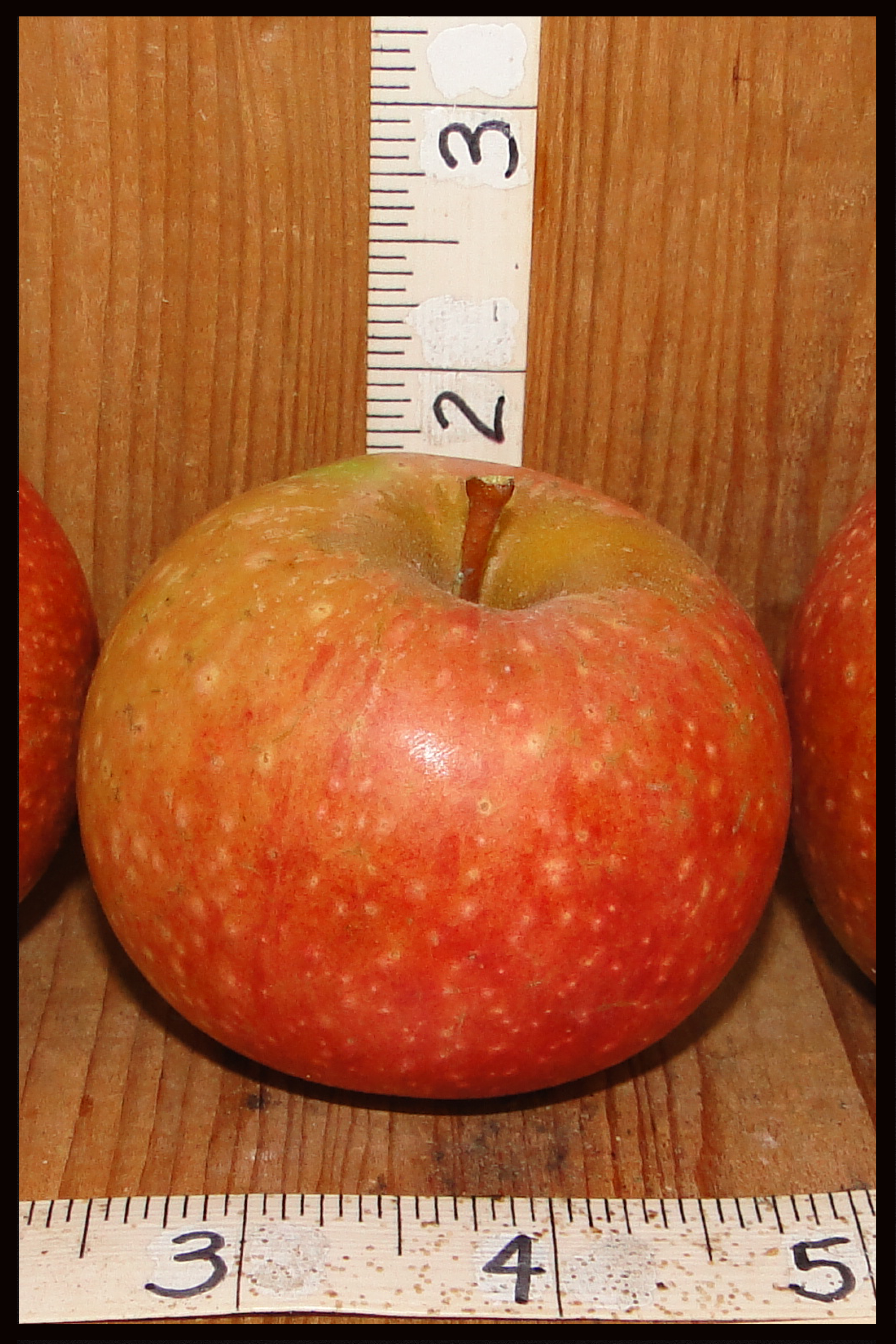 History: Originated before the Civil War with the Smith family near Francisco in Stokes County, North Carolina. It was prized for cooking and preserves because it holds its shape. 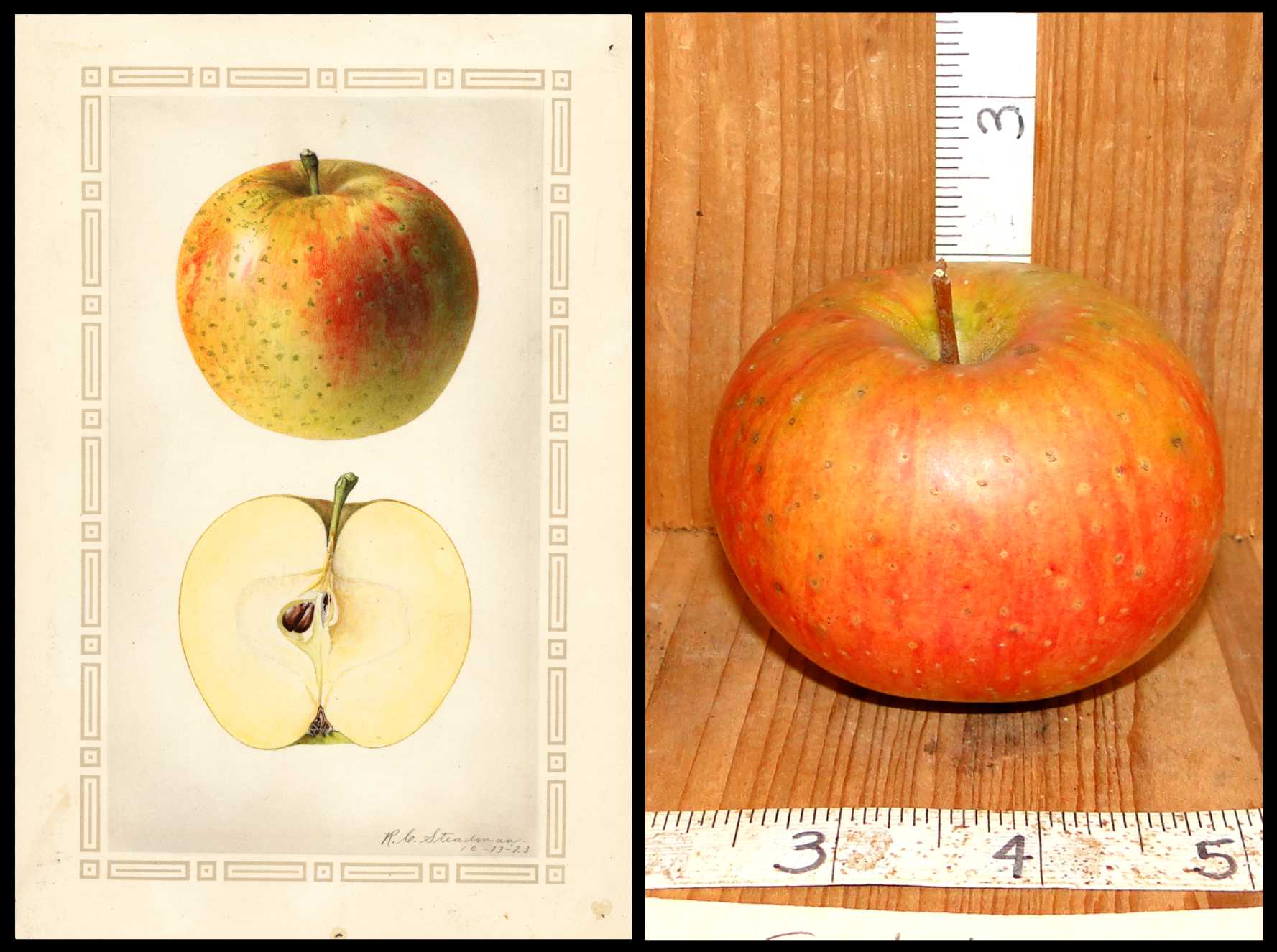 History: The original tree grew up beside the smokehouse on the farm of William Gibbons near Lancaster, Pennsylvania, and was brought to public notice about 1836. 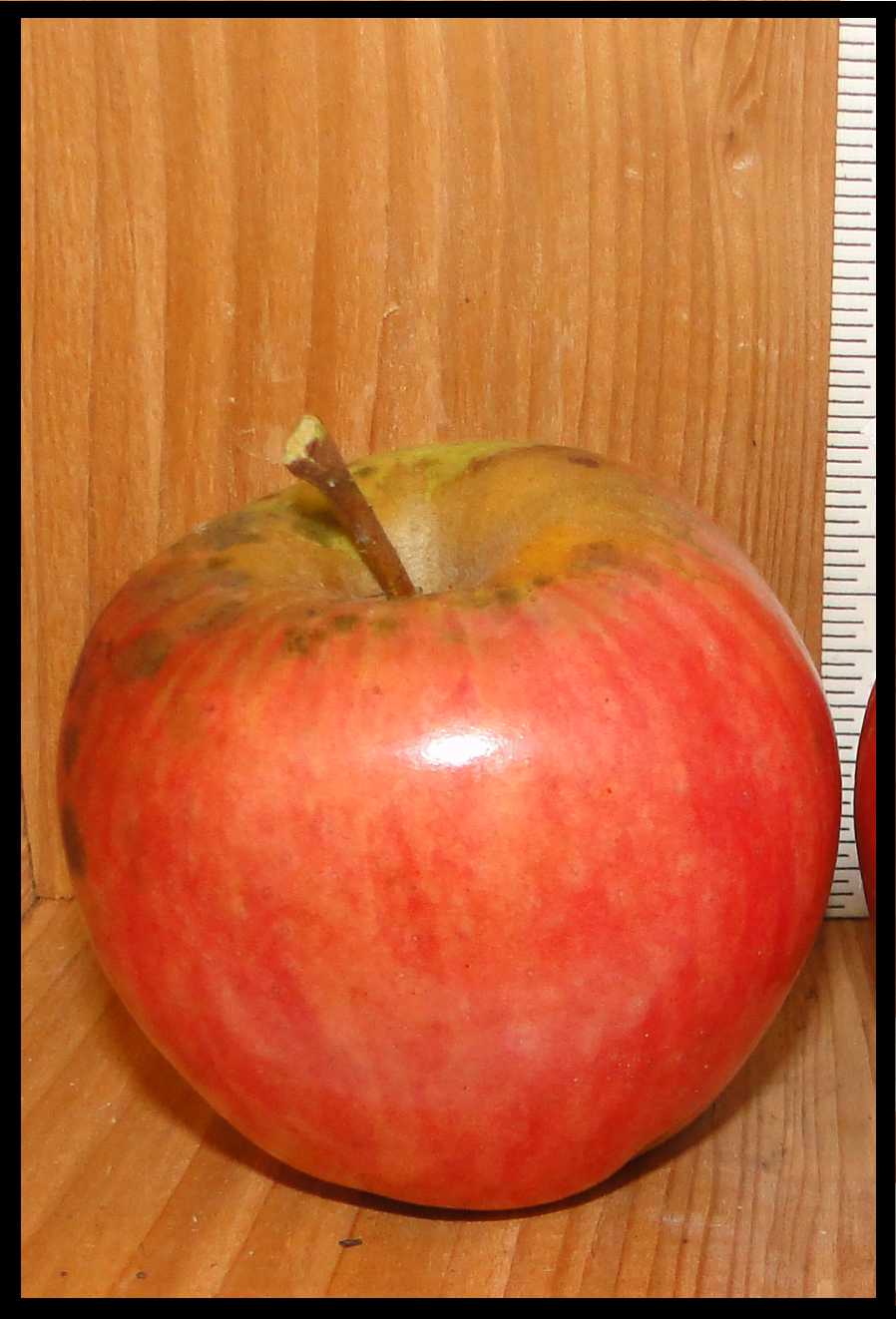 History: Miney Hensley, over eighty years old at the time, remembered Snuff apple trees at her homeplace and other nearby homes when she was young. Tom Brown found a tree there at the head of Fox Creek in Yancey County, North Carolina. 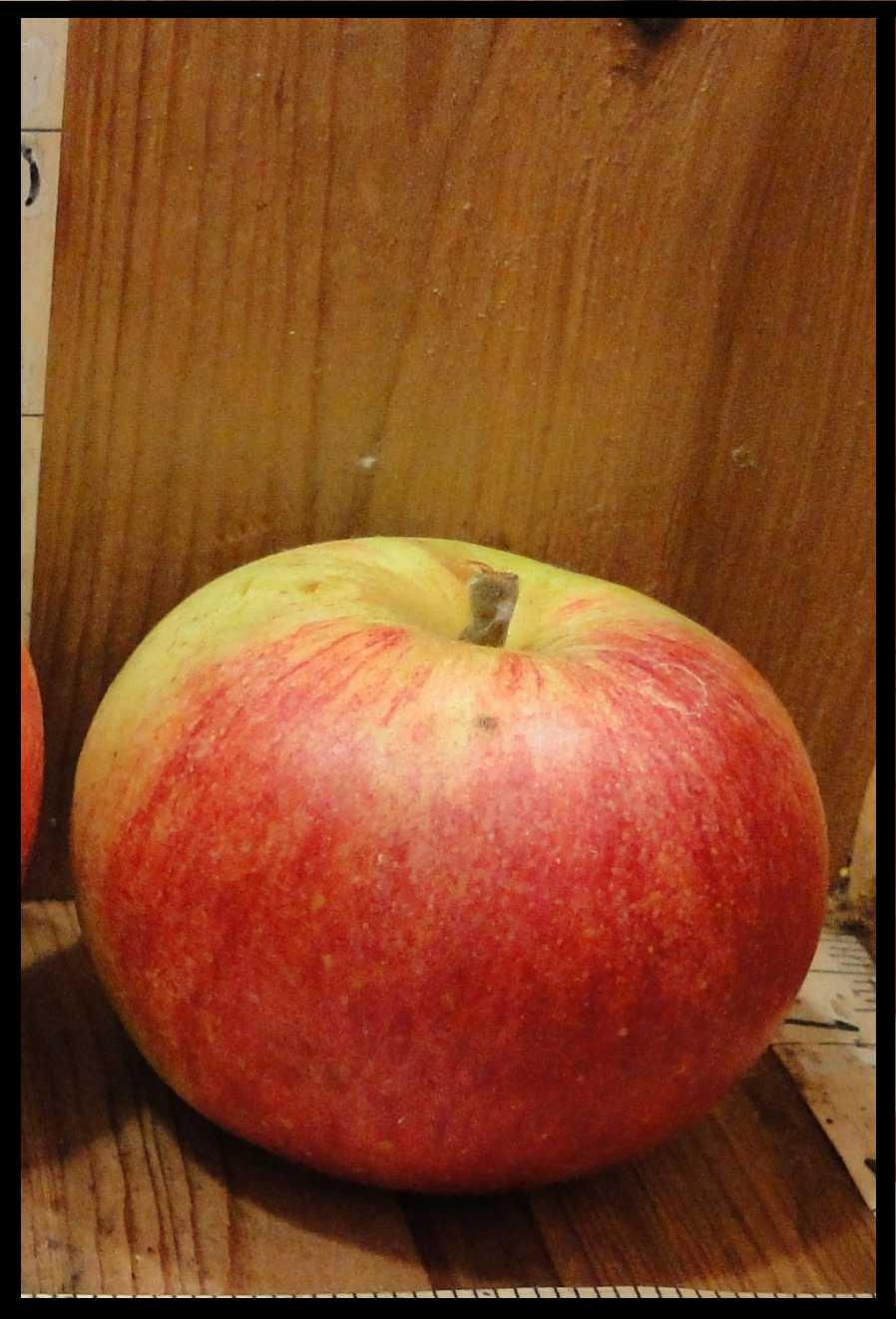 History: Sherry R. Everett of Pinetown, North Carolina, wrote to Lee Calhoun: “My mother-in-law moved here in 1933 and said that her neighbors had very large Sour June trees then. She remembers the trunks being very thick. That is as far back as I can trace them in our area. Most of the old folks have died who would know about Sour June.” 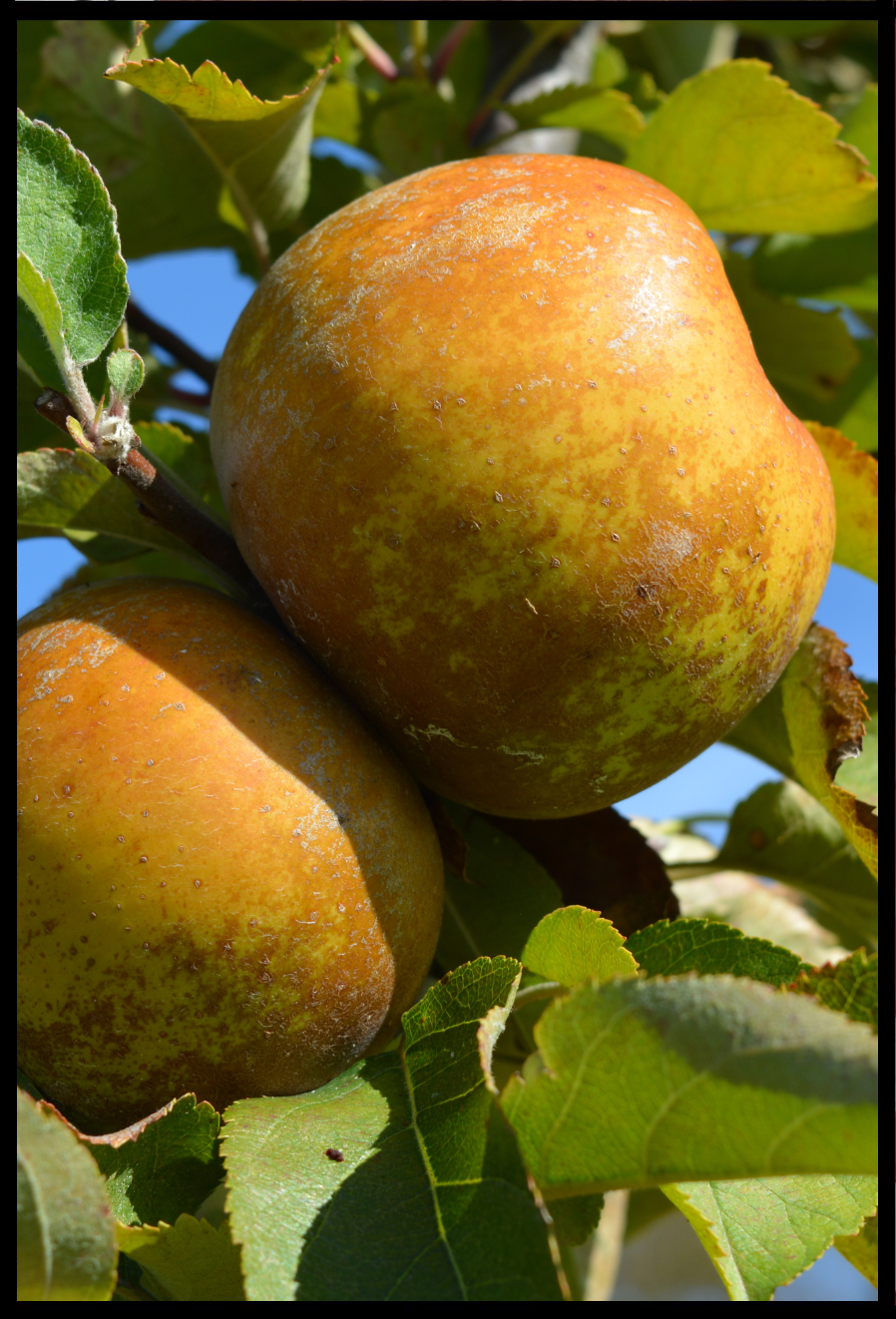 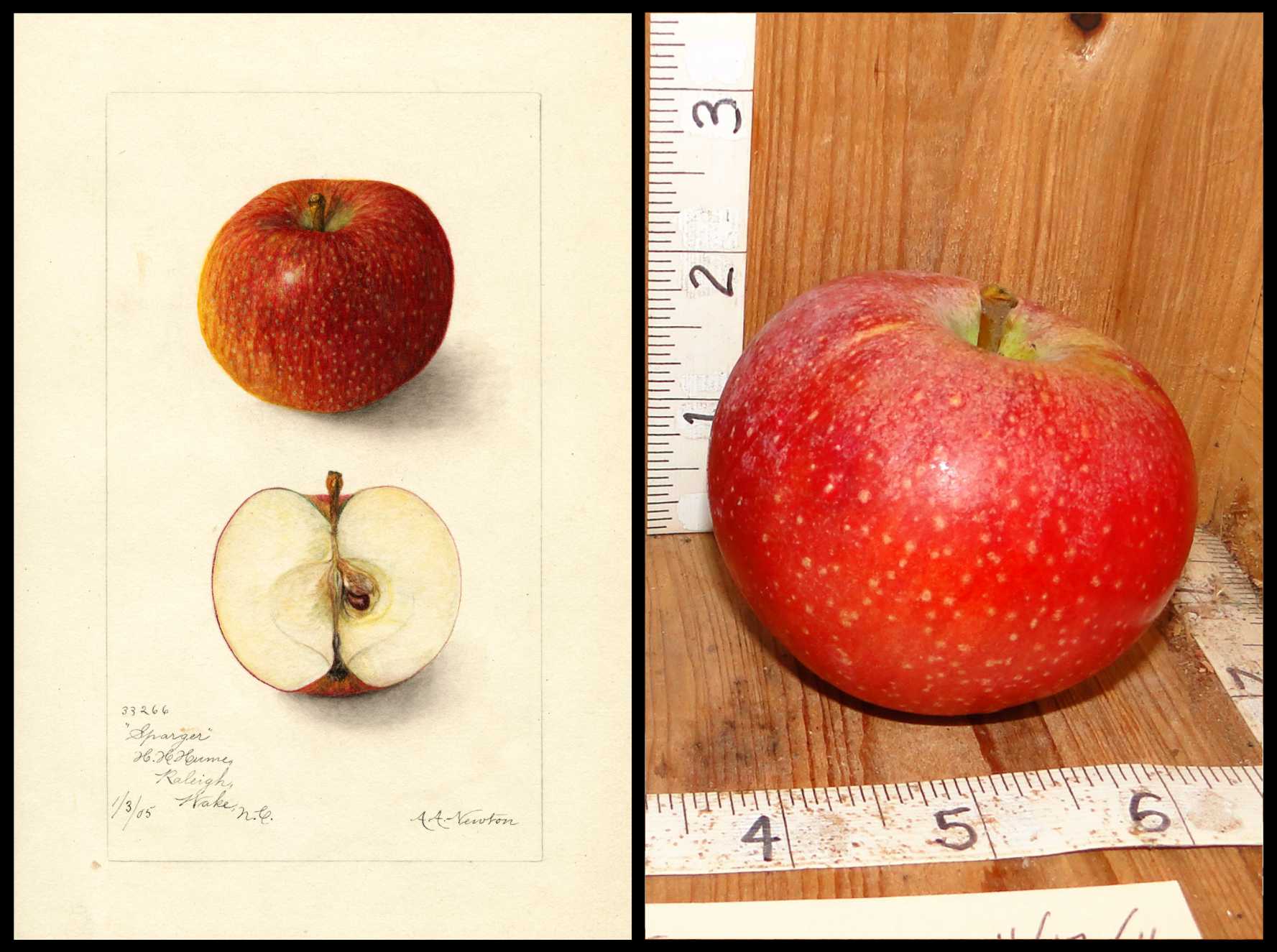 History: The original tree grew up in the 1800s from a Limbertwig seed beside the smokehouse on the Murlin Sparger farm on Crossingham Road, five miles from Mount Airy, North Carolina. Sparger was sold from 1900 to 1915 by the J. Van Lindley Nursery in Greensboro and grown commercially in Surry County, North Carolina, and surrounding counties in North Carolina and Virginia until about 1940. 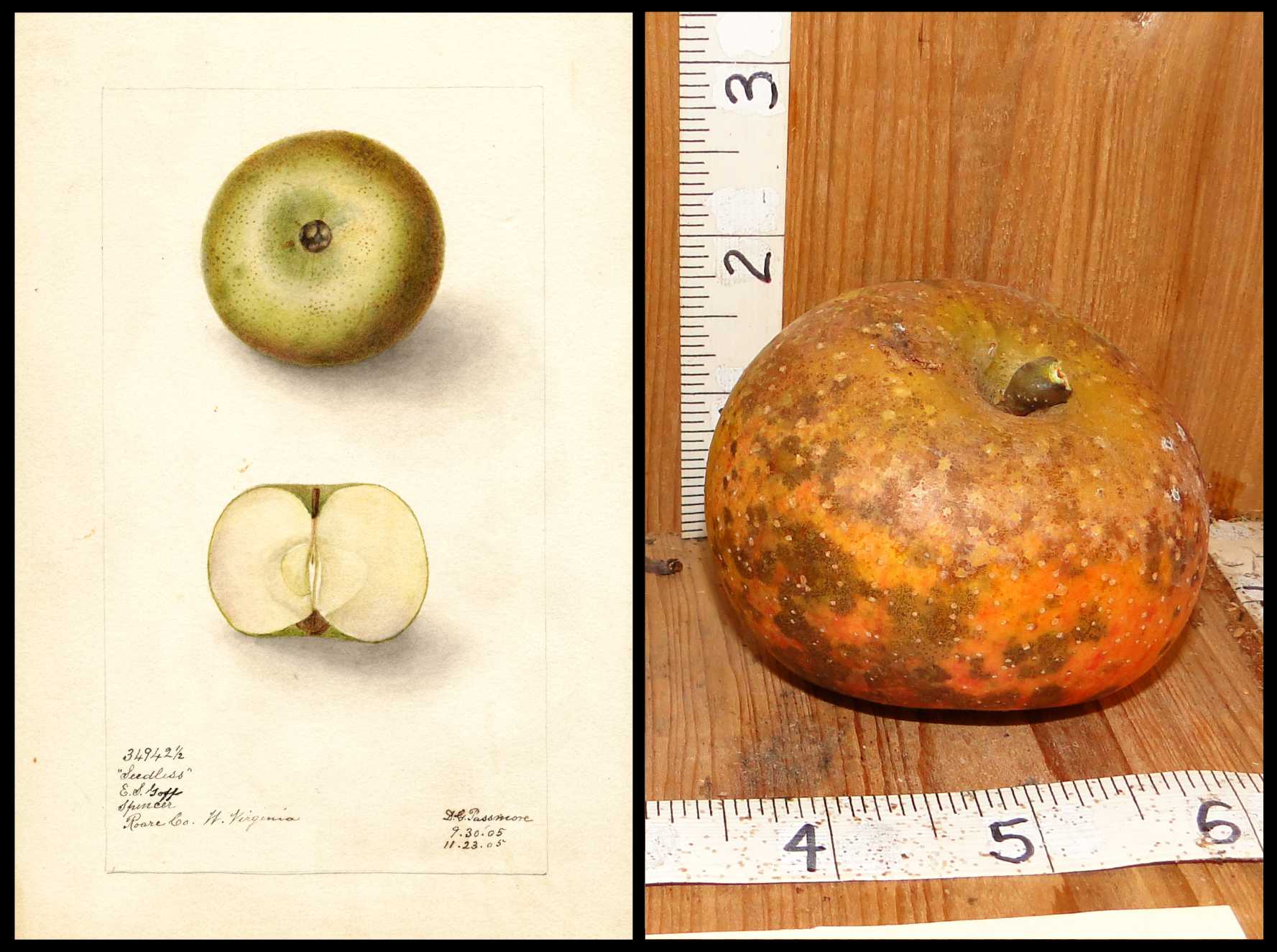 History: About 1900 a nursery was formed in Grand Junction, Colorado, called the Spencer Seedless Apple Company. It sold an apple advertised as “the world’s greatest discovery in horticulture.” Detective work by Charles Waters of Bingen, Washington, proved that this wonder apple was none other than the “Bloomless, Seedless, and Coreless” apple of Virginia origin. 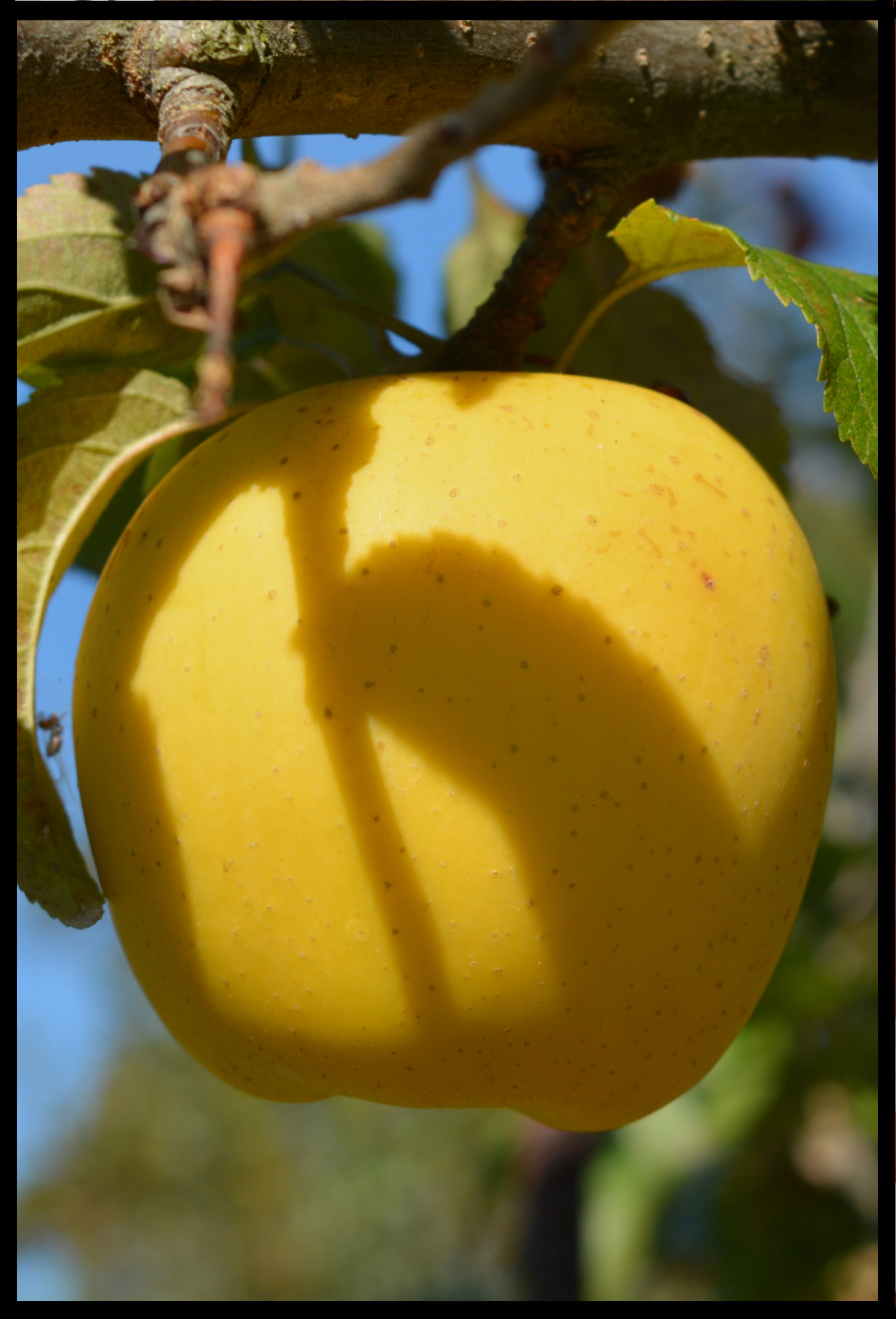 History: Ed Douglas of Bakersville, North Carolina, owns a tree of Spotted Pippin, an apple dating back to the early 1900s that Tom Brown found in 2000. 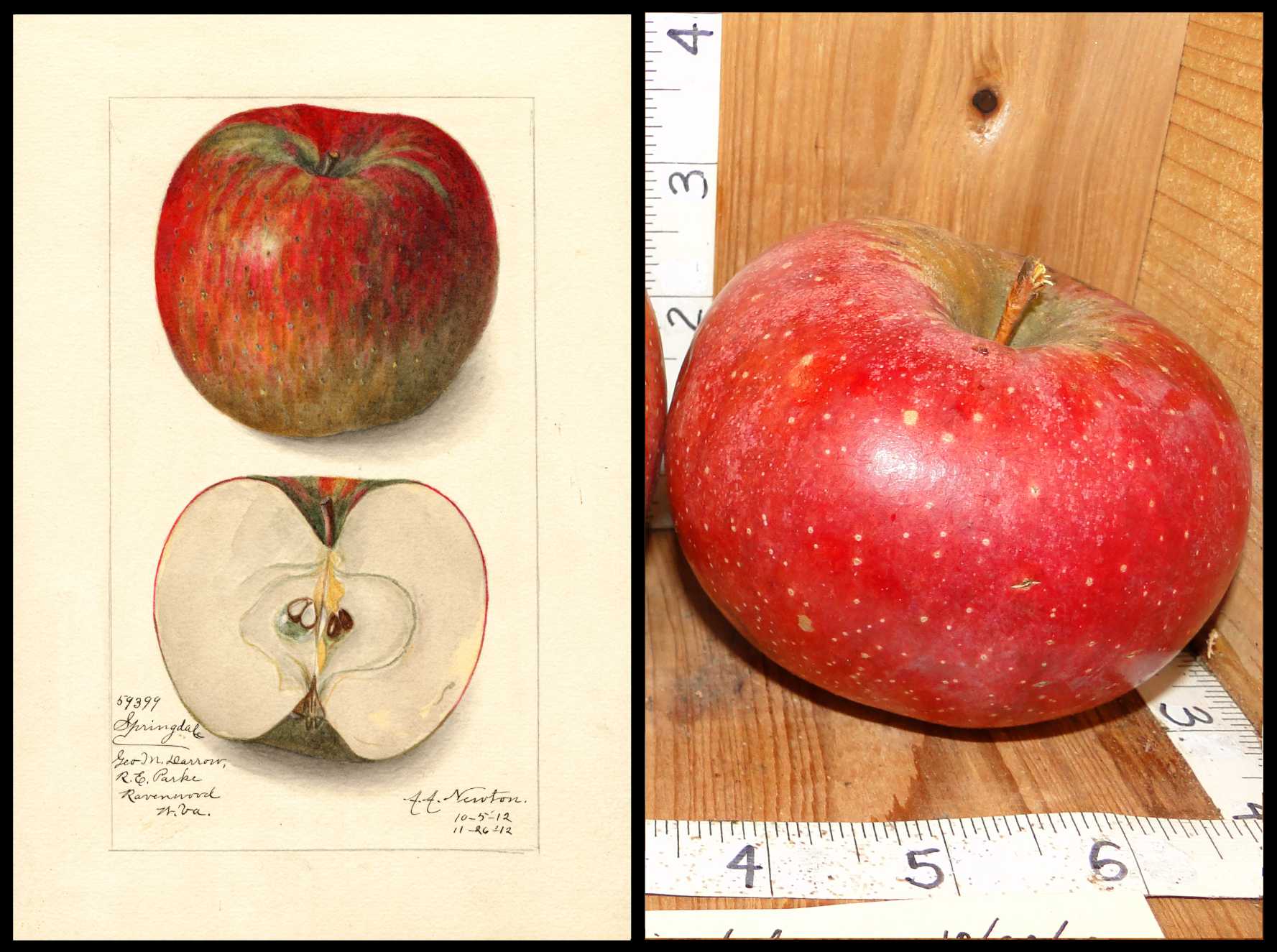 History: An Arkansas apple sold by Stark Bro’s Nursery around 1900. According to several old catalogs, it succeeds well all over the South, even in the lower piedmont, and keeps exceptionally well. 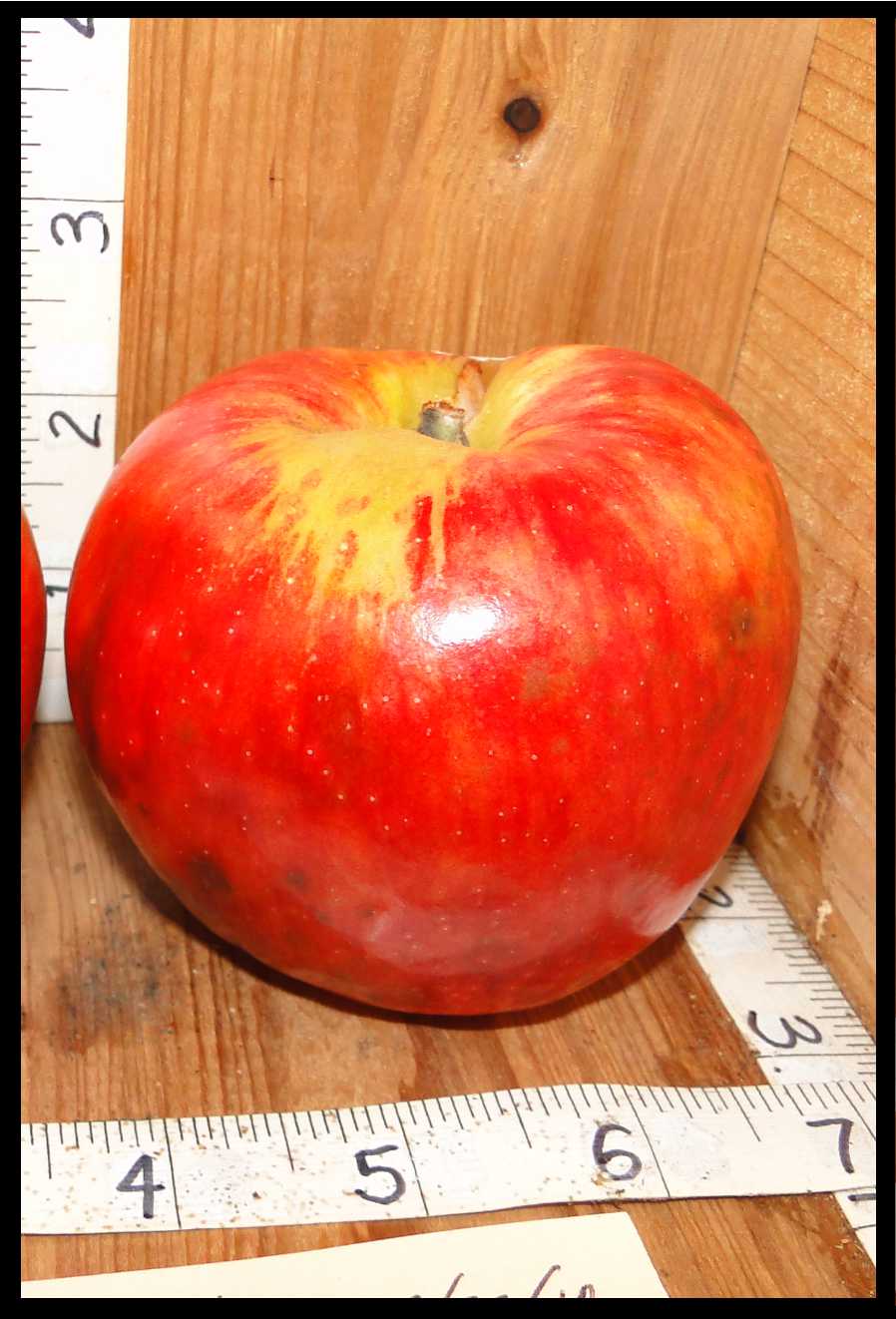 History: In 1972 the Register of New Fruit & Nut Varieties (Brooks and Olmo) said of St. Clair: “Originated in St. Clair County, Illinois, by John J. Lizakowsky. Introduced in 1947. Parentage unknown: raised from the seed of an apple purchased from a train vendor in 1913 or 1914. 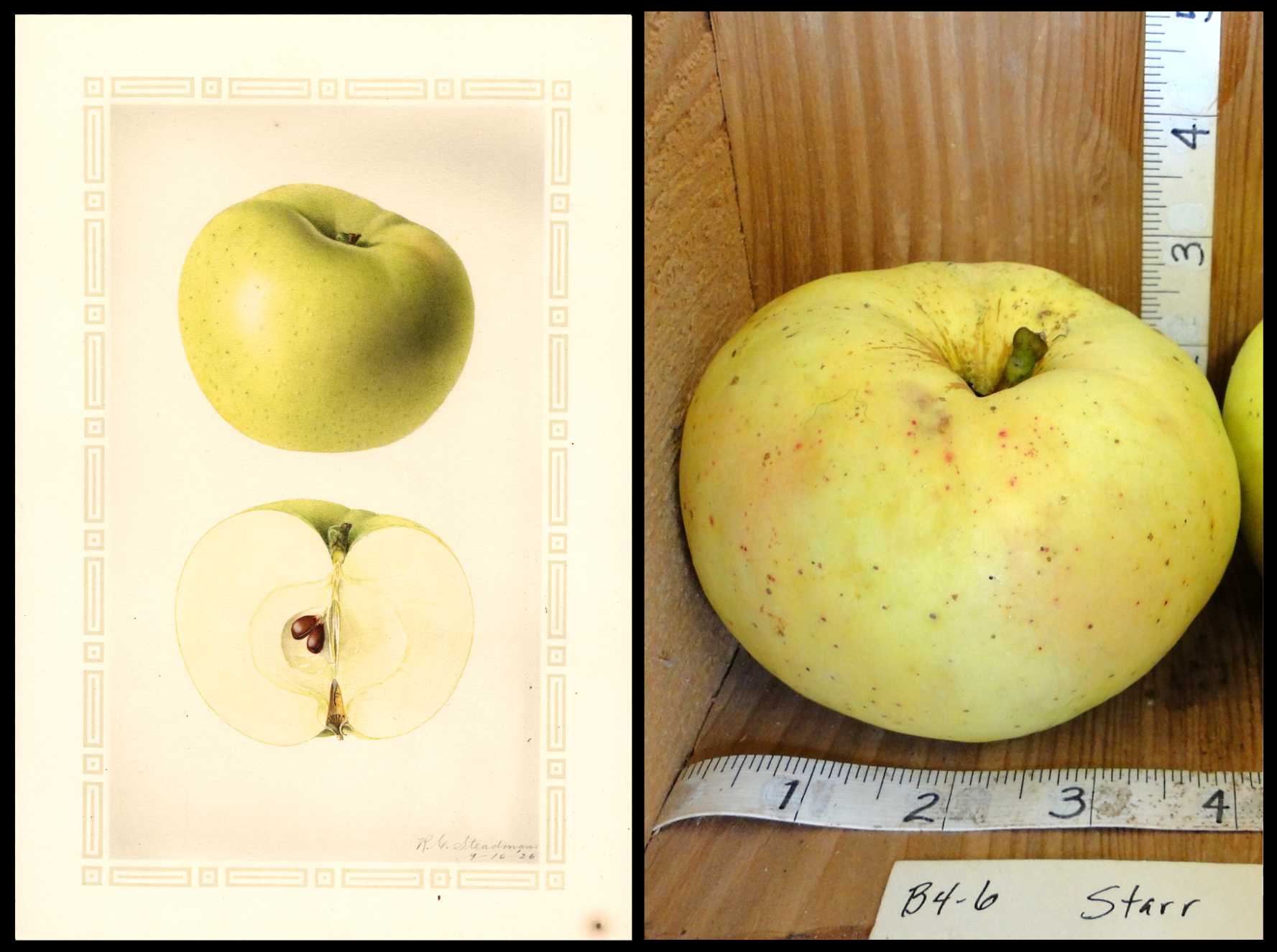 History: The tree originated before 1878 as an accidental seedling on the farm of John Starr of Woodburg, New Jersey. 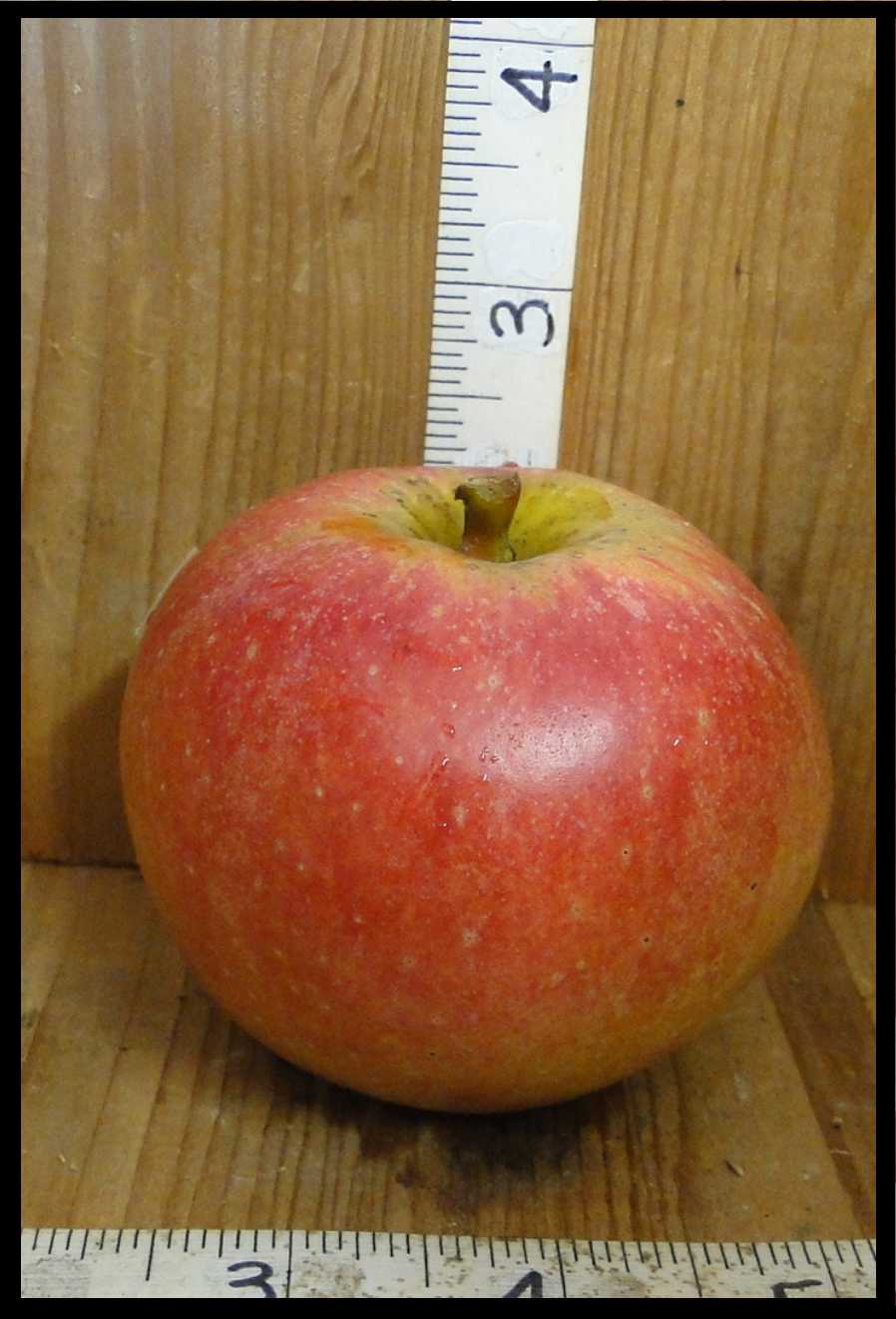 History: This apple originated with Dr. J. Stayman who planted some seeds of Winesap at Leavenworth, Kansas, in 1866. When the seedling trees were two years old, Dr. Stayman selected the best dozen young trees and moved them near his house. The tree now called Stayman bore its first fruit in 1875, and the other seedlings fruited soon thereafter. 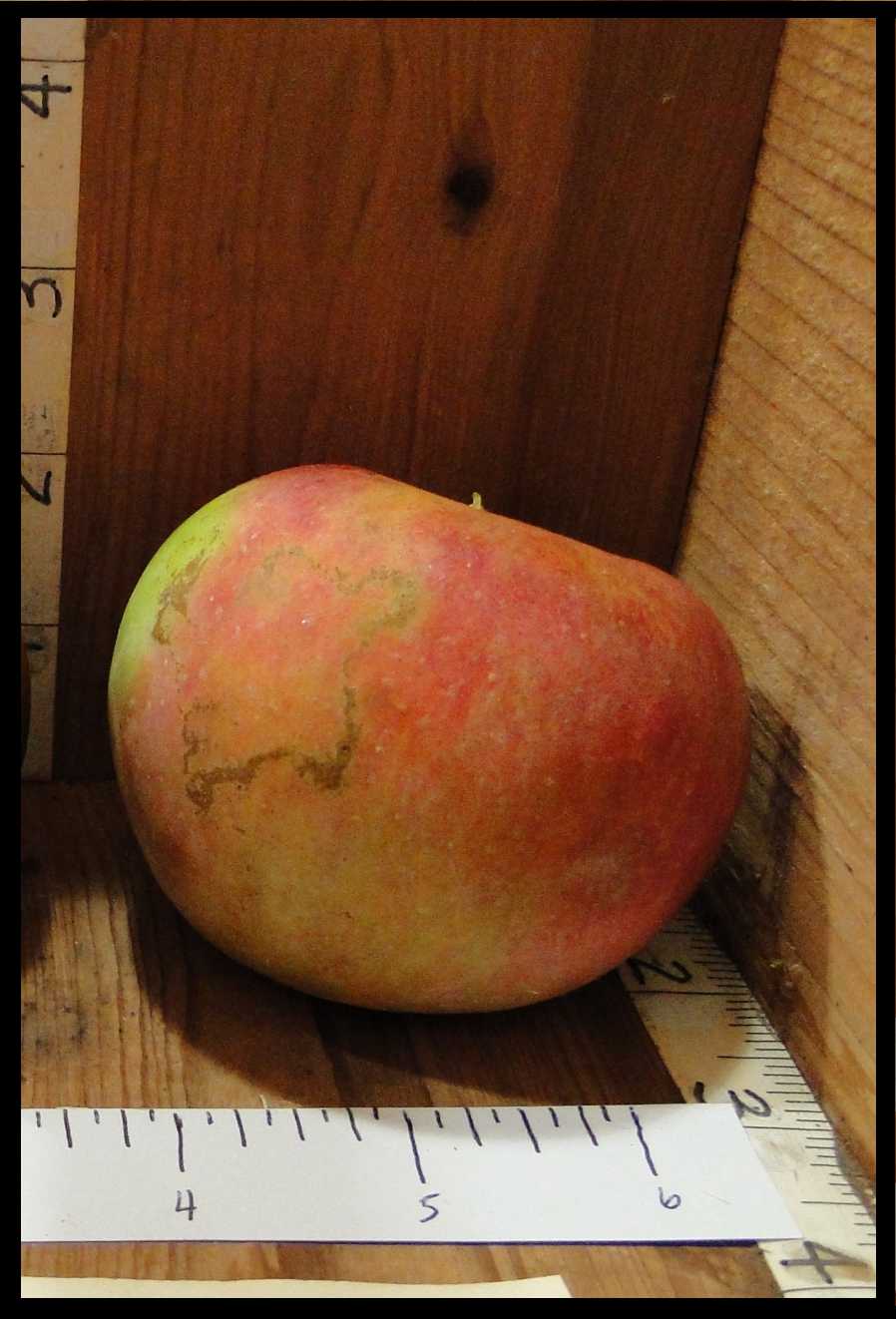 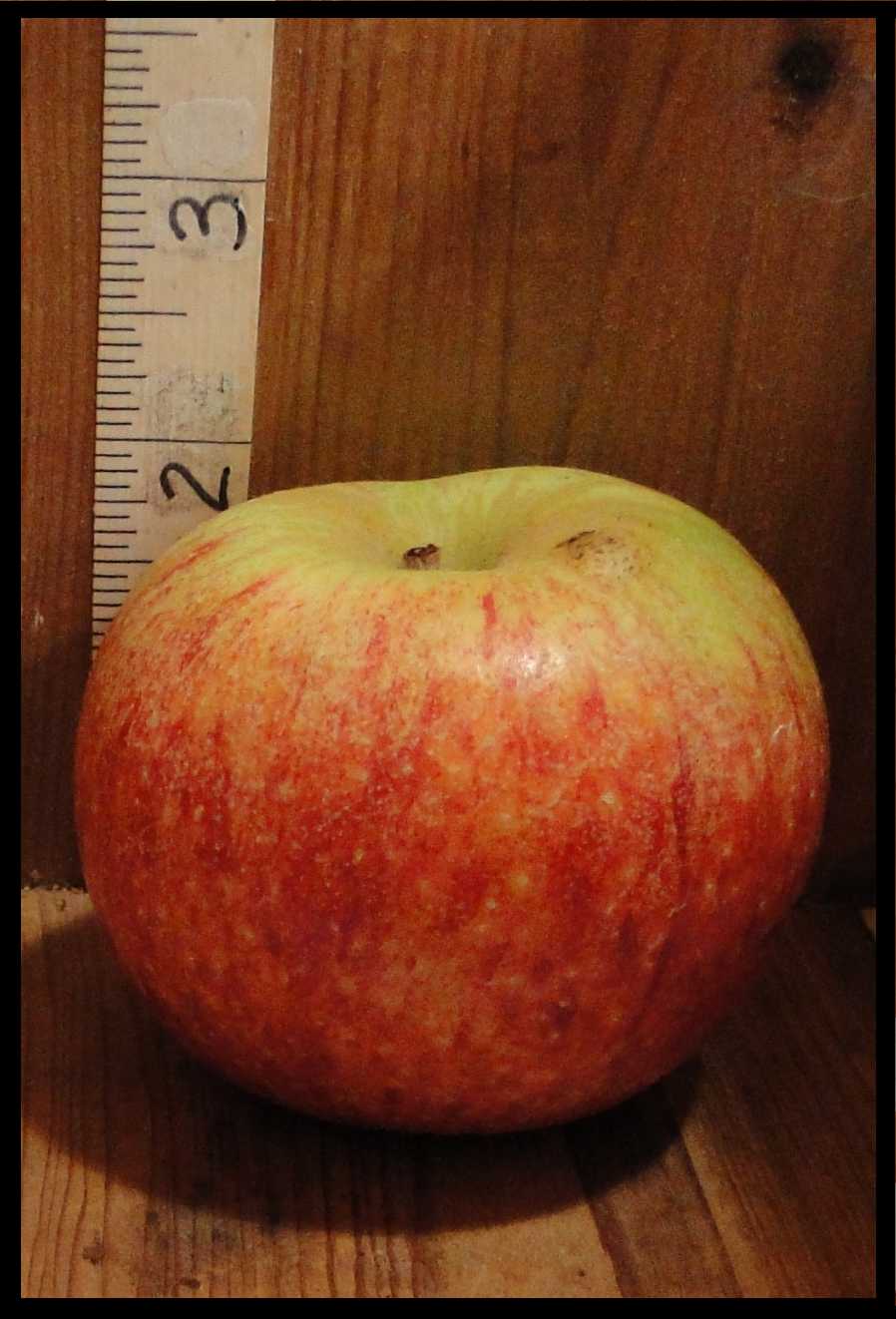 History: Originated about 1840 with William Stribling of Medon, Madison County, Tennessee. Sold from 1870 to 1897 by Kentucky nurseries and around 1900 by Stark Bro’s Nursery, which used the name Red Harvest. 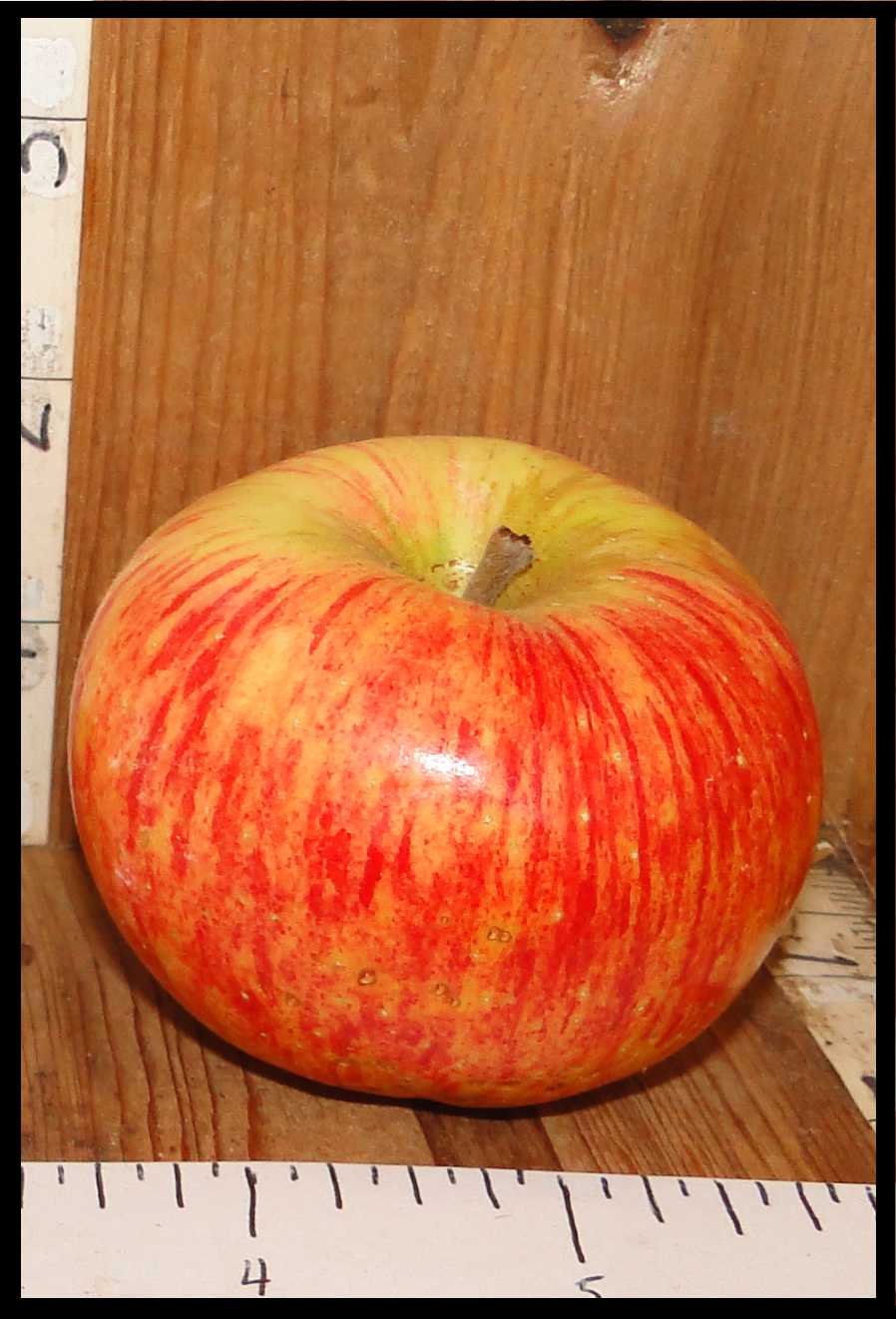 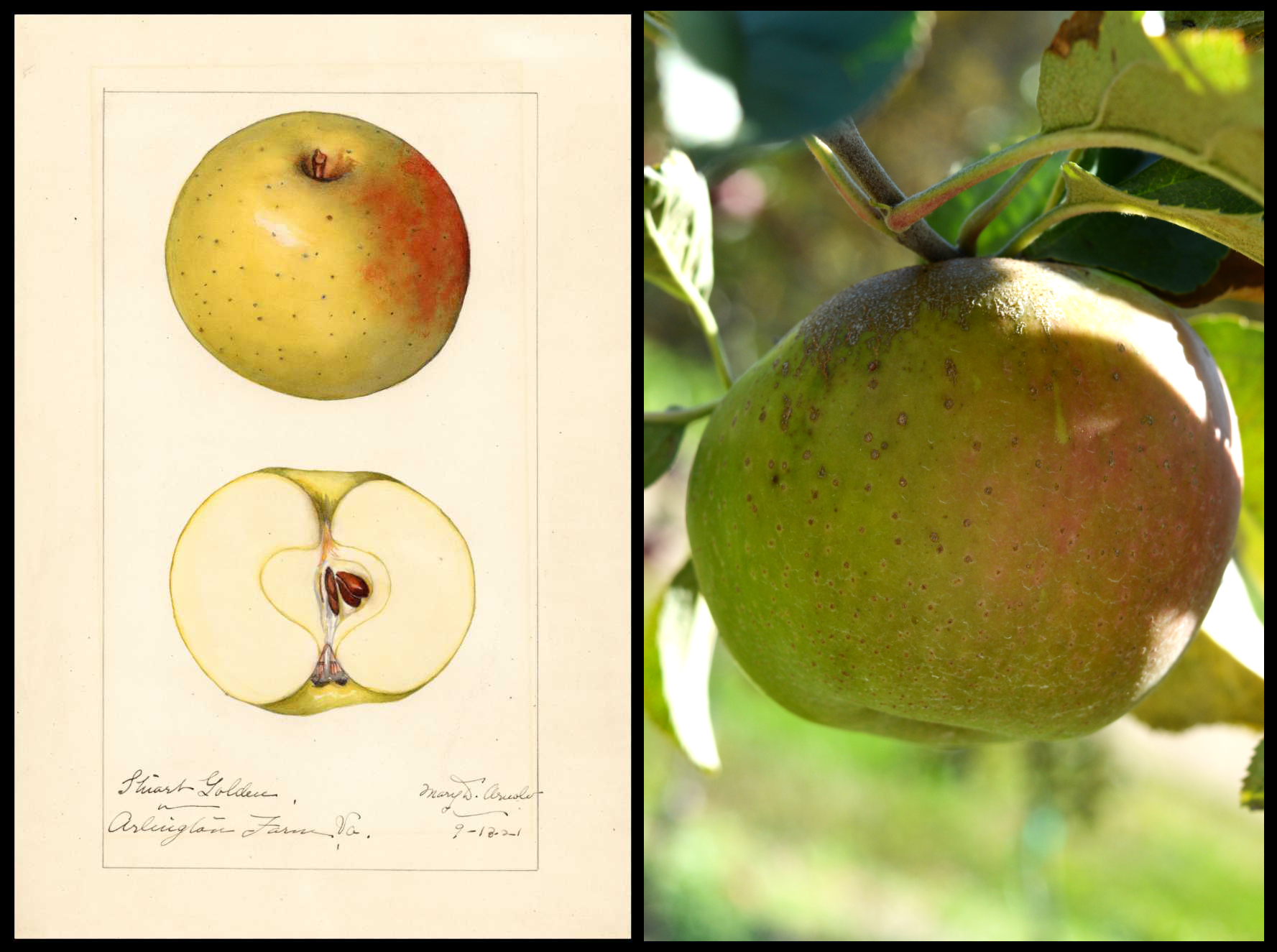 History: Originated on the farm of William Stuart, Rush Creek, Ohio, where the tree grew up near a stump. Sold in 1891 by Stark Bro’s Nursery and from 1902 to 1904 by Harrison and Sons Nurseries of Berlin, Maryland.