Excavations at the Plantation Hospital and Large Slave Quarter 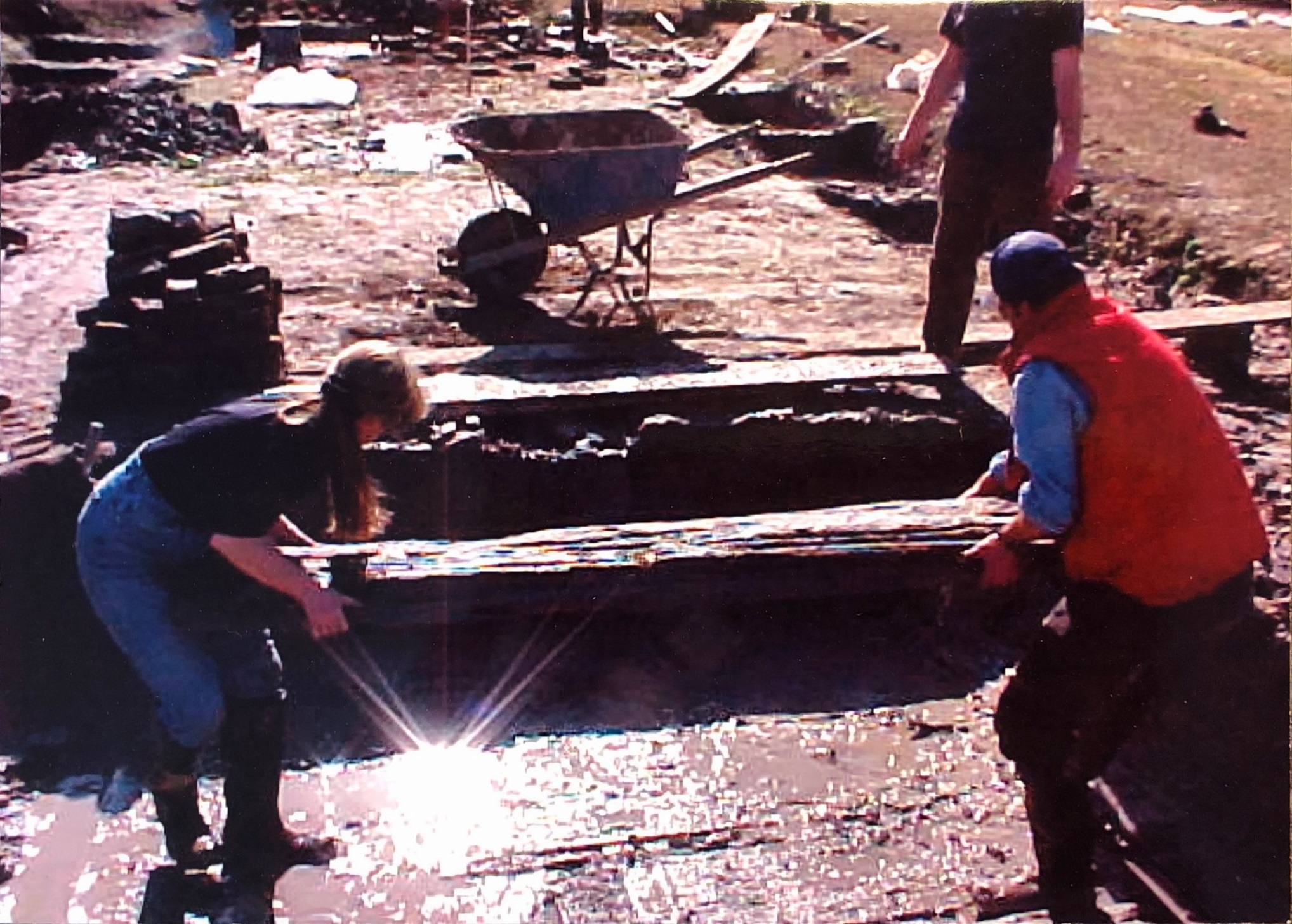 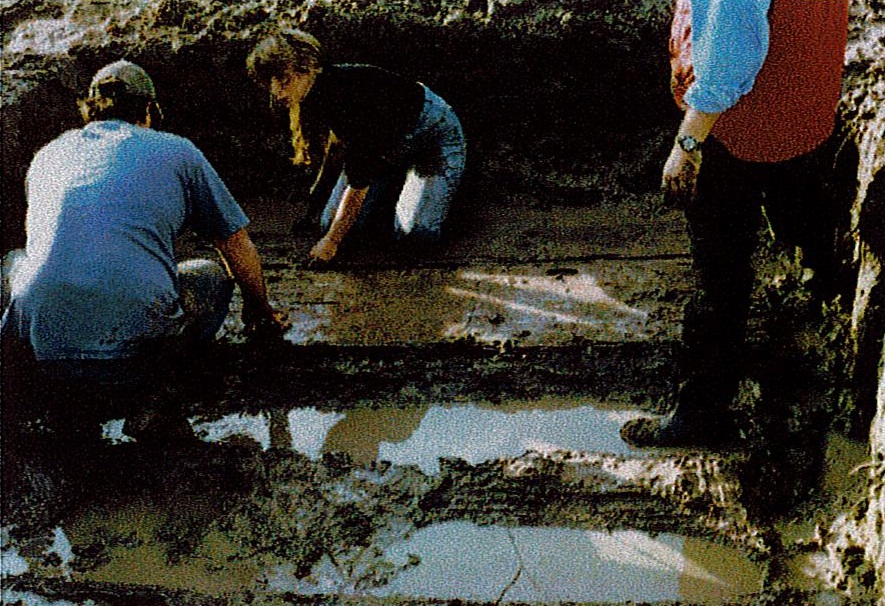 Archaeologists and conservators remove scabs (cypress planks) from beneath the brick chimney base on the north end of the hospital site. (Photos by Carl Burke, Somerset staff)