In the 1790s, Revolutionary War veteran David Vance Sr. and his wife Priscilla Brank Vance moved to the Reems Creek Valley, bringing three enslaved people with them.  Richard and Aggy, a married couple, and a third person provided the labor to establish the Vances’ plantation.  Over time, the enslaved community grew to include at least 18 people.  Enslaved people performed many jobs on the plantation.  They grew crops and tended livestock; cooked all the meals; carded, spun, and wove wool and flax into fabric; made bricks, shingles, and furniture; hauled water from the spring for cooking, drinking, and washing; cared for the Vance children; and more.  Even with all this work, enslaved people found time to create their own families, communities, and culture. 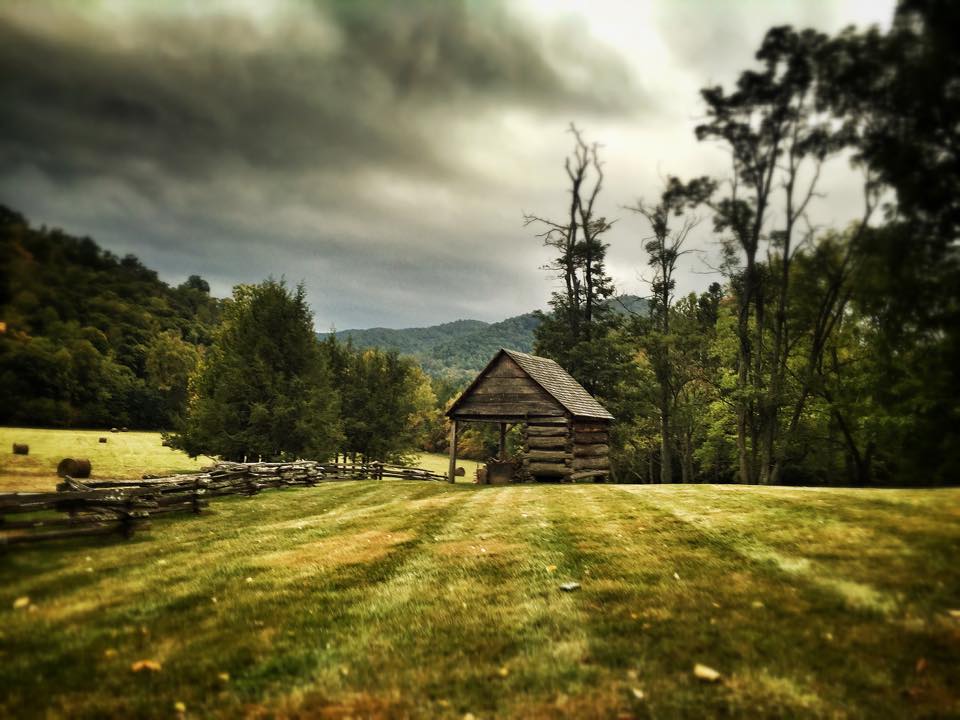 The Vances settled on land vacated by the Cherokee, whose forced removal during the Revolution created a new “frontier" in Western North Carolina.  The new American government offered parcels of this cleared land as payment for military service during the war.  Veterans like David Sr. took advantage of these land grants, often relocating their families from more settled areas.  Already wealthy and well-connected, David Vance Sr. worked as a surveyor, lawyer, and teacher in newly established Buncombe County.  He and Priscilla had eight children, five girls and three boys.  Their son, David Vance Jr. inherited the land in the Reems Creek Valley upon David Sr.'s death in 1813.

The 1827 completion of the Buncombe Turnpike, at 75-mile mountain route from Tennessee to South Carolina, created a safer route for drovers to herd their livestock to market.  Wealthy families like the Vances took advantage of the economic opportunities provided by the new route.  In the 1830s, David Vance Jr. and his wife Mira moved their family to present-day Marshall to open a drovers stand, catering to the increasing number of drovers in the area.  Essentially inns, these stands provided food and rest for the drovers and their animals--usually pigs, cows, or turkeys.

The Vance family brought the enslaved people from the farm to work at the drovers stand.  Leah Erwin, the cook, prepared all the meals for the family and visiting drovers.  She became known as the best cook in the region, but she also had one of the most difficult jobs at the drovers stand.  Her day began before the sun rose, prepping the food for everyone at the stand, and concluded after sunset--every single day.  Working over a large cook fire, Leah lifted heavy iron pots and pans, chopped vegetables from the garden, baked bread, and prepared the winter store of sauerkraut.  Working over an entirely different fire, Jim, the blacksmith, provided necessary metal work for the drovers passing through.  Venus, the children’s nanny, continued to care for Zebulon Vance and his siblings after the move to Marshall.  Other enslaved people penned and fed the animals, cleaned the rooms, and grew food for use at the stand.  According to David Jr., the stand fed over 90,000 hogs in one month.

The establishment of the Buncombe Turnpike, which ran through Asheville on its way to South Carolina, jump-started the tourist economy in this area.  Enslaved people provided the necessary labor to run drovers stands, inns, and restaurants in the new economy.   The urban areas of the county relied heavily upon enslaved labor—50% of Asheville’s population was enslaved by 1860.  The enslaved population of Buncombe county rose from 5% to 20% in less than 20 years.  Wealthy families like the Vances benefited from the institution of slavery, and this economic dependence would drive people like Zebulon Vance, David and Mira's son, to fight to maintain their way of life.

David Vance Jr. died suddenly in 1844.  As a woman, Mira could not legally take up her husband’s loans, so his debts were called in.  To cover these debts, David Jr.'s estate auctioned off the family's property.  The estate sale included the land in Marshall and the Reems Creek Valley, as well as twelve enslaved people.  While Mira repurchased Venus for $1, many of the enslaved people, including Jim, were sold.

Like Venus, Leah and her four children remained Mira’s property.  They moved with the Vances to Asheville, where Mira established her new household.  Leah continued as cook and housekeeper for Mira until the end of the Civil War.  Venus died sometime before 1850.

After the 1844 estate sale, Andrew Hemphill purchased the Vances’ property in the Reems Creek Valley for his sons to share. Benjamin (Hemphill’s youngest son) and Elizabeth Brank Hemphill moved into the house where Mira Vance gave birth to Zebulon in 1830, and where Leah Erwin had prepared the meals every day over the kitchen fire.

Facing financial troubles early on in their marriage, Benjamin and Elizabeth Hemphill reacted very differently. On a whim, Benjamin left his family—his pregnant wife and two young children—and set off for California in 1852 to look for gold. He would not return until 1901. Receiving little word from her husband--and even less money--Elizabeth raised all the cash she could to repurchase her home. Standing on the Buncombe County Courthouse steps, Elizabeth bid $1,300 to keep the house and land.

For decades, Elizabeth lived in the former Vance house, raising her children and grandchildren, working on the family farm, and operating a post office from her sitting room. By the 1890s, the house was rundown and needed repairs. When a falling beam narrowly missed Elizabeth, her son-in-law began renovations on the building. Additional modifications through the twentieth century changed the façade of the house, shifting it from a log cabin-style structure to a clapboard-sided dwelling. After Elizabeth’s death in 1909, the house remained in the family until 1932, when her grandson, Bates Alonzo Fox, defaulted on a payment and lost the property.

Once again, the property was put up for auction. J.L. Wheeler purchased the land for $850 but never occupied the Vance home. The house had several tenants over the years, including the Lunsford family who resided there during World War II. The structure continued to deteriorate, but tourists began visiting the house to catch a glimpse of Zebulon Vance's birthplace. Local organizations, and then the state government began to contemplate a restoration project that would bring the property back to life.

Though funding for the Vance Birthplace project remained scarce through World War II, the state of North Carolina finally acquired 2.28 acres from the Wheeler family in 1957. By 1960, workmen began reconstructing the Vance house, utilizing materials salvaged from the original building, as well as other dwellings in the area. Local citizens donated artifacts and structures, including three outbuildings and a 1790s slave dwelling that were relocated to the site. After a dedication ceremony on May 13, 1962, the Zebulon B. Vance Birthplace opened to the public.

Over the years, the narrative at the Vance Birthplace has shifted from a focus on Zebulon Vance and his family to a broader interpretation of the property's history. Our staff strives to understand and share how each person's life impacted the story of North Carolina, from the Cherokee who occupied this land for thousands of years, to the 27 enslaved men, women, and children who labored here. You can learn more about our site's history by planning a visit to the Vance Birthplace.