A major pre-Revolutionary port on North Carolina's Cape Fear River, Brunswick was razed by British troops in 1776 and never rebuilt. During the Civil War, Ft. Anderson was constructed atop the old town site. Colonial foundations dot the present-day tour trail, which bisects the earthworks of the Confederate fort. This serene riverside setting, colonial and Civil War history, and colorful exhibits will be long remembered by visitors.

The Town of Brunswick 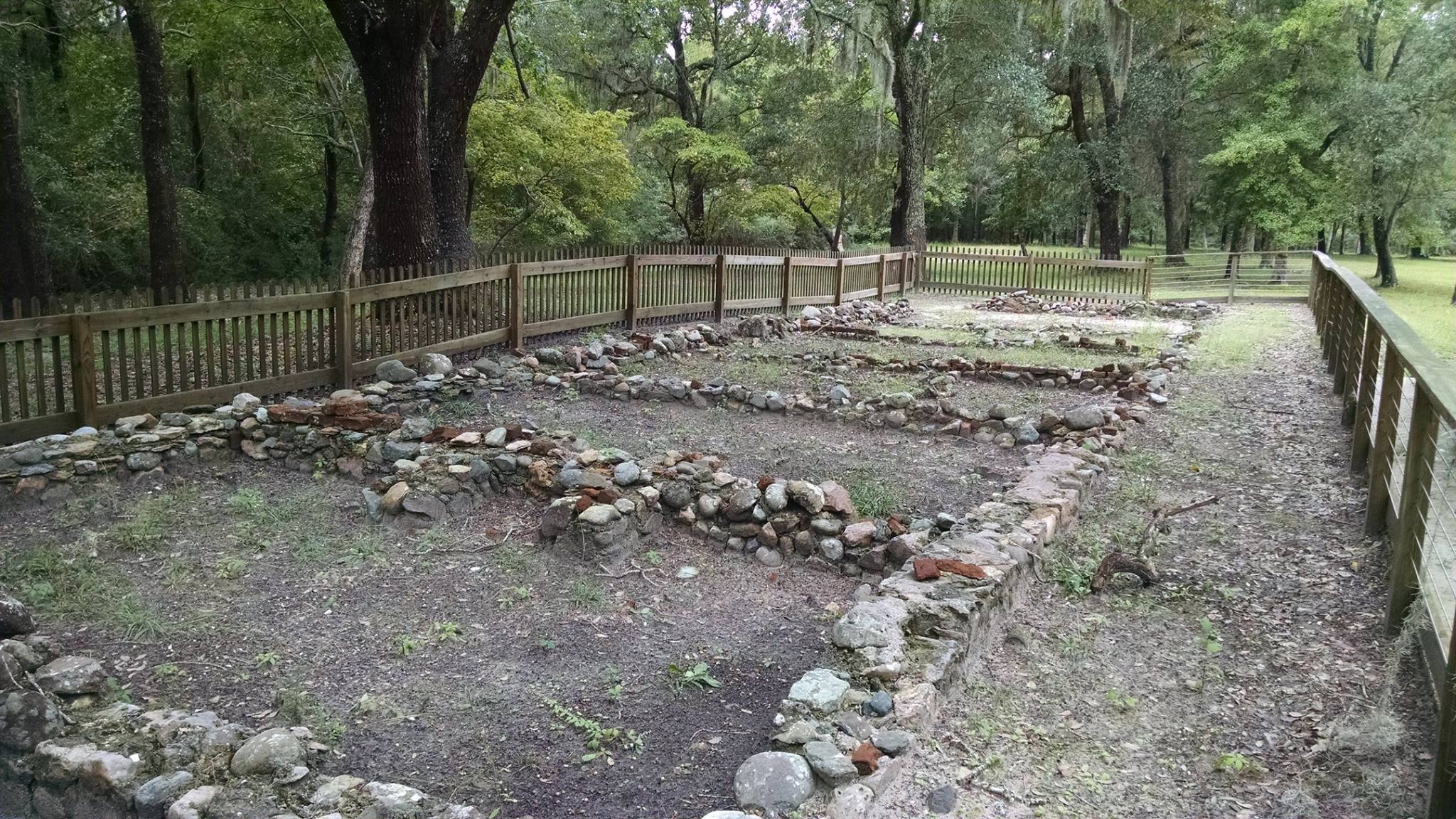 This quiet, picturesque site on the banks of the Cape Fear River has an amazing past. In 1726 Maurice Moore, the son of a former South Carolina governor, founded this port town. North Carolina was a colony of England, and the town was named Brunswick to honor George I, the king of England, who was also duke of Brunswick in what is now Germany..

The port became a bustling shipping area for exporting tar, pitch, and turpentine. These products, derived from the longleaf pine, were known collectively as naval stores. This "sticky gold" was essential for building and maintaining the great wooden sailing ships of the Royal Navy and the merchant fleet that sailed the oceans between Europe, its American colonies, and the islands of the Caribbean.

With two successive royal governors in residence, Brunswick was the de facto capital of the colony and the colonial assembly occasionally met in the courthouse. Official port functions required merchants to pay taxes and shipping costs to the local representatives of the English Crown. In 1765 the colonists challenged the Crown's authority to distribute hated tax stamps. That action, eight years before the Boston Tea Party, halted the collection of the tax along the Cape Fear.

Brunswick's decline resulted from several factors, including the growth of Wilmington and the relocation of most political appointments. Few people remained in Brunswick in the spring of 1776 when British redcoats were put ashore in March and again in May. Some reports indicate that much of the town was burned during the second raid. By the end of the Revolutionary War families and merchants had moved to other locations, and the ruins and land became part of Orton Plantation in 1842. 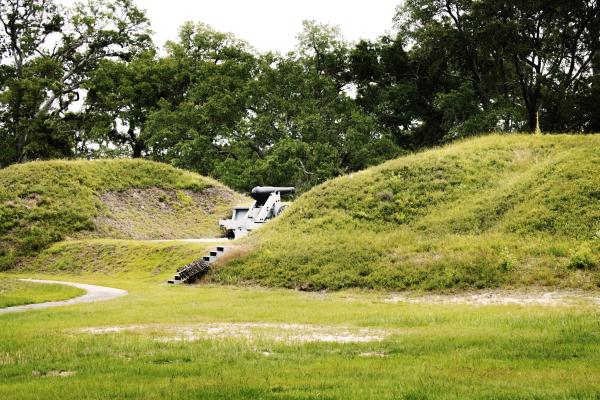 After decades of calm, the site once again entered the forefront of history in a national storm, the Civil War. In 1861 the Confederate States of America decided to take advantage of the high bluffs overlooking the river by building a large fort at the site as part of the river defense of Wilmington. The Cape Fear was an essential route for supplies moving by rail from Wilmington to Petersburg and Richmond for General Lee's army.

In February 1865, a month after the fall of Fort Fisher at the mouth of the river, Union forces repositioned to attack Fort Anderson. Federals attacked from the land and river. After three days of bombardment, the Confederates evacuated the fort at night. Union gunboats started firing at first light, unaware Federal soldiers were scaling the walls of the fort. The infantry frantically waved sheets and blankets to stop the deadly fire from their own forces. Union Admiral David Porter came ashore to accept the surrender of Fort Anderson from Union General Jacob Cox. The Federals occupied Wilmington on George Washington's birthday, February 22, 1865. 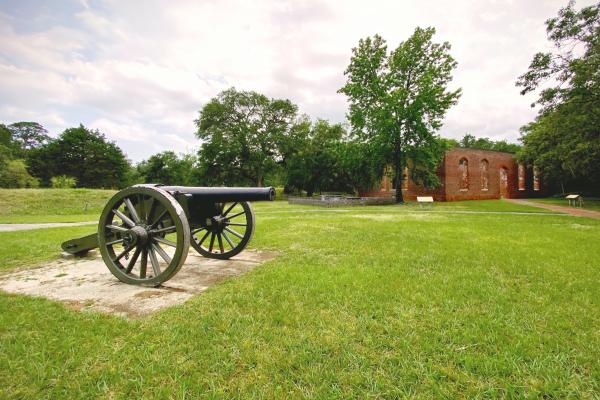 In the late 1950s historian and amateur archaeologist Lawrence Lee  uncovered foundations from Brunswick's earliest days. Recognizing the scope and significance of the ruins, Lee brought in archaeologist Stanley South to conduct excavations of the town site in the late 1950s to 1960s.. The most visible structure is the hulk of St. Philip's Anglican Church with its surviving walls dating back to 1754. Another interesting foundation is Russellborough, an old sea captain's house that was used by royal governors Tryon and Dobbs.

The visitor center houses displays that cover the time periods of both the town and the fort. In the lobby is a colorful mural created by Claude Howell and Catherine Hendricksen depicting a scene from a Spanish attack on the town in 1748. A cannon on display was recovered from the river in 1986 and is believed to be from the Spanish ship Fortuna, which blew up in the river as the townspeople regained control of the port.

The remains of homes, businesses, and other buildings bear witness to the story of Brunswick. Along with artifacts from the Civil War and the imposing mounds of Fort Anderson, this site offers a unique look at two fascinating periods of American history.

"For there are deeds that should not pass away,
And names that must not wither."
- Plaque in St. Philip's Church

Index of Native American Resources on the Internet